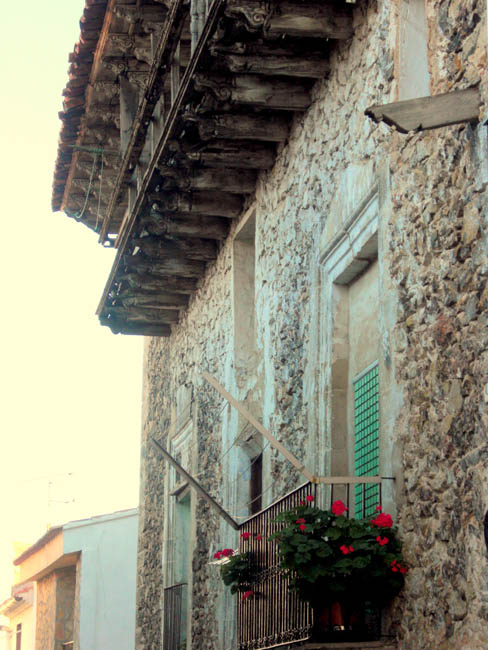 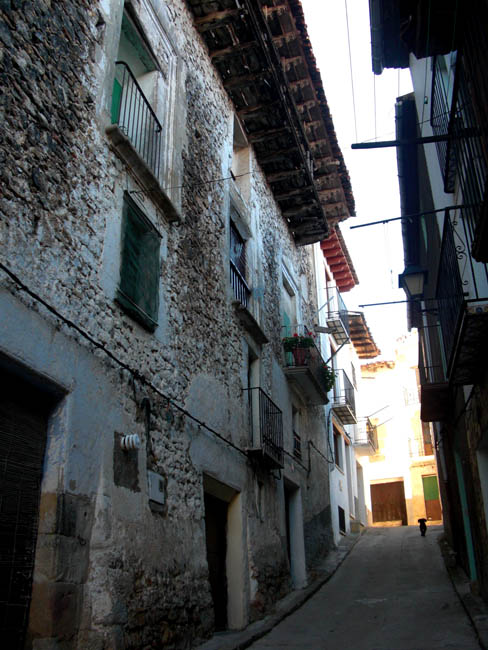 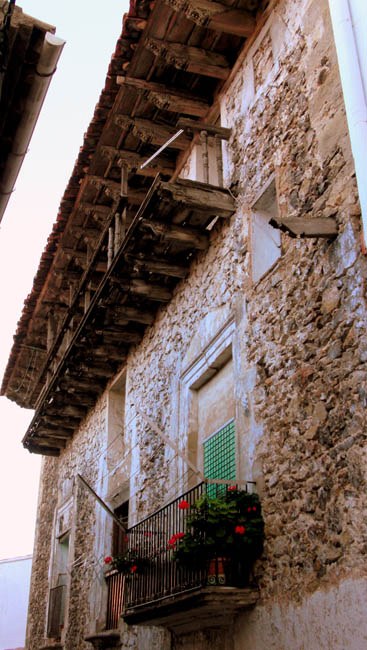 Both buildings form part of the same complex. On one side we find a Renaissance palace, the façade of which is crowned by impressive carved wooden eaves. The interventions throughout the years have opened and closed gaps in it, but its tripartite composition can still be seen, with the entrance doors on the ground floor, three large linteled balconies in the central space and a large balcony, again carved in wood, on the upper floor. The great unevenness of calle Jesús makes this building even more impressive.

The Palace, that would have been the residence of the feudal lord, it was inhabited by the King of the Crown of Aragon, Peter IV The Ceremonious, in 1338, from where he sent an ambassador to the Pope to resolve some conflicts.

Attached to it is the old prison, a building is preserves the cell where the prisoners were being held. The entire complex was finished with some large stables covered with rounded arches in which a municipal forge was located, that still works to this day.