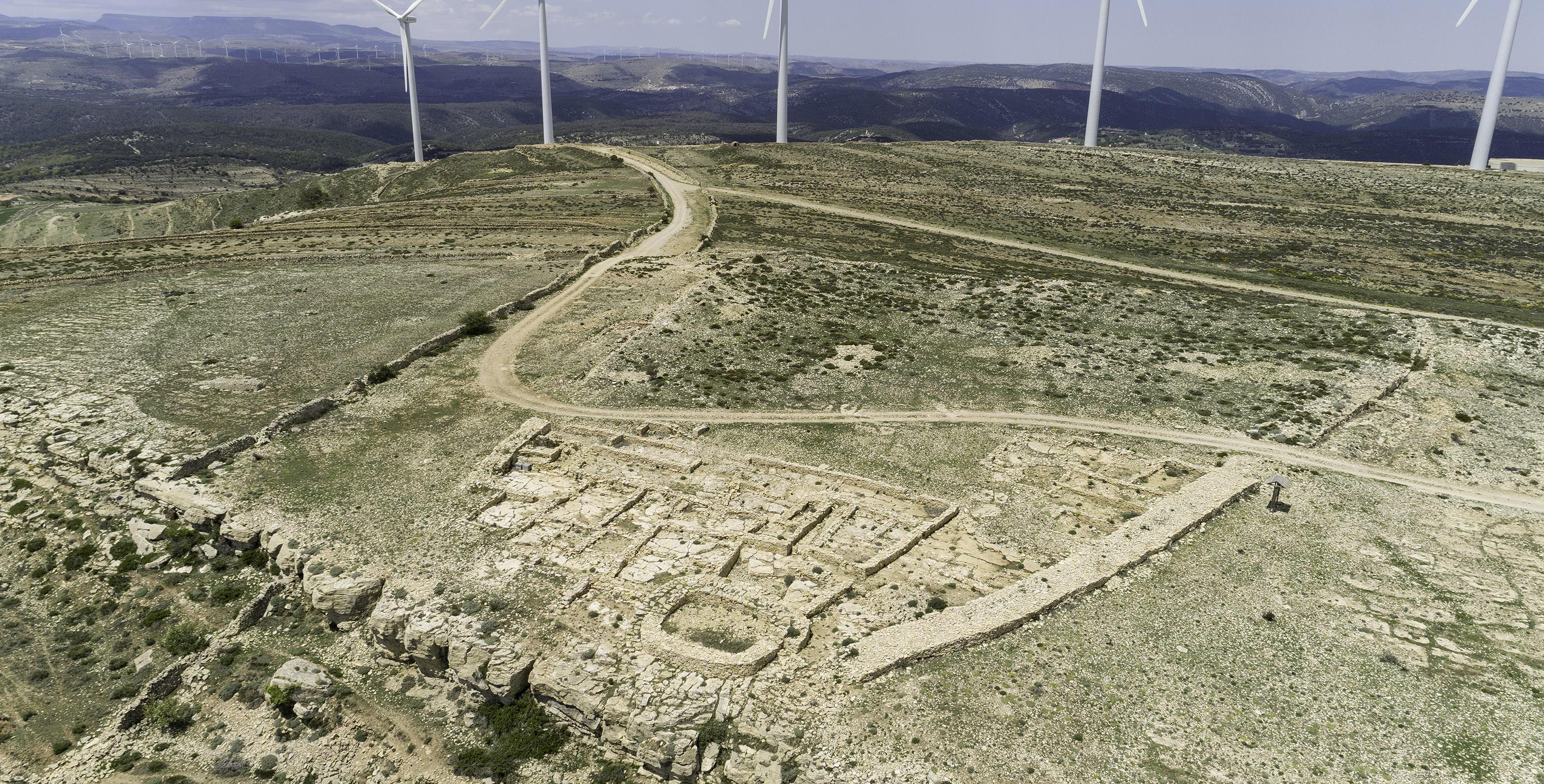 A landscape with a great history

Lloma Comuna is a fortified village in the municipality of Castellfort (Castellón), in the region of Els Ports. It spreads out over 6,000m2 at an altitude of 1,295 m at the west end of the area known as Les Llomes de Folch. There have been two archaeological campaigns on the site, with a third phase focusing on structural conservation. These interventions concentrated especially on the south area of Lloma Comuna, and revealed several defensive walls, making it possible to identify the main role and urban layout of this settlement.