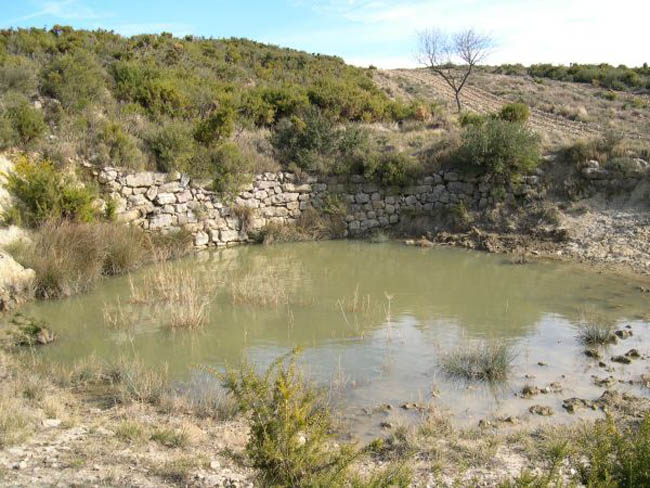 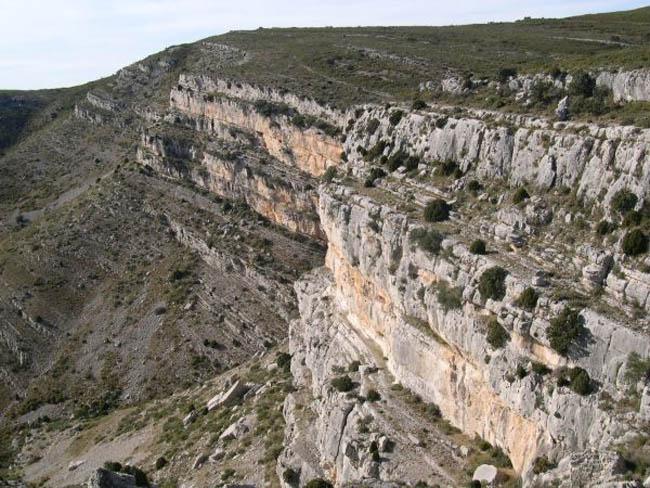 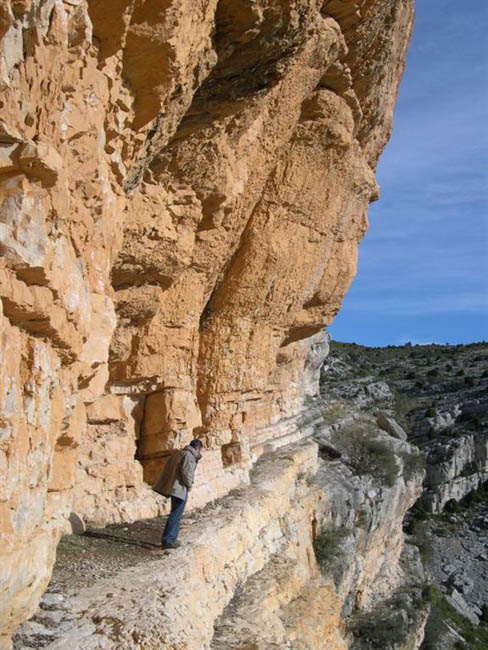 From a geological point of view, the study area belongs to the Northeastern Iberian System and more precisely, to the tabular scope del Maestrat. It is distinguished by its tabular structure, with wide waves due to large radius folds that start, as a characteristic relief, the presence of teeth, arranged horizontally. Jurassic and Cretaceous outcrops dominate the area of the Paraje.

El Paraje presents an elevated ecological value, both florally and faunally. In regards to the plant communities it deserves to be highlighted the predominance of open scrub formed mainly by junipers and lavender, however Kermes oak and other specials typical of Mediterranean sclerophyllous scrub. In regards to the fauna, in the Paraje and its surroundings, a large number of species have been identified, of which, 13 are included in the Valencian Catalogue of Endangered Fauna, 12 in the Protected category and 1 in the Vulnerable category.
From a landscape point of view, the Paraje has a high value at both a local and regional level. Only one landscape unit is distinguished in which the cliffs, the complex topography and the vegetation form a rugged scene of great beauty for the visitor. We can find beautiful spots, such as the Racó del Frare that is located at the top of a small closed ravine and is marked by large calcium landslides.
Another notable aspect of the Paraje is its public use, by way of trail PRV-214 and its variants, that run through the center of the Paraje through La Ratlla, La Rambleta and Barranc del Salt ravines, covering an important part of its area.

Due to all of this, and due to the town council’s initiative, the Generalitat (the Valencian government), in the exercise of its autonomous powers, considered it necessary to establish a special set of rules for the protection and conservation of the natural values of this space.