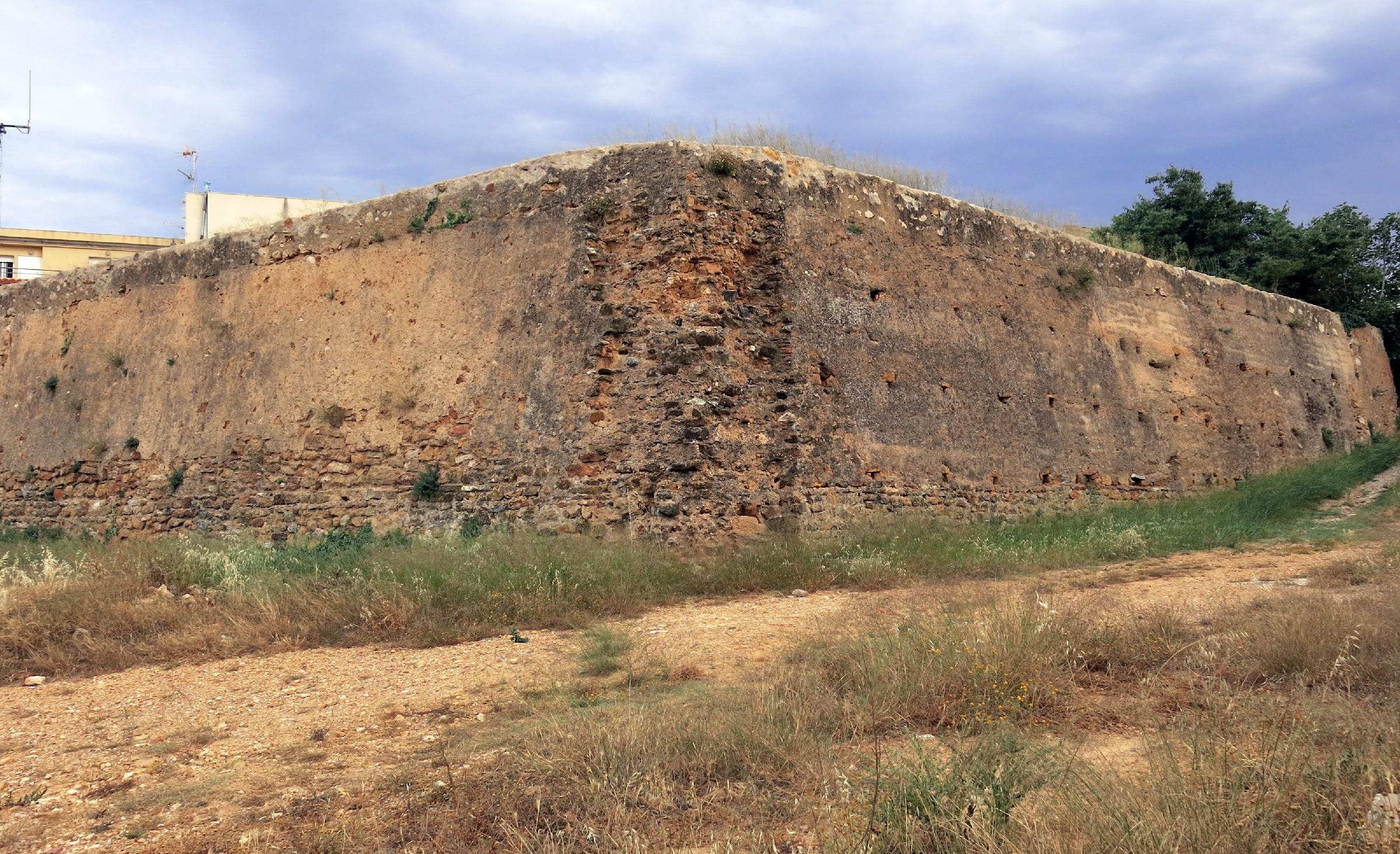 The town is facing towards the south making the most of the smooth slope of the hill where it is sat.

At midday, the streets and square make the most of the inclination of the terrain, cut abruptly on its north side by a spur where remains of the the stretch of the Medieval wall and a gate that closed the walled complex are preserved.

Traiguera in the 6th-1st centuries BC was a small Iberian city in Ilercavonia, from where, according to the legend that arose, the mythical Caudillo Mandomio, known later as the "Viriato del Maestrazgo”, so called for having gathered the Ilvercone tribes against the Roman general Scipio. At the end of the resistance, the town intergrated itself in the process of Romanization of the lands, it experienced a certain boom, due to its proximity to the Via Augusta. A bronze “Dionysus”, ceramic remains and some untapped deposits were preserved. In the 13th century, James I conquered these lands dominated by the Moors, becoming dependent first to the Order of Malta and then the Order of Montesa (14th century). The three invitations to the Court of the Kingdom of Valencia (1411, 1421 and 1429) reflect the importance of the town, reinforced by the economic boom of the 16th century, based on agriculture and trade. The town took part in important national events: the War of Succession (18th century), agains the invasion of the French and in the three Carlist Wars of the 19th century. In October 1648, after the taking of Tortosa by the French, the Baron Seebach assured the Conde de Oropesa that 2000 footmen and 1000 horsemen at the command of Baron de Marssi had been prepared to attack Vinaroz. Because of this, Seebach organized the defence of the Valencian border with Catalonia, from San Mateo, capital of Maestrazgo of the Order of Montesa. In 1649 the coup was expected and the Viceroy of Valencia ordered an urgent supply of all the squares in the northern reaches of Valencia. At the request of the Marquess of Leganés, fortifications were erected in the square on the boder of Valencia with Catalonia from Morella to Benicarló and Peñíscola passing by Traiguera. The town of Traiguera is in the province of Castellón, in the region of Bajo Maestrazgo. The town is facing towards the south making the most of the smooth slope of the hill where it is sat. At midday, the streets and square make the most of the inclination of the terrain, cut abruptly on its north side by a spur where remains of the the stretch of the Medieval wall and a gate that closed the walled complex are preserved (13th–14th century). Triaguera had its first medieval walled complex. Different orders of the masters of Monesta are known, Fr. Pedro de Thous and Fr. Berenguer March in 1371,1374 and 1375 and Fr. Romeu de Corbera in 1411, where he specified interest to reinforce the walls and raise the town walls some six spans more and some eight thick above the preexisitng walls. Previously with the objective of proceeding to the new border fortifications of the Kingdom of Valencia with Catalonia, from 1640, the King asked the towns and cities of all the Kingdom for a general contribution to cover a new walled bastion complex for Traiguera. It was the engineer Isasi who ordered the fortification works of the town. In the Simanca archive plans for this fortification can be found. In one of the plans it is possible to see the layout of the medieval wall with eight towers. Two of these flanked the entrance in the western part. For the new fortress only two sections of the old walled complex were taken advantage of. The new fortification that was meant to be built was an insourmountable walled complex with a total of nine ramparts, five of these in the interior polygon and four isolated on the exterior. With the star-shaped appearance it would completely surround the town of Traiguera. From the recognition of the conserved remains, the initial layout of Captain Alexandre (1640) was almost completely modified following the opinion of the maestre de campo, Don Ventura de Tarrangona and engineer Francisco de Isasi. In just over a year, four bastions were completely erected, corresponding to the North and East sides of the fortress, those that, in the case of an invasion, would be the first ot face the offensive. The conservation of the Northwestern bastion allows to deduce that the solution on the side of maestre de campo Tarragona, whose layout of this rampart in the plan corresponds with the conserved remains. The remains of both walled complexes are preserved (C.Pérez-Olagüe)