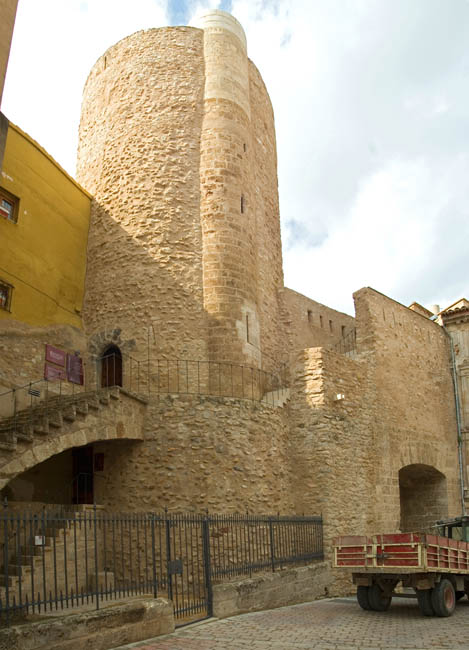 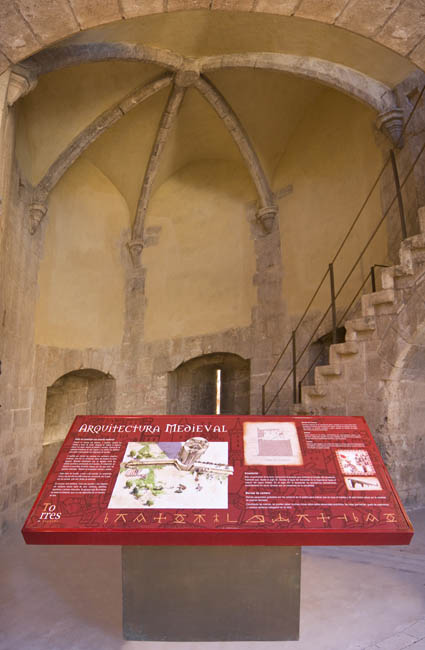 The Towers of Segorbe Interpretation Centre occupies the space of two of its most emblematic defensive elements built in the 14th century: the Executioner’s Tower, and the Prison Tower built to defend the Portal of Teruel. In this scenery full of history, the Interpretation Center shows visitors the changes of Segorbe: from the original settlement to the magnificent medieval city when Muslims and Christians lived together. Within the sober rooms of the Towers, we will meet Segorbe’s most important figures: «Sayyid» Abú Zaid, Maria de Luna, and «Infante Fortuna».

The Historical and Natural Heritage of Segorbe can be admired from the privileged lookout on the top of the Prison Tower.

In the dungeons, a prisoner deplores his unfair fate.

A section of the parapet walk of the medieval walls connects the Prison Tower to the Executioner’s Tower, where we will discover the intricate details of medieval architecture.