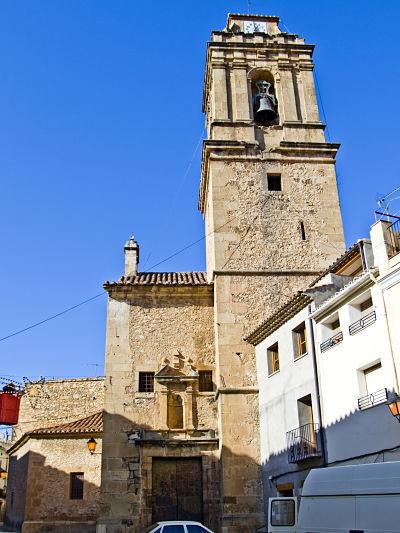 The oldest reference dates from 1375. It has several altars, including la Virgen de Belén, of Baroque style, of the 14th-15th century, the Cristo de la Piedad, dated from 1697 and attributed to Juan Muñoz, and Virgen del Rosario, dated from 1575-1576, as the most important ones.

The bell tower is documented as a construction build as a relevant event, and it does not appear in any other document, so the church can be considered as older than this one.

The decoration on the Solomonic columns consists of acanthus and grape leaves and late clusters, as it was done in the Baroque, which is the artistic style of the entire altarpiece.

The communion chapel forms a body attached to the temple. In the part that is oriented to the San Bartolome Street, a plain cross among roses from 1590 can be observed.