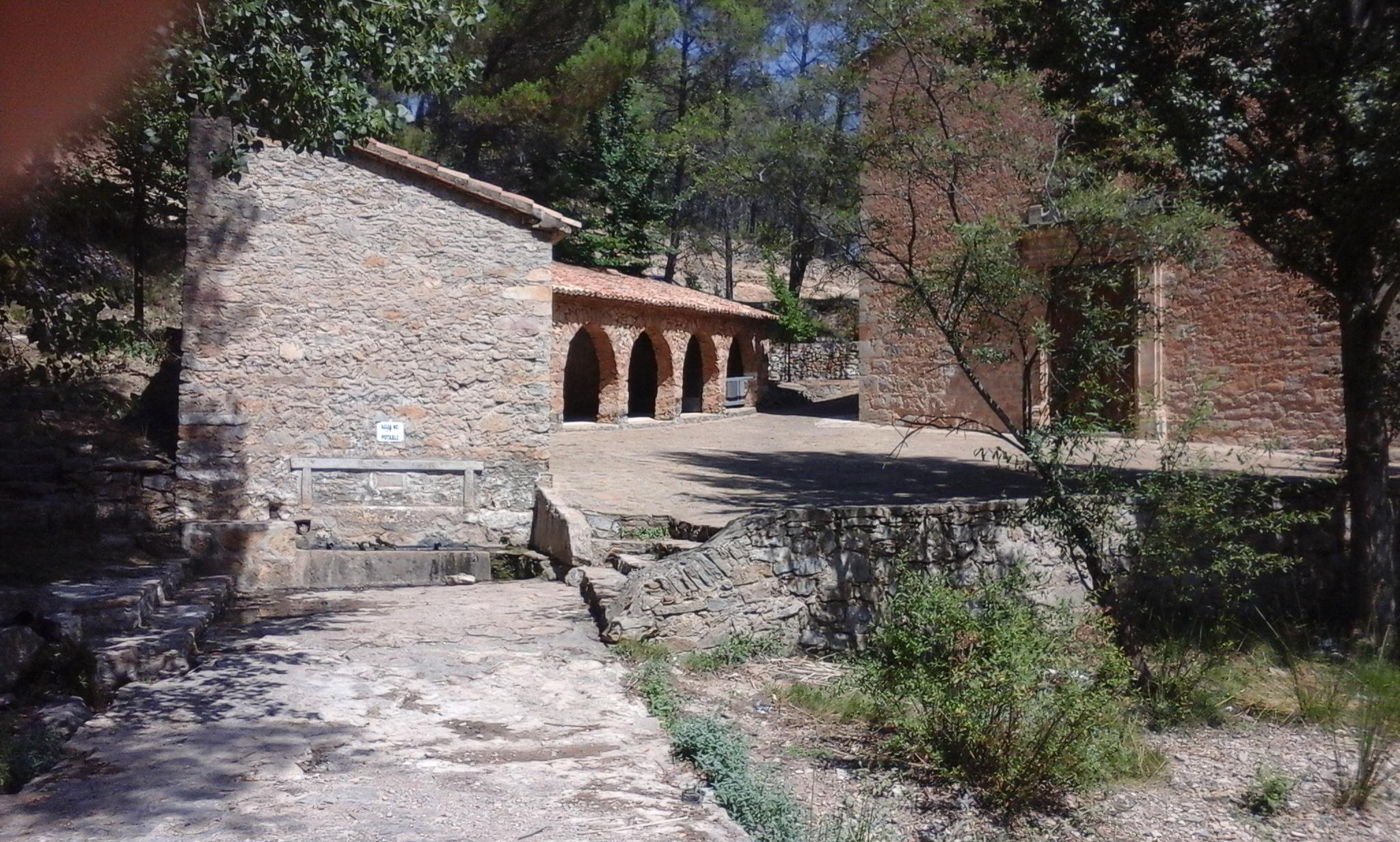 This ermita, or small church, is dedicated to Zucaina’s patron saint. It was built at the end of the 18th century and is located at a distance of 4 km from the village, on the way to Montanejos by the CV-195 road. Located in a spot of incredible natural beauty, it is built on the right bank of the Rambla de Santa Ana - a tributary to the Villahermosa River, and next to a fresh water fountain. An area for grilling meat or cooking paella is next to the fountain, and there are various concrete tables and benches around the ermita where you can sit to eat. The ermita was constructed on account on the multiple visions of Santa Ana that a young shepherdess who lived in one of the country houses now located close to the ermita had. The saint appeared on a large bramble that mysteriously did not prick her, and in her last apparition she told the people of Zucaina that they were to build an ermita in this location. The locals profess a strong devotion to Santa Ana as according to a plaque in the ermita, she saved the town from cholera in the late 19th century. On 1 May every year, a large pilgrimage is made from the village to the ermita and two solemn masses are held. Numerous market stalls, where you can buy various things, crop up on this day. Another important date, although attended by fewer people than on the previous date, is 26 July, or the day of San Joaquín and Santa Ana. A formal mass is held in the ermita and a cake known as a rebaná is shared out between those present. This day is known as the day of ‘Santa Ana de la Rebaná’. The front façade and interior of the ermita have recently been restored, returning the structure to its original appearance. These refurbishments have resolved the damp that affected the interior of the ermita and had damaged much of the main altarpiece.