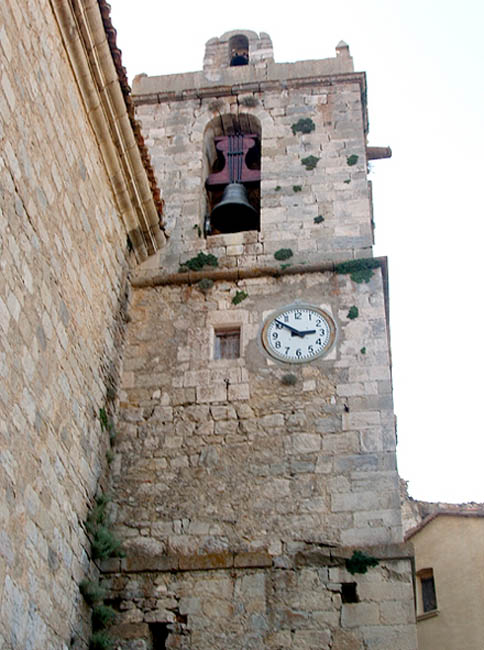 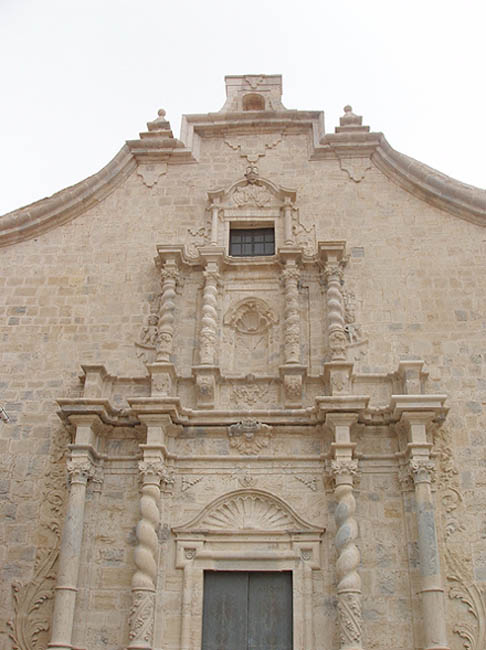 Consecrated to Our Lady of the Assumption. An imposing 18th century Baroque stone facade with three sections and Solomonic columns. Built over the old 15th century Romanesque-Gothic church, which was burnt down and destroyed by Philip V during the 1707 War of the Spanish Succession.