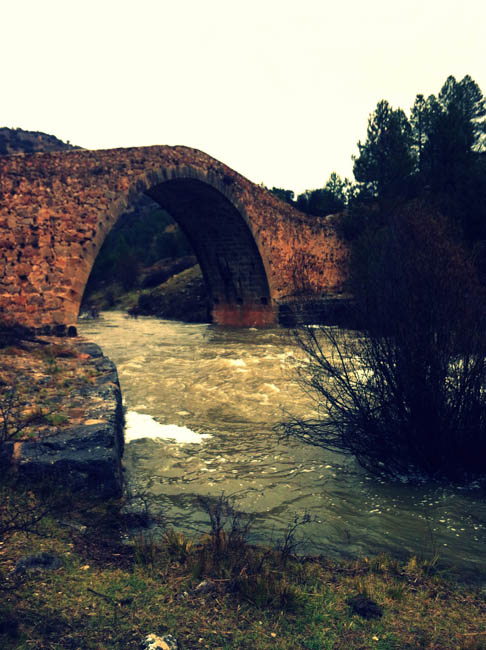 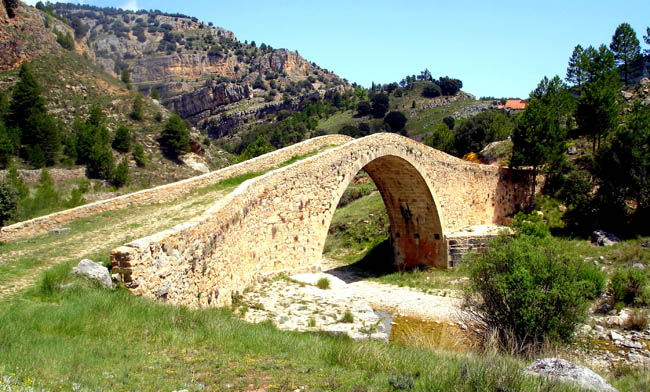 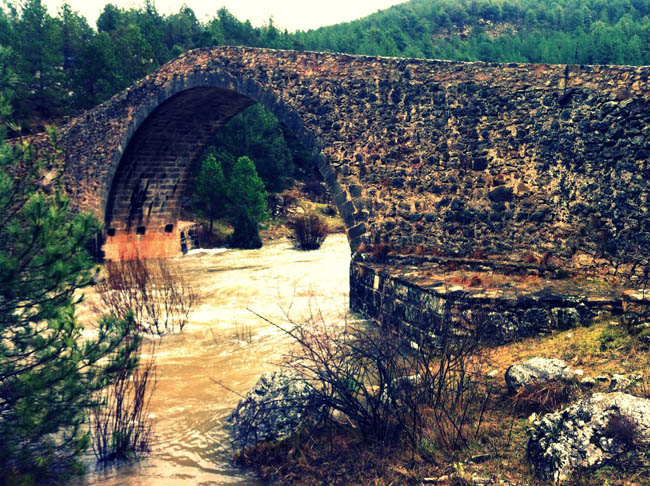 The Pont Romá (or de las Maravillas, as it is known in Mosqueruela) links the lands of Valencia along with Aragon and it is found along the route of the Royal Canyon or livestock route that follows the Cabanes nomadic route, that links this town with the Teruel Mosqueuela. This route has some sections where it is possible to still see remains of an old Roman road.

Perhaps therefore the bridge is known as Roman, although possibly the current construction is medieval, probably from the early Middle Ages (14th century) , when these lands experienced a major economic boom.

It is possible that a bridge existed before from the Roman era, to which the foundation stones could belong to, that are of a larger size and show major signs of aging by the passing of time.

It is a single-eyed bridge formed by a large rounded arch. Its foundation is made from large ashlar blocks, while the rest of the bridge has irregular sized stones. It is in very good condition, since it was restored at the start of the second decade of the century.