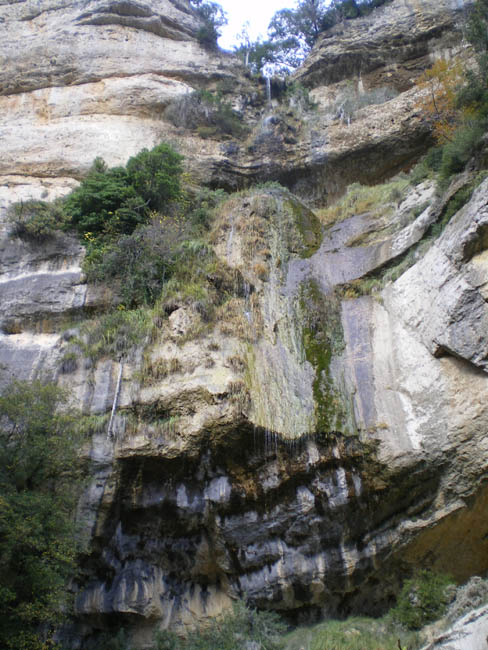 The Tinença Natural Park, with an area of 25,814 hectares, extends beyond the strict boundaries of the historic region of Tinença de Benifassà.

Scenically and geomorphologically, La Tinença forms part of the large Puertos de Beceite massif, which is made up of the Aragon, Catalonia and the Comunitat Valenciana Autonomous Communities.

The diversity in the Tinença de Benifassà Natural Park environments is very great, and we can find a great variety of natural habitats declared as of community interest according to the Habitat directive. We can find freshwater habitats, heathlands and temperate scrub, sclerophyllous scrub, herbaceous formations, peat bogs, rocky habitats and finally forests.

A significant part of the area is included in the Caza de los Puertos de Beceite National Reserve, declared in 1966 for the protection of the Iberian Ibex, and extends between the Catalonia, Aragon and Comunitat Valenciana Autonomous Communities.

The fauna of the park is very abundant and rich in species. There is a large group of birds of prey nesting in the area. We find golden eagles (Aquila chrysaetos), short-toed eagles (Circaetus gallicus), peregrine falcons (Falco peregrinus) and, above all, the griffon vulture (Gyps fulvus).

Although the birds are the most significant animal group in the area, the most represented animal species is the Iberian Ibex (Capra pyrenaica). The common genet (Genetta genetta), European wildcat (Felis silvestris), beech marten (Martes foina), many examples of wild boar (Sus scrofa) or the European roe deer (Capreolus capreolus), are easily visible in this Natural Park.

La Tinença de Benifassá Natural Park was declared as such on 19 May 2006. In this territory are the Sénia and Servo rivers which plough through the last buttresses of the Iberian System.  It comprises of the towns of Pobla de Benifassá (Ballestar, Boixar, Coratxá, Fredes), Castell de Cabres, Bel (Rossell) and Vallibona.

They are the remains of an Iberian village settlement. The site is in Morranda. It can be accessed along the path behind the Church, we find two stone houses with their threshing floors. Following the cobbled path, we see the dry-stone banks and a trail that heads towards the town.

The Barranco de la Tenalla is a public mountain which surprises the visitor due to its myriad of geographical agents that they can find. Mountains, caves, waterfalls, flora, fauna, etc...

El Portell de L’Infern: These are rocky caves that have spectacular views from there. There is a route from Fredes or from the Ulldecona reservoir.

The Cave Paintings from the Rossegadors Cave in La Pobla de Benifassà, can be accessed by the CV105 road next to the Ulldecona reservoir dam. The paintings are located in a rock shelter of 10 meters long by 5 meters high.

The Levantine cave art was declared as a World Heritage in 1998.

From June 1, until September 30. Monday to Friday, from 9am to 2pm. Closed on Saturdays, Sundays and some holidays.

DECREE 70/2006, May 19, of the Valencian Government, concerning the Declaration of La Tinença de Benifassà Natural Park.