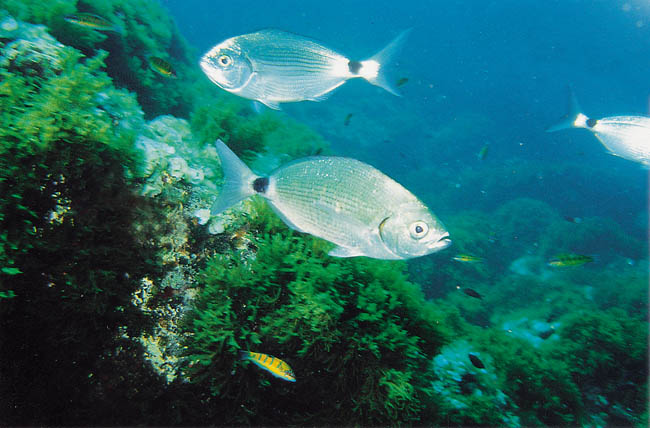 Located on a seabed about 80 metres depth, the Columbretes Islands represent the best example of volcanic formation of the entire country, due to their composition and unique appearence.

The Columbretes is the most unique archipelago of the Valencian Community and one of the most ecologically interesting small, insular sites in the Mediterranean.

It is made up by a series of small islands and reefs, located 30 nautical miles from the coast of Castellón, about 56 km. The islands are divided into four groups, which are given the name of the largest island of each group: Grossa, Ferrera, Foradada and Carallot.

Altogether, the archipelago ranges over 5 nautical miles, with a total of 19 hectares of land, of which 14 belong to L’Illa Grossa, where the Columbretes lighthouse stands; it is the only inhabited island. The highest peak of all the islands is the mountain on which the lighthouse is built, reaching 67 metres.

Located on a seabed about 80 metres depth, the Columbretes Islands represent the best example of volcanic formation of the entire country, due to their composition and unique appearence. Most significant are Illa Grossa, made up of various linked craters, and Carallot, which at 32 metres above sea level is the remainder of the central peak of a volcano.

There is also a visitors' centre on one of the islands.

DECREE 15/1988, January 25, of the Valencian Government, concerning the Declaration of the Columbretes Islands Natural Park.