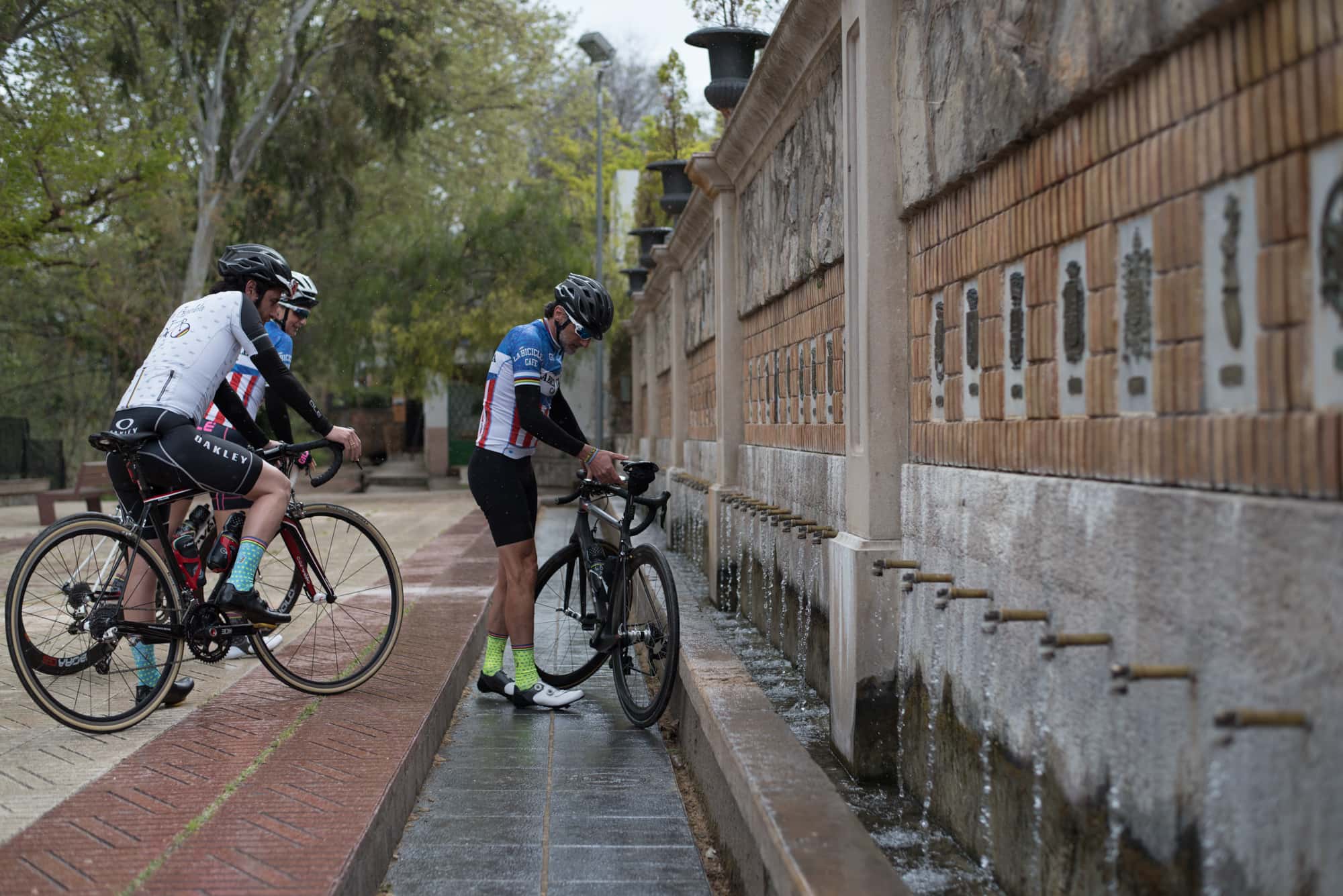 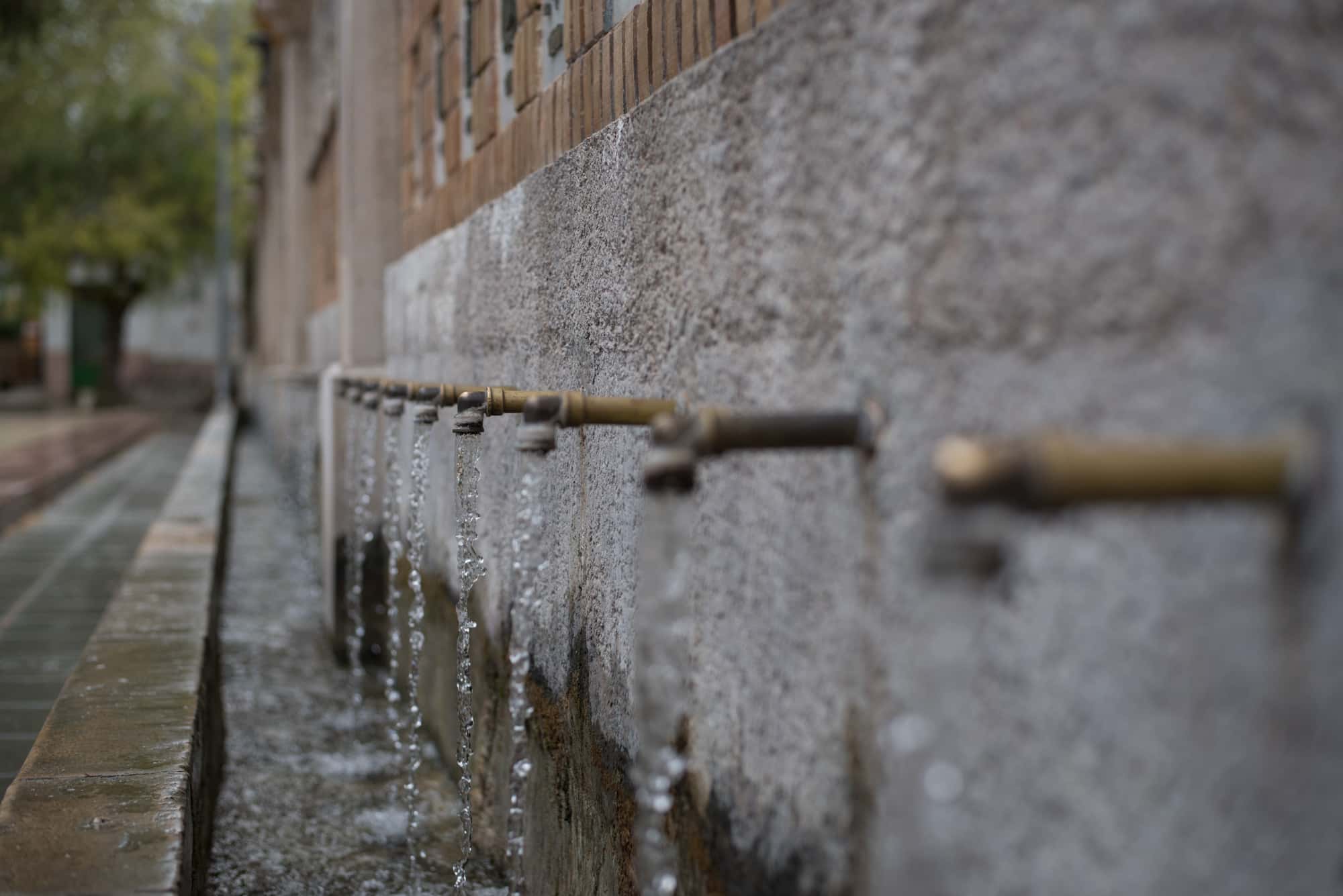 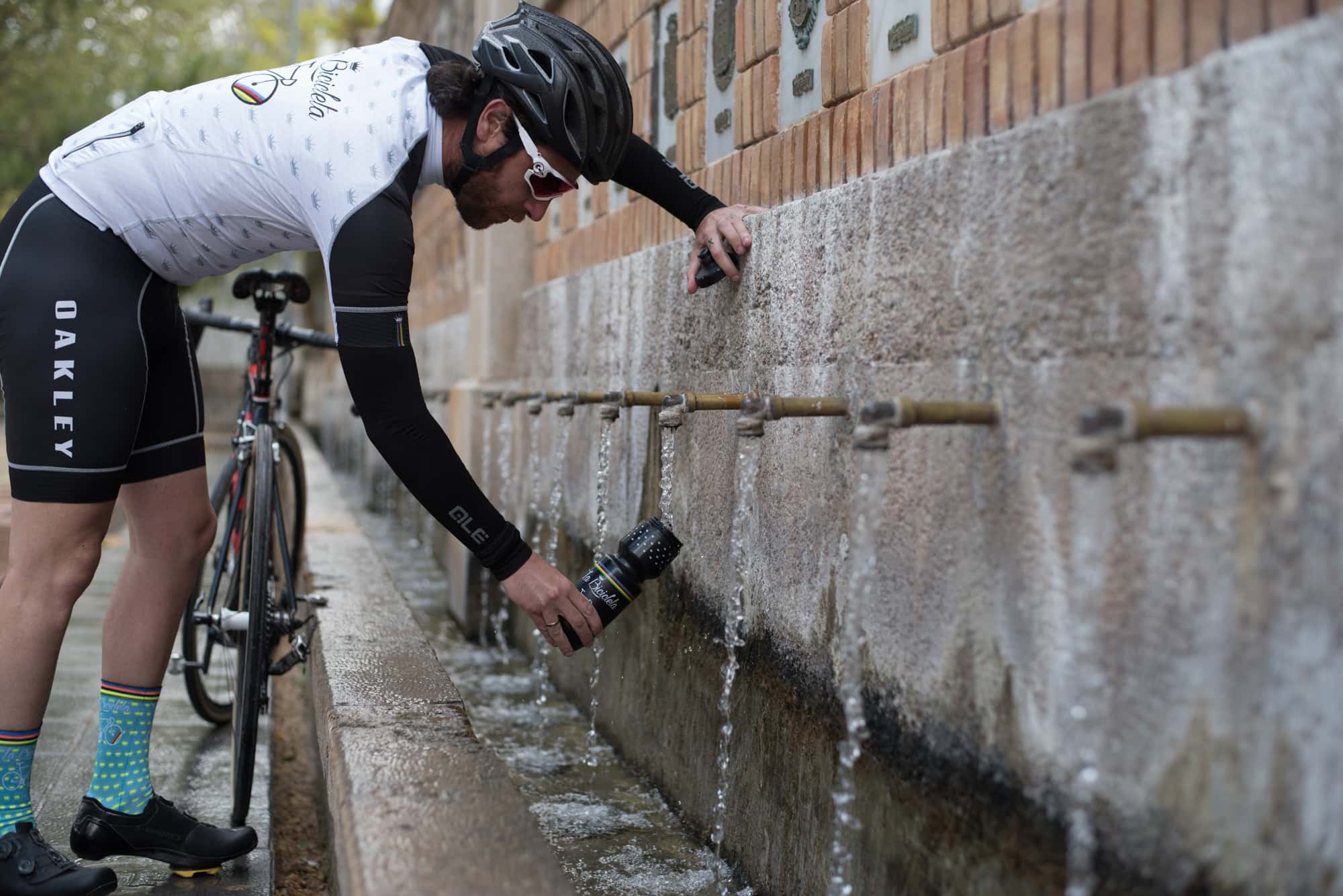 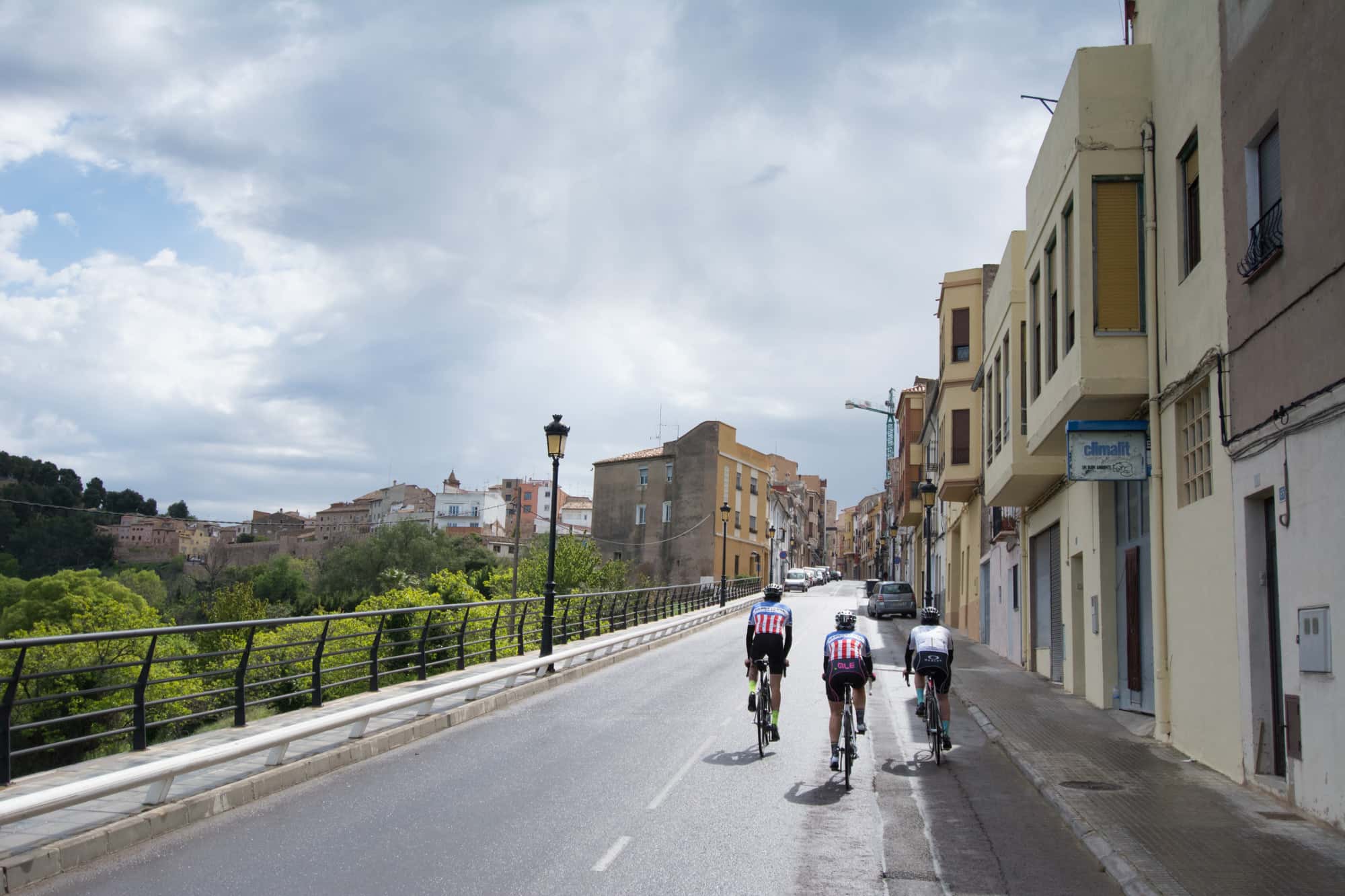 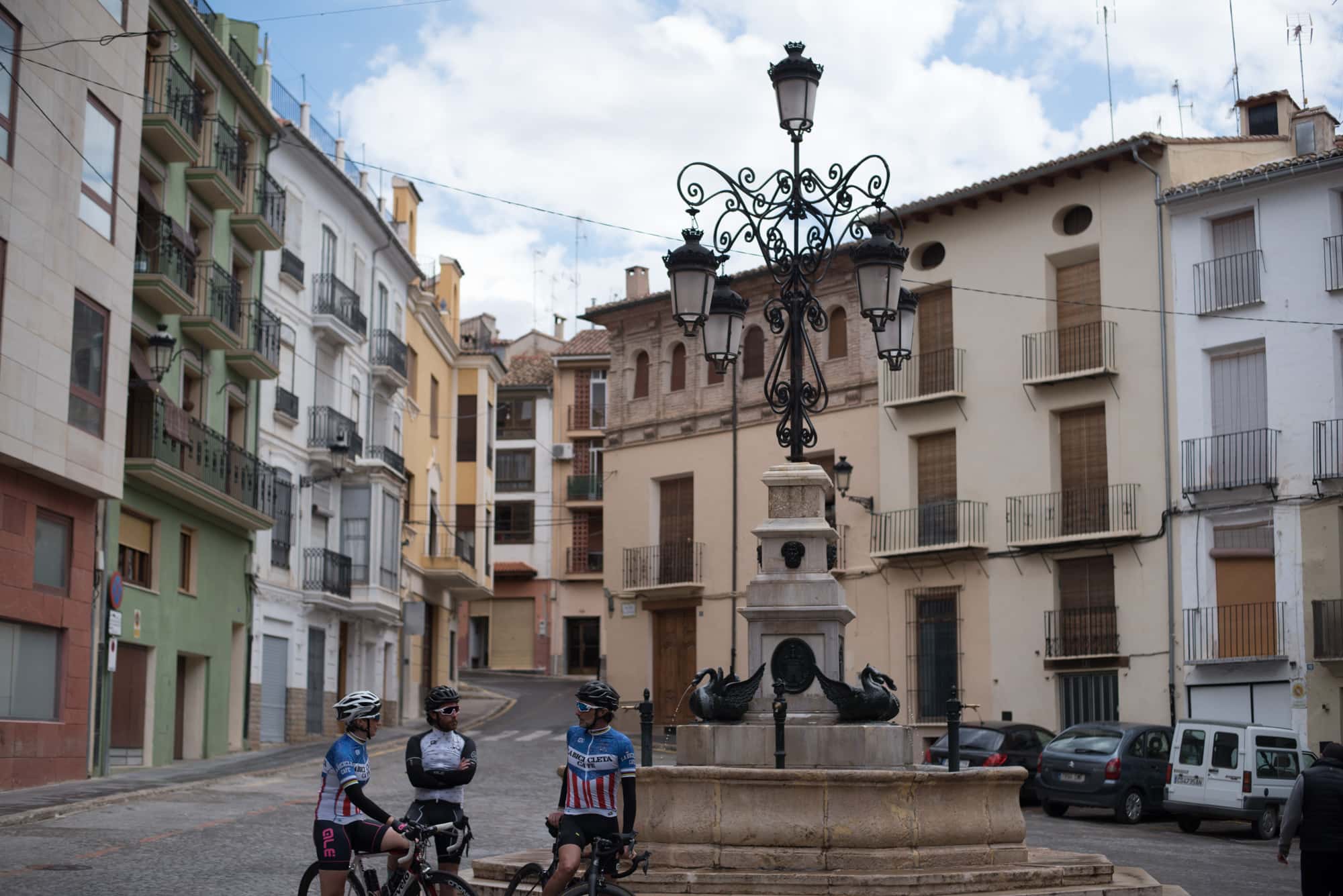 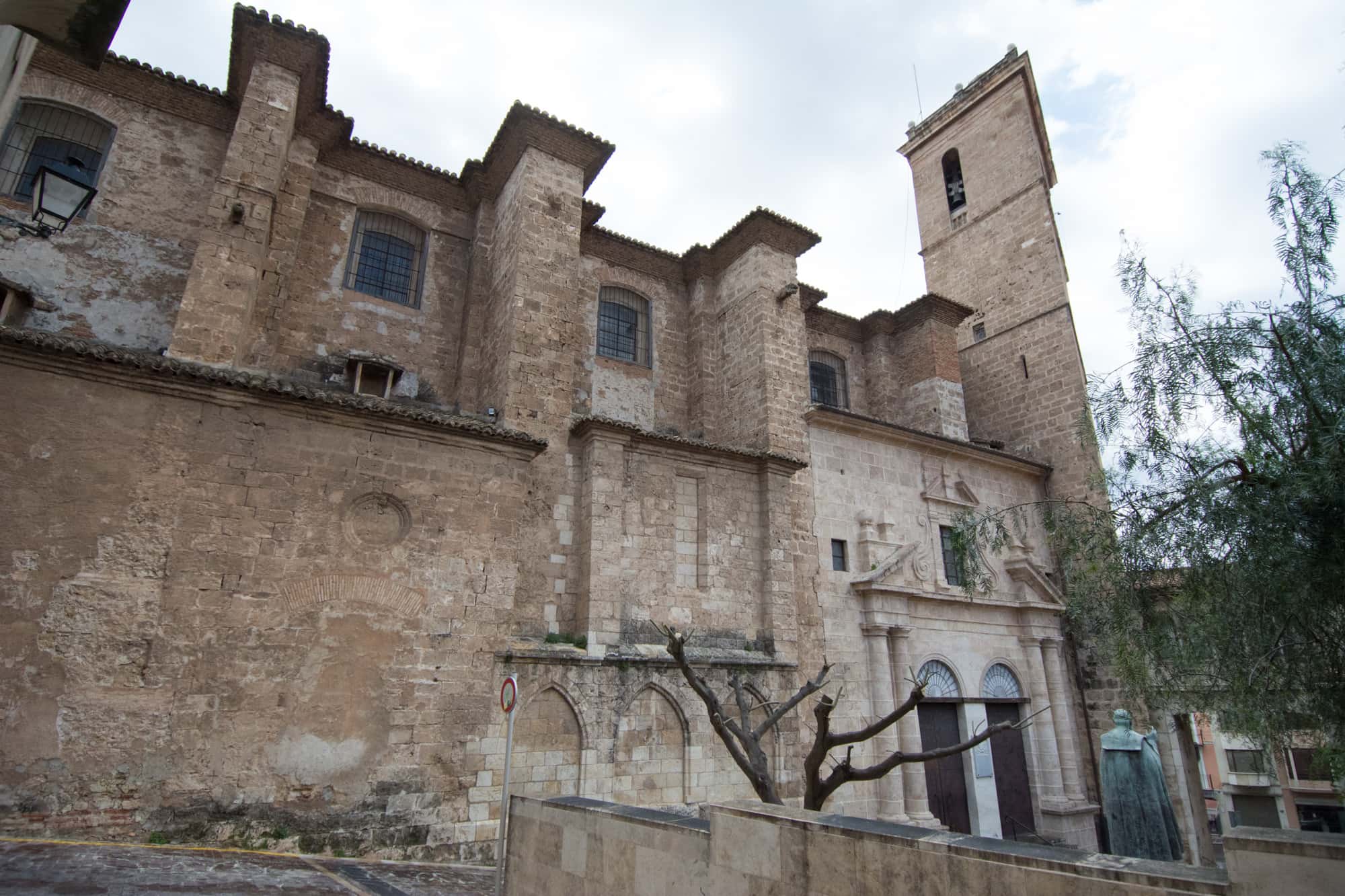 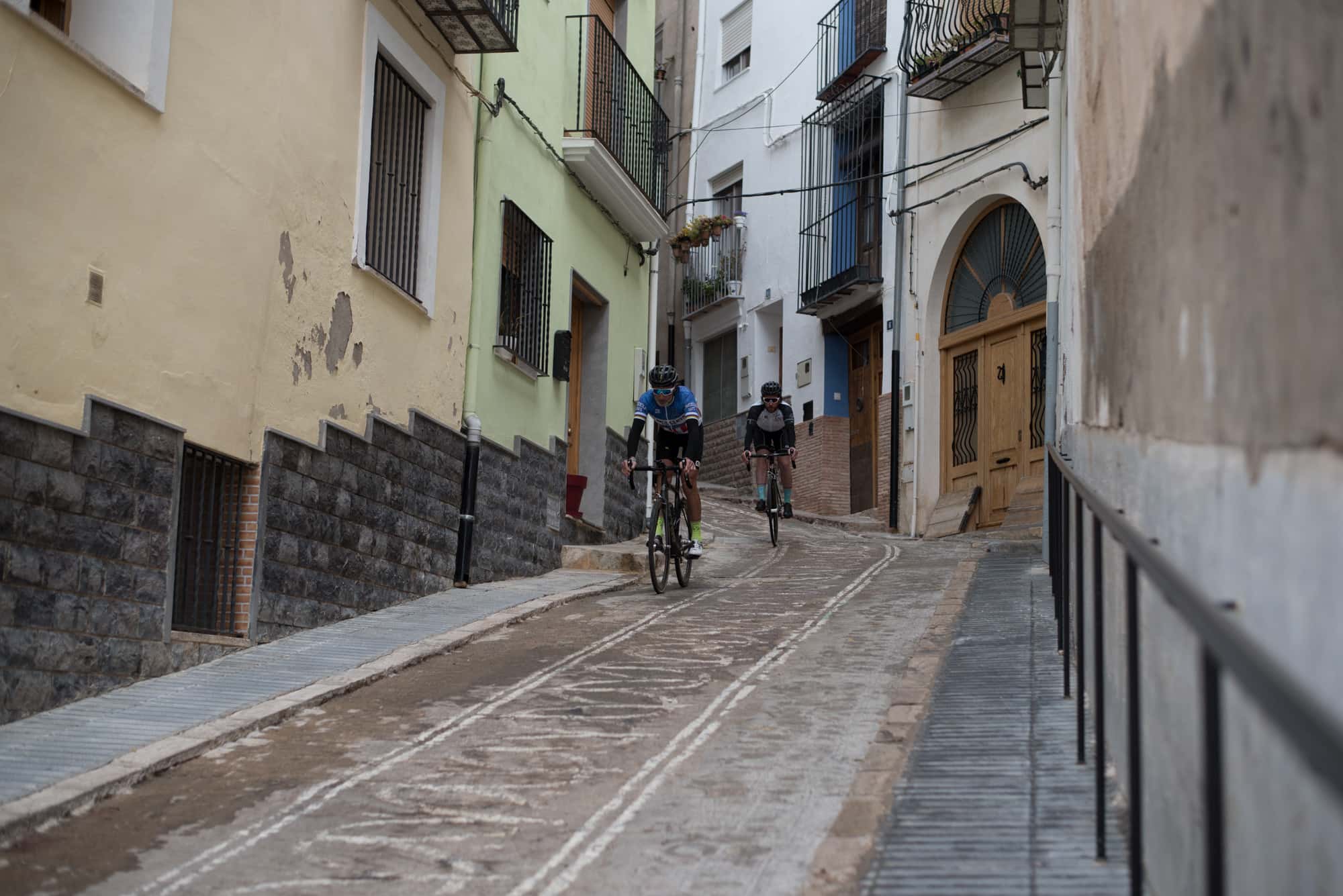 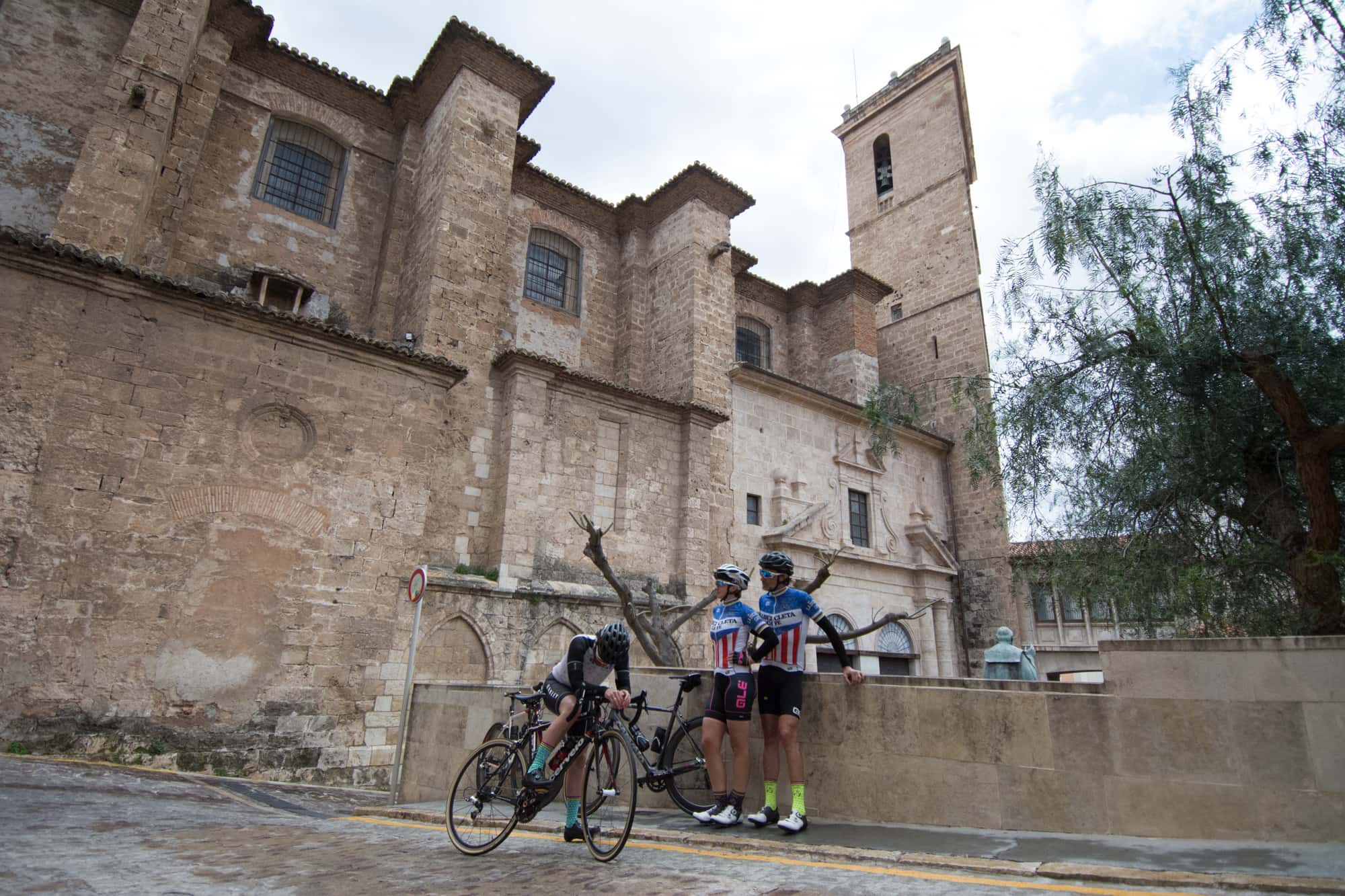 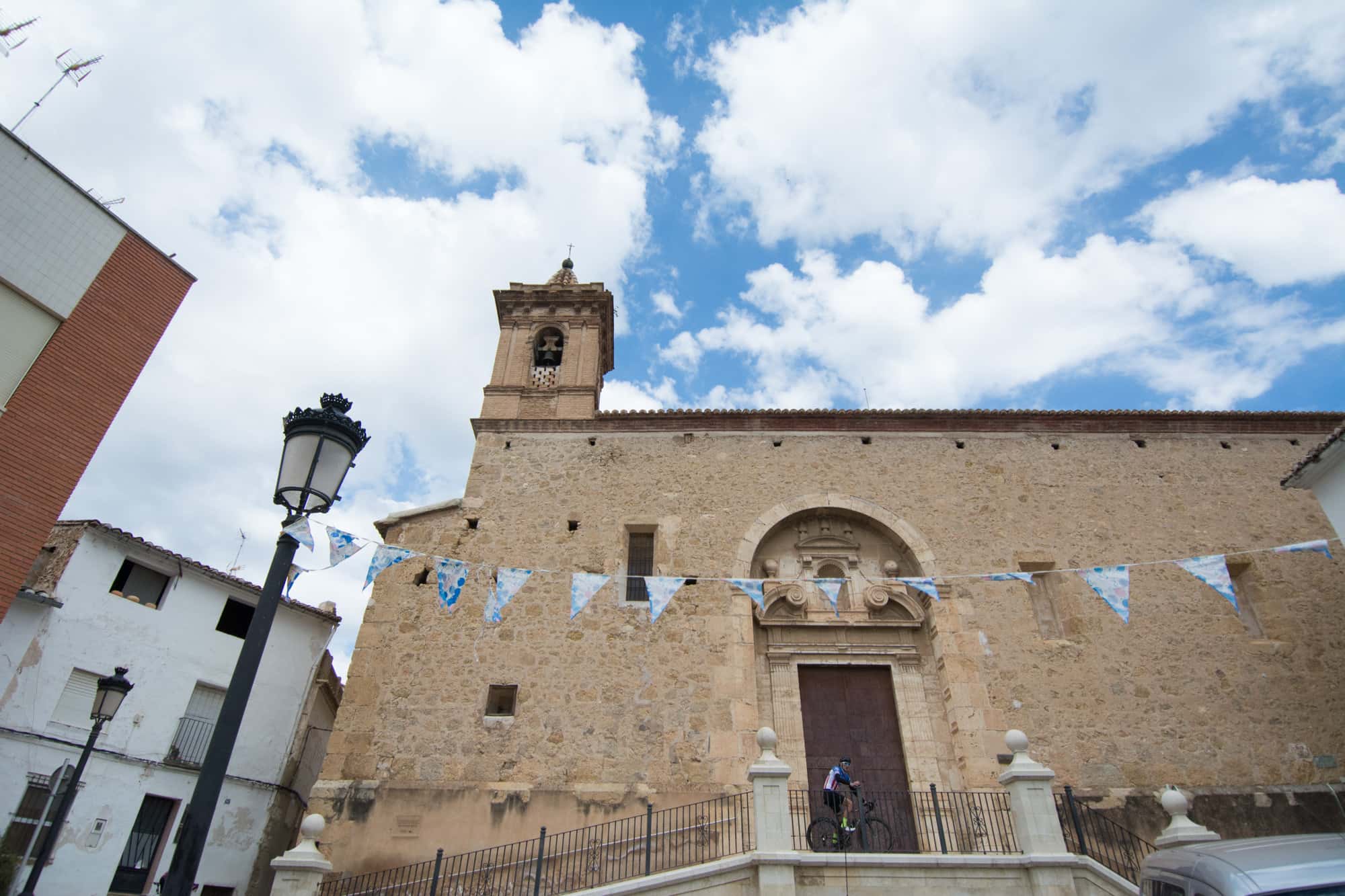 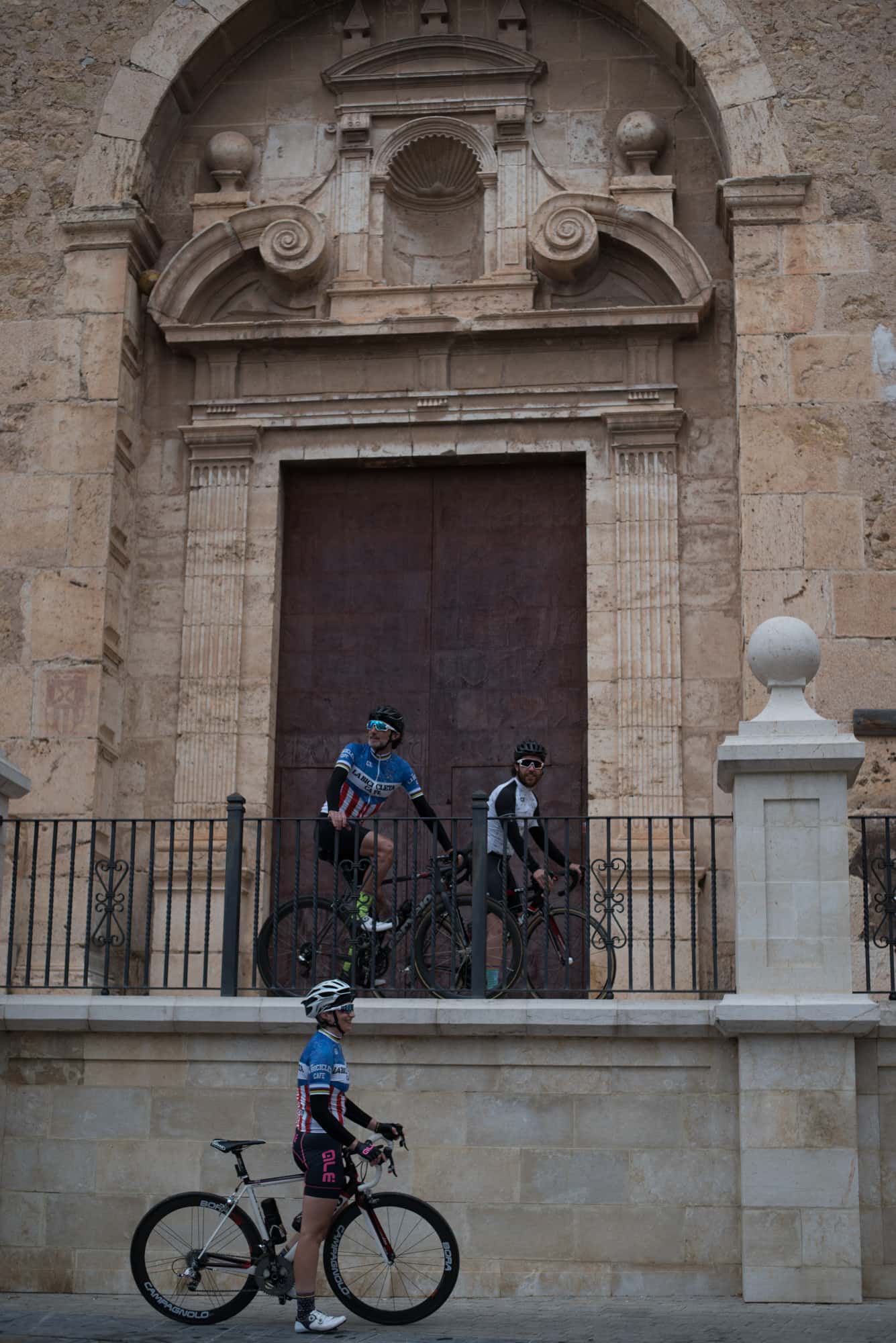 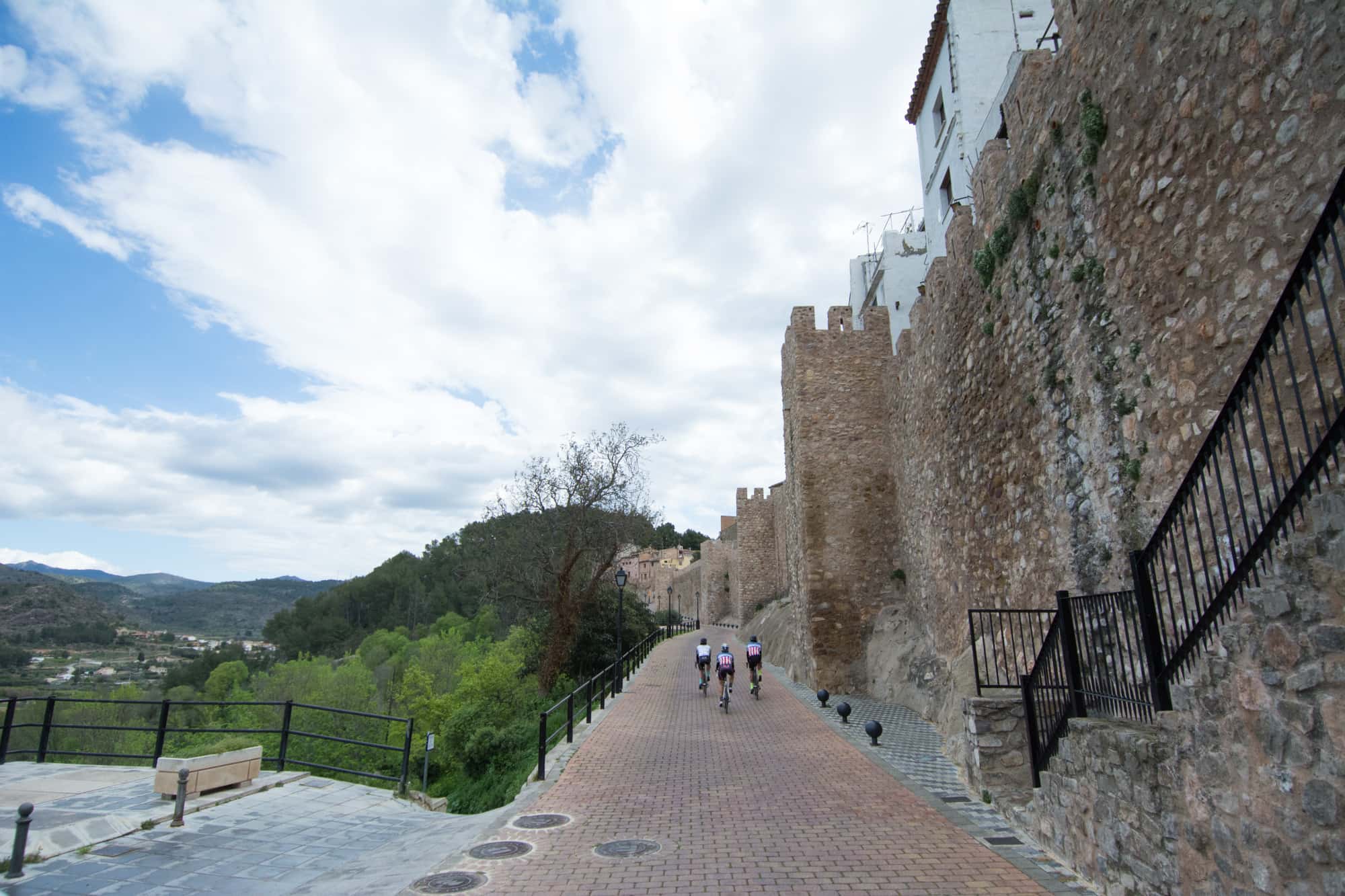 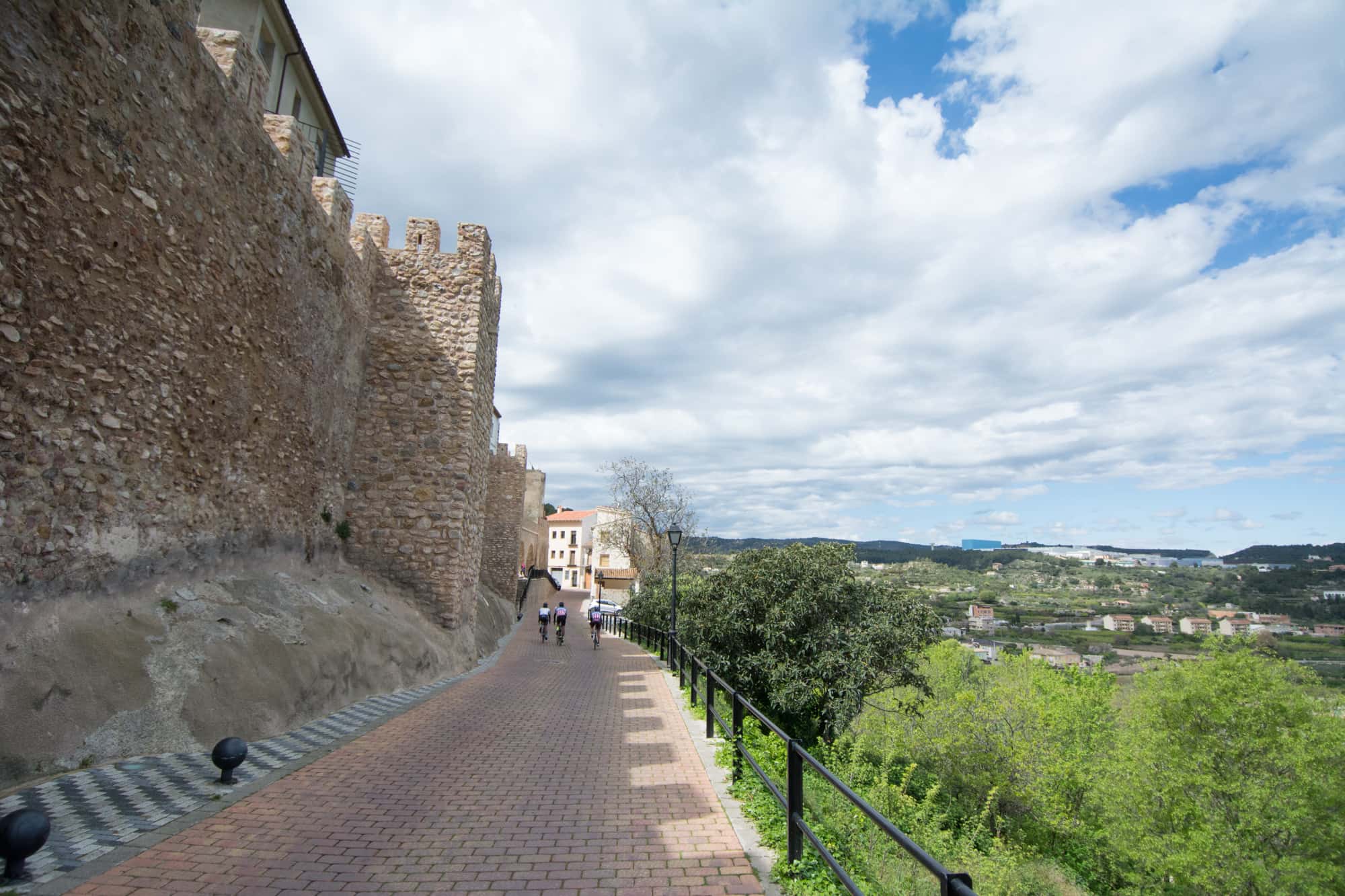 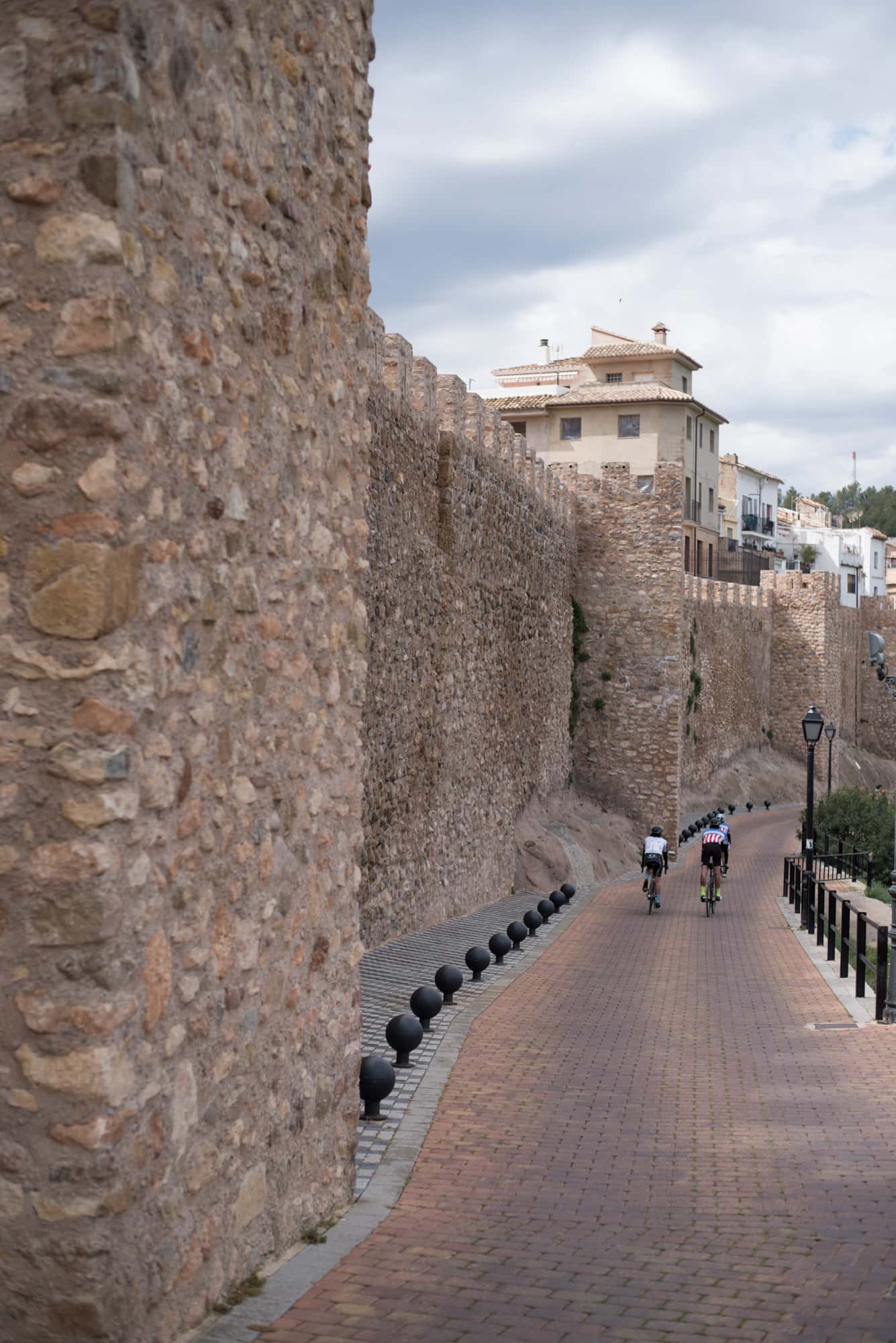 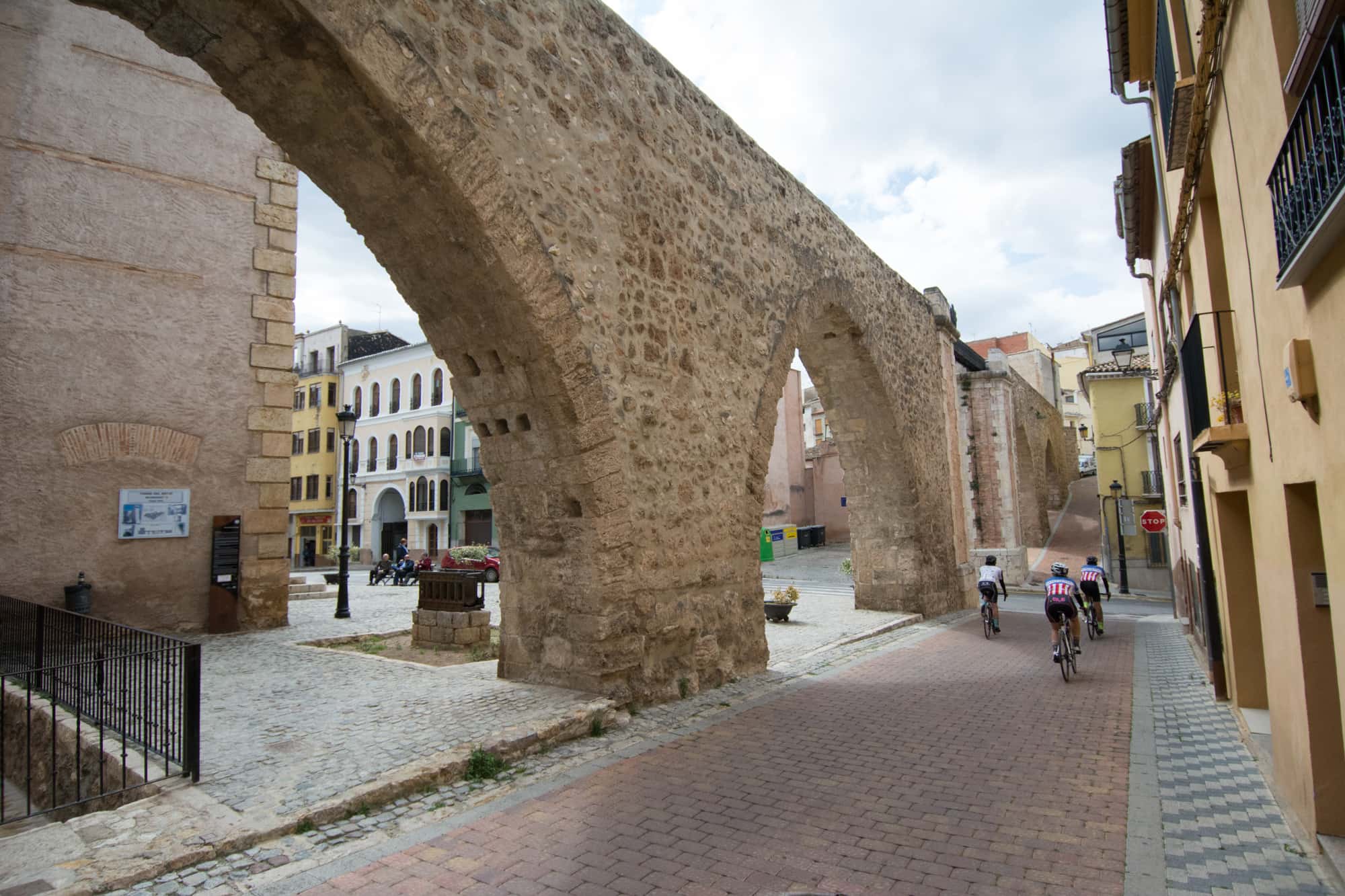 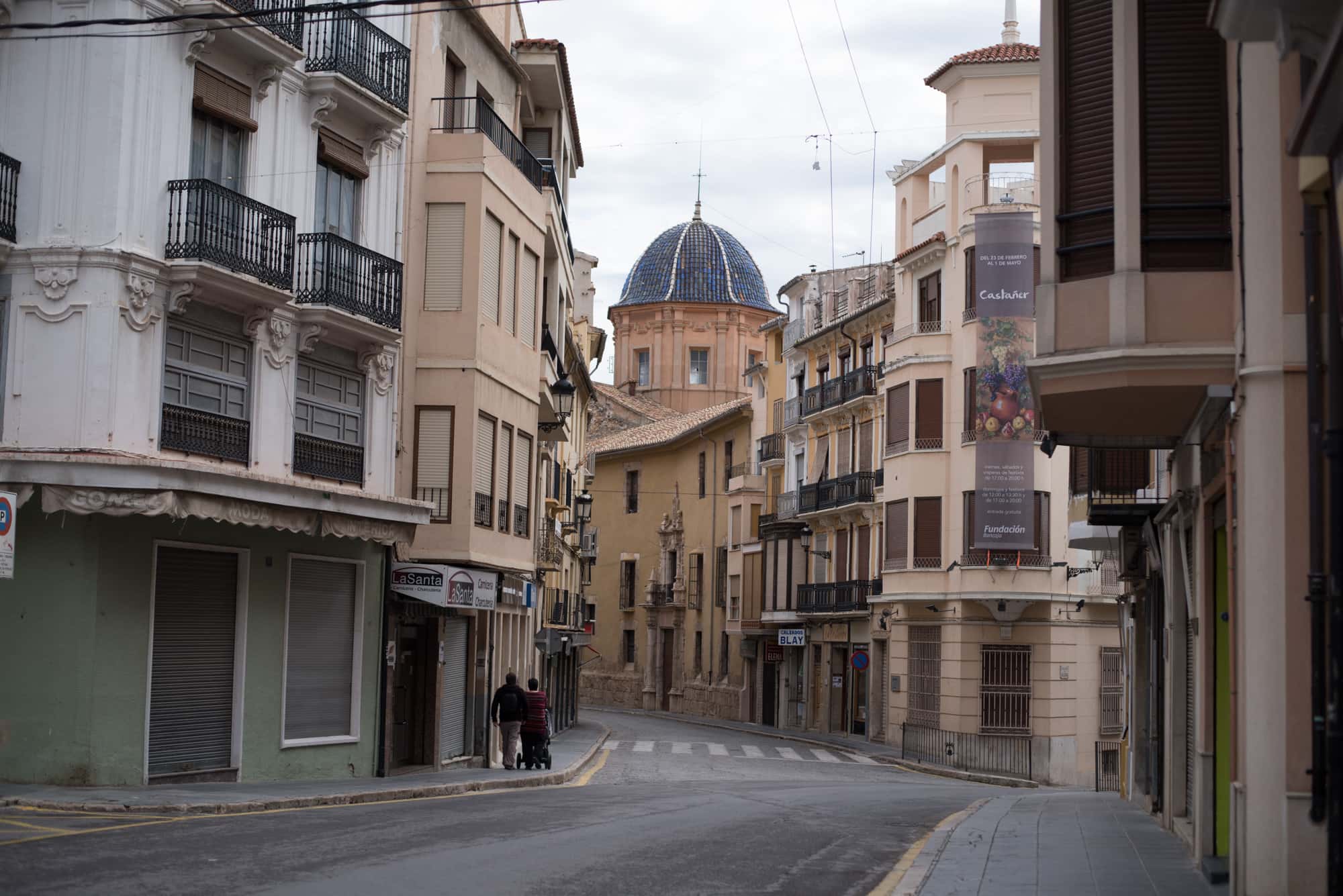 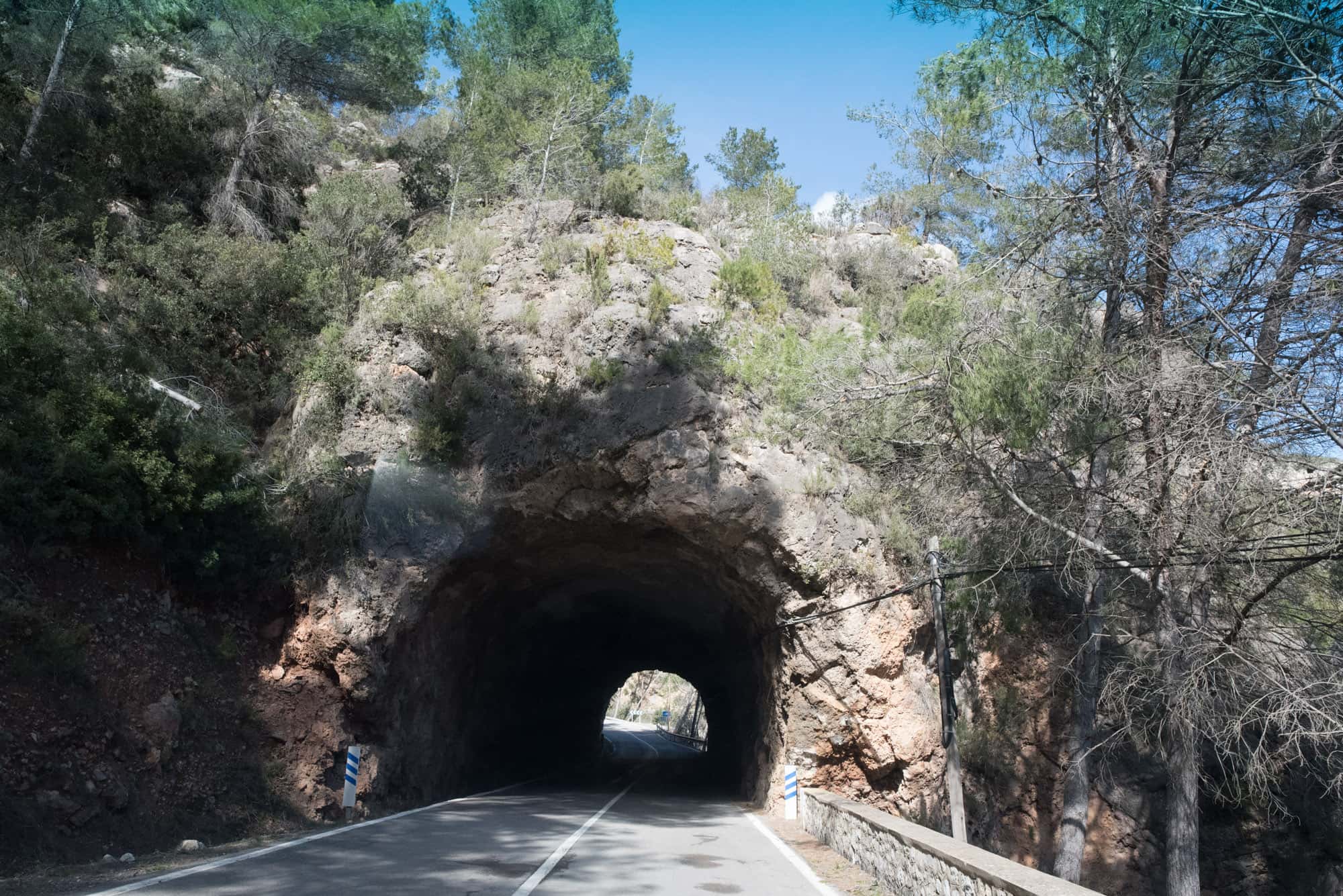 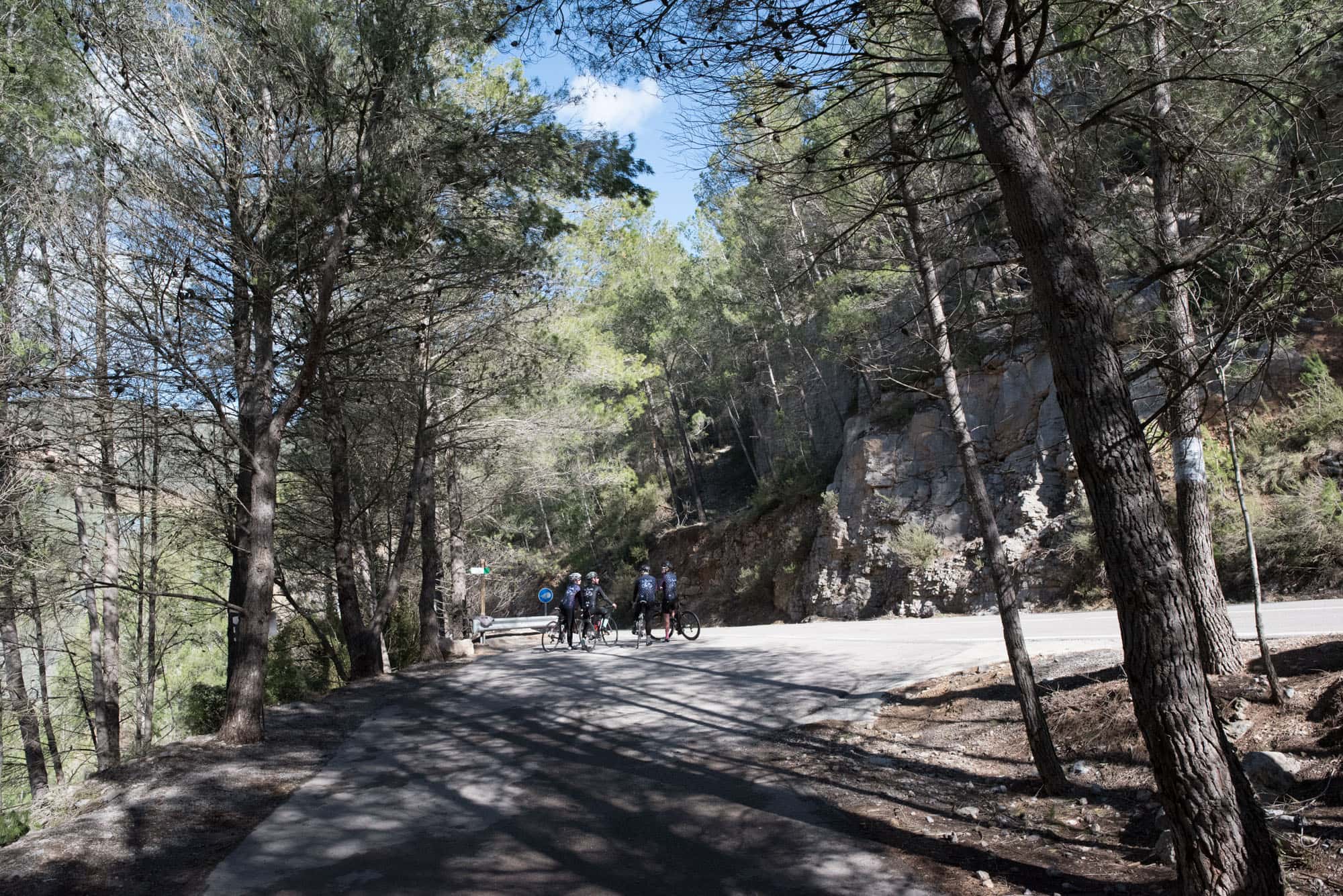 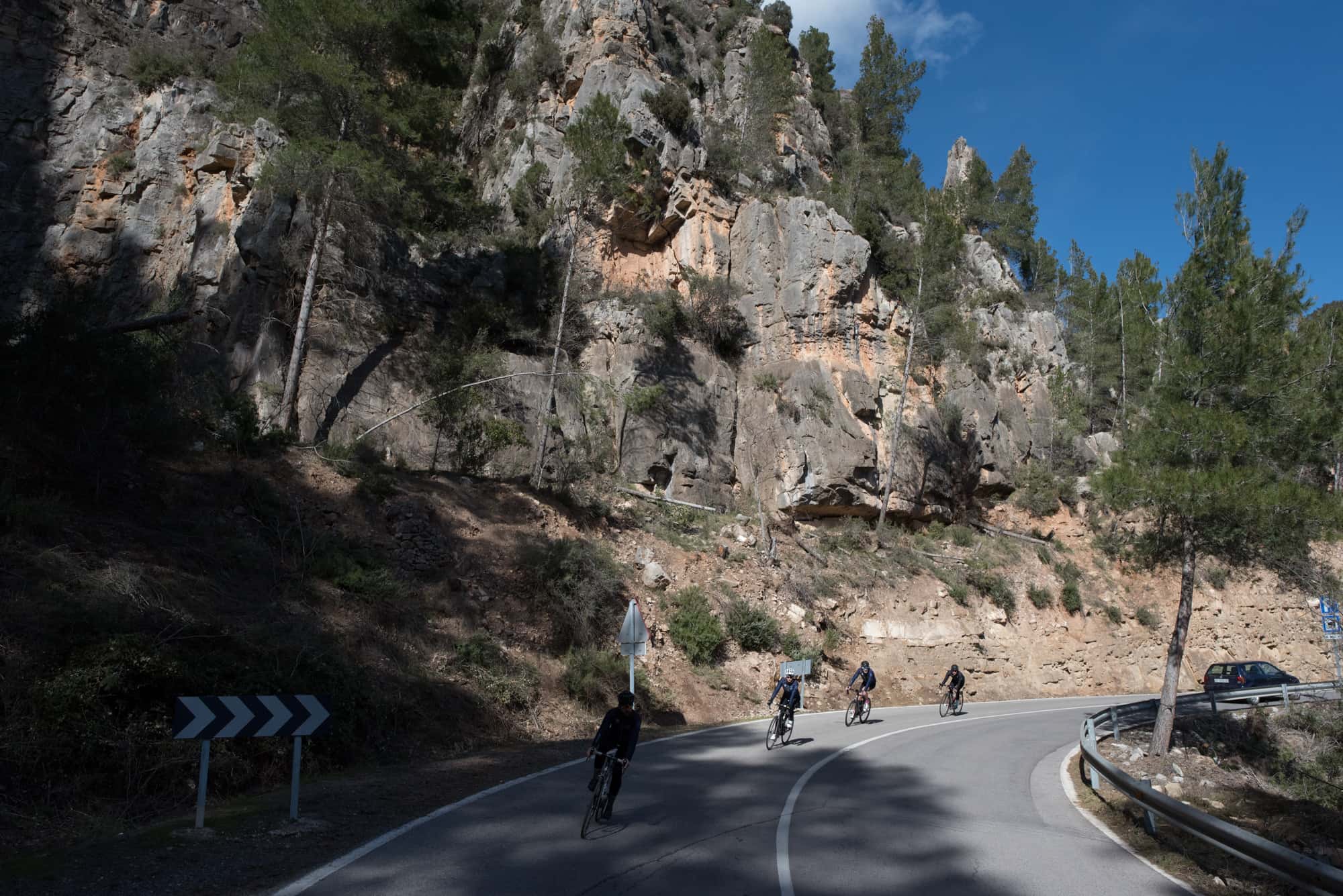 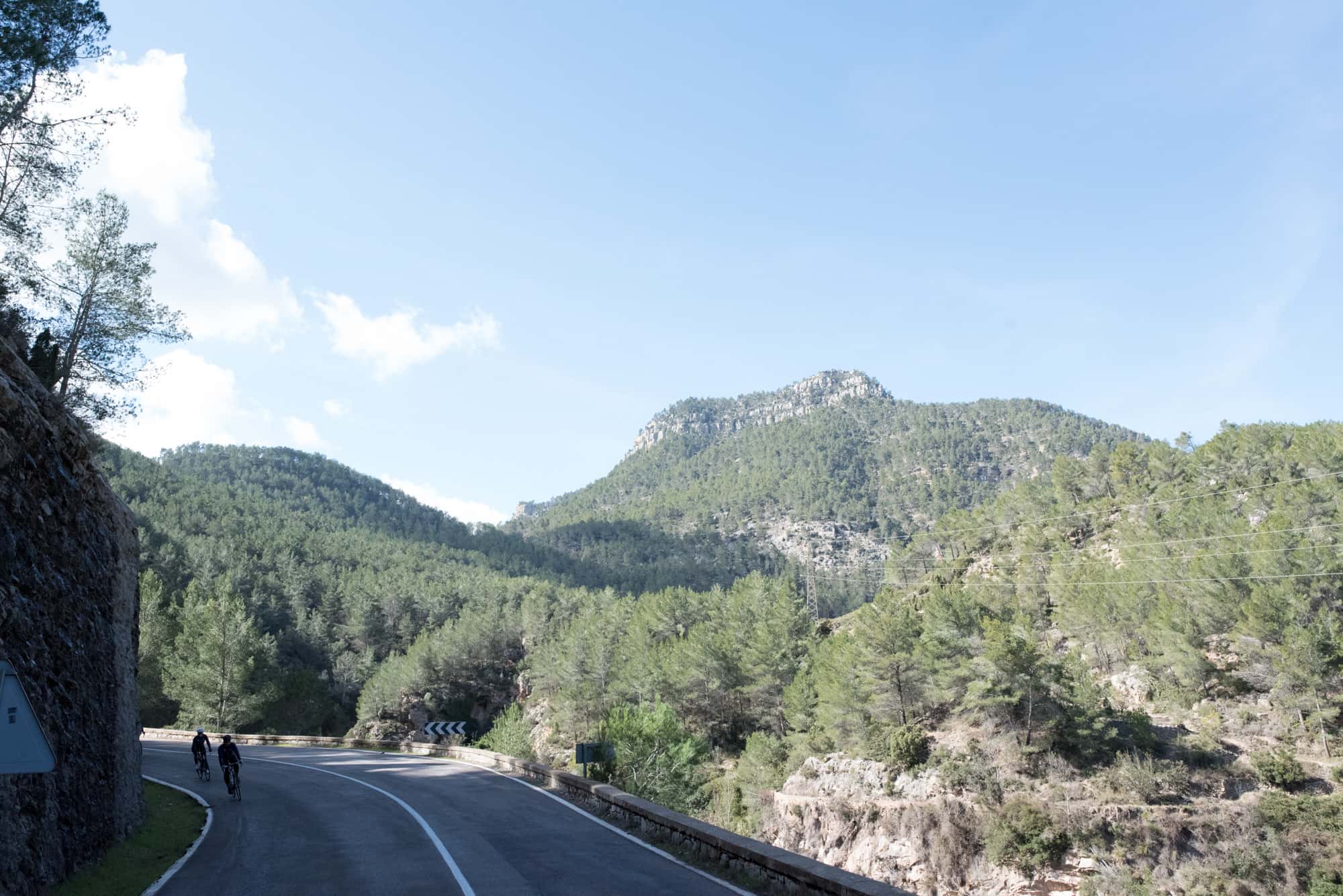 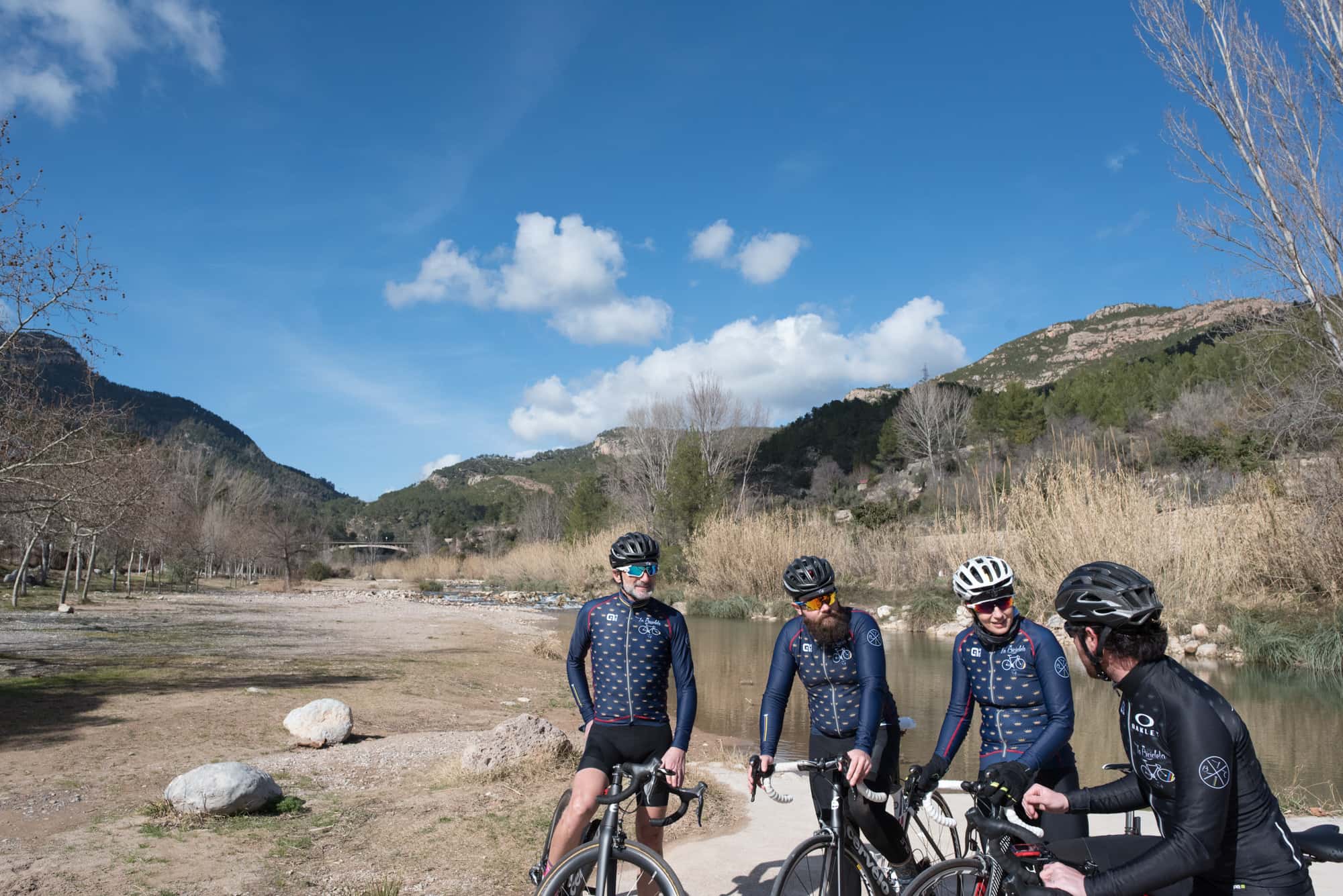 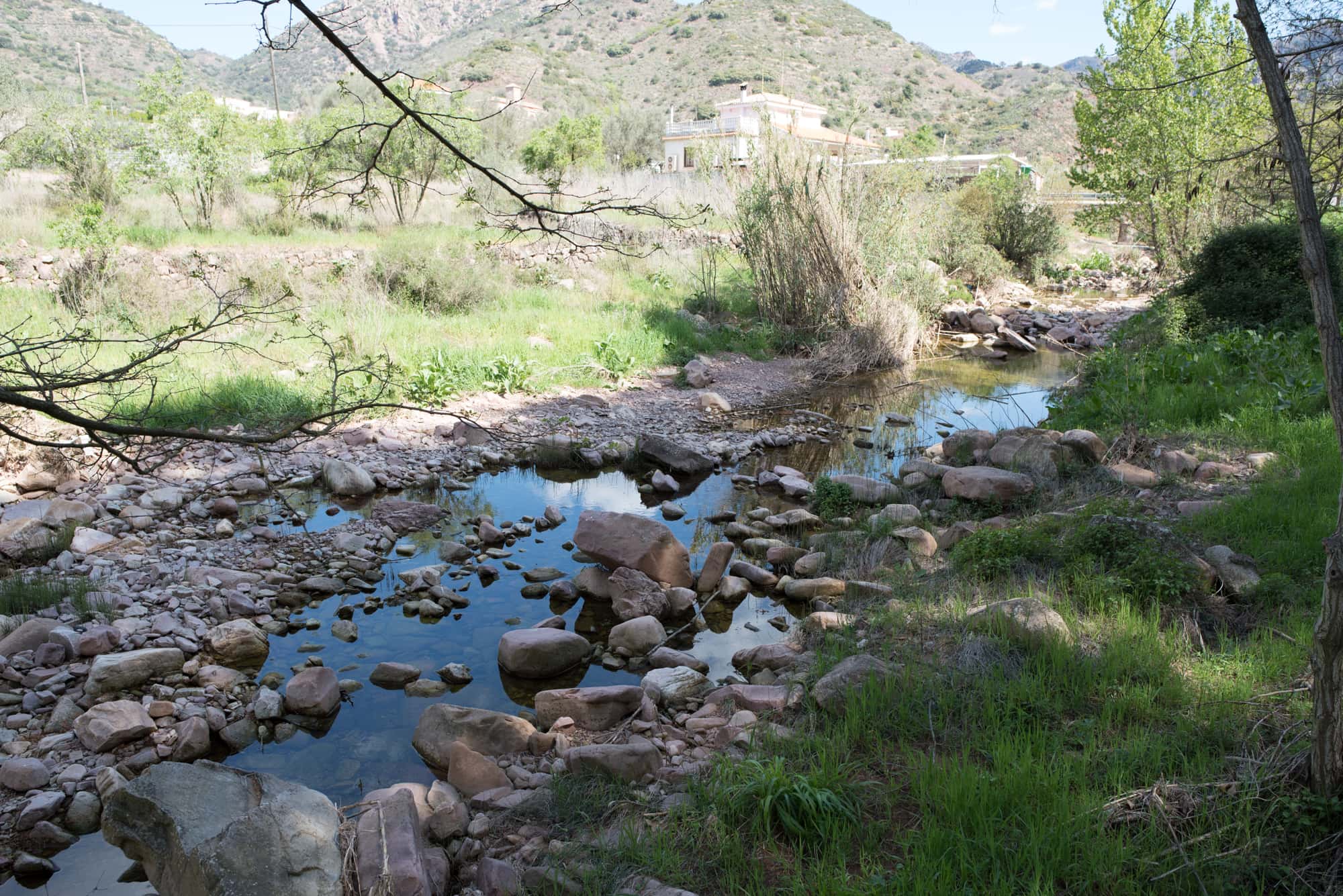 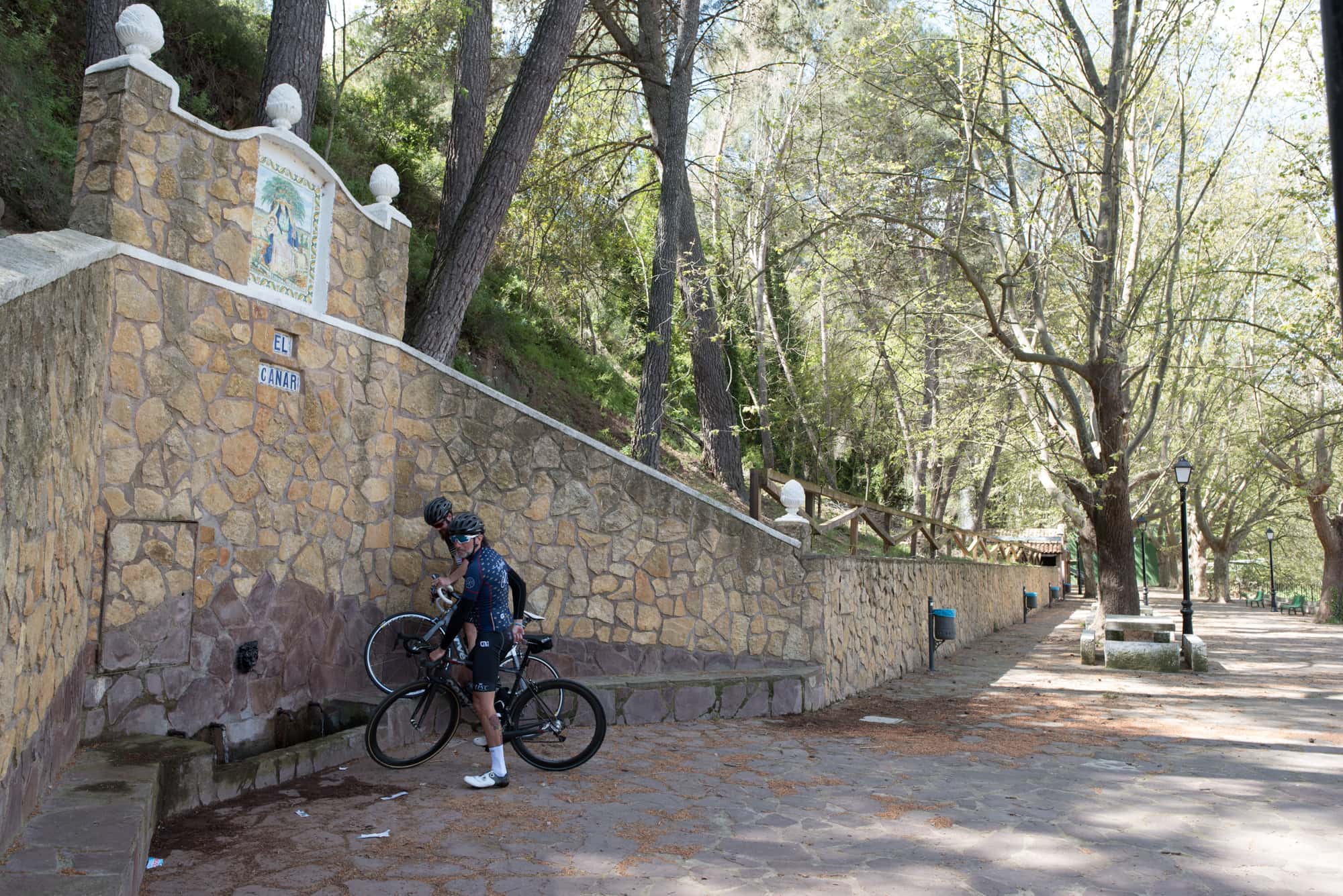 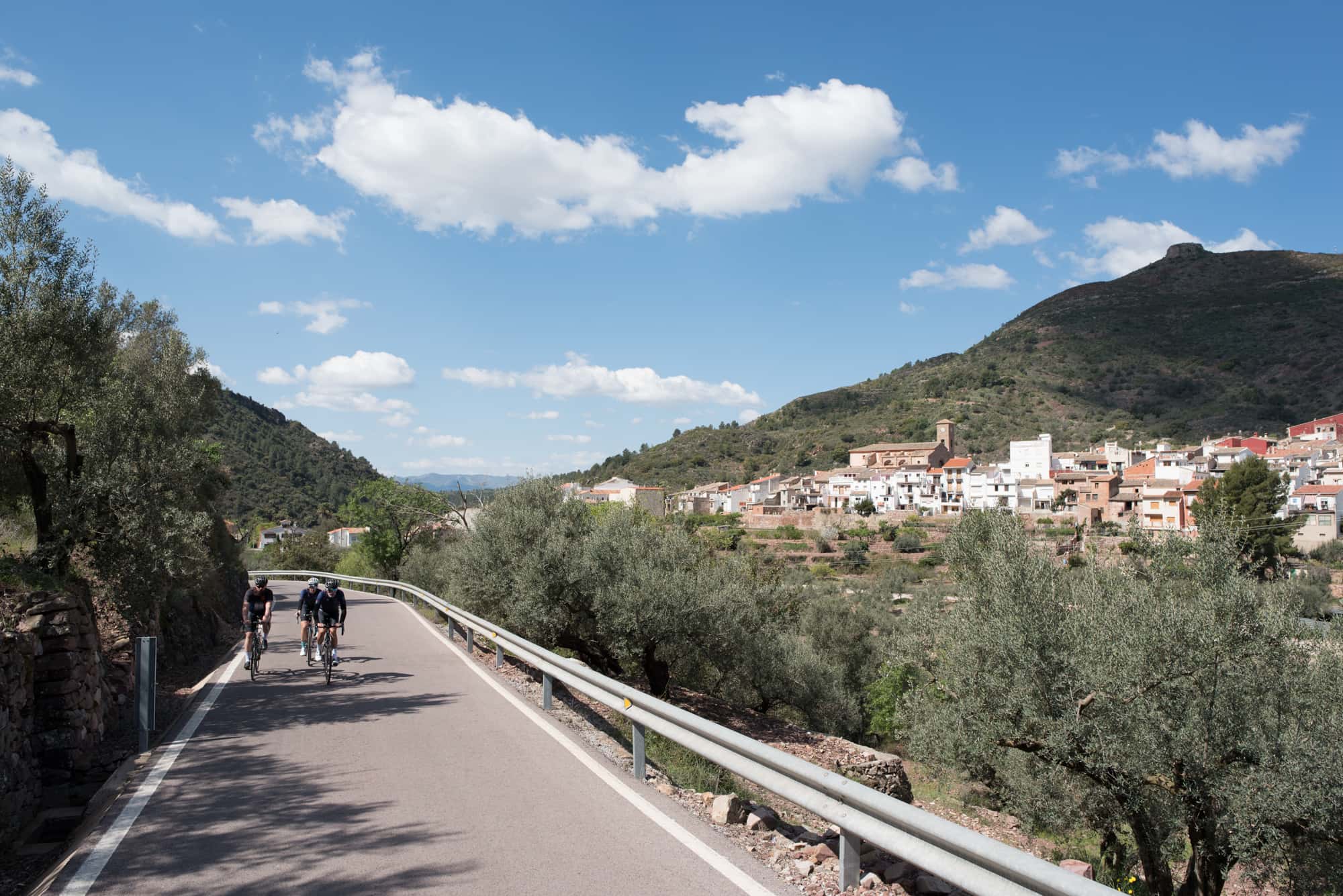 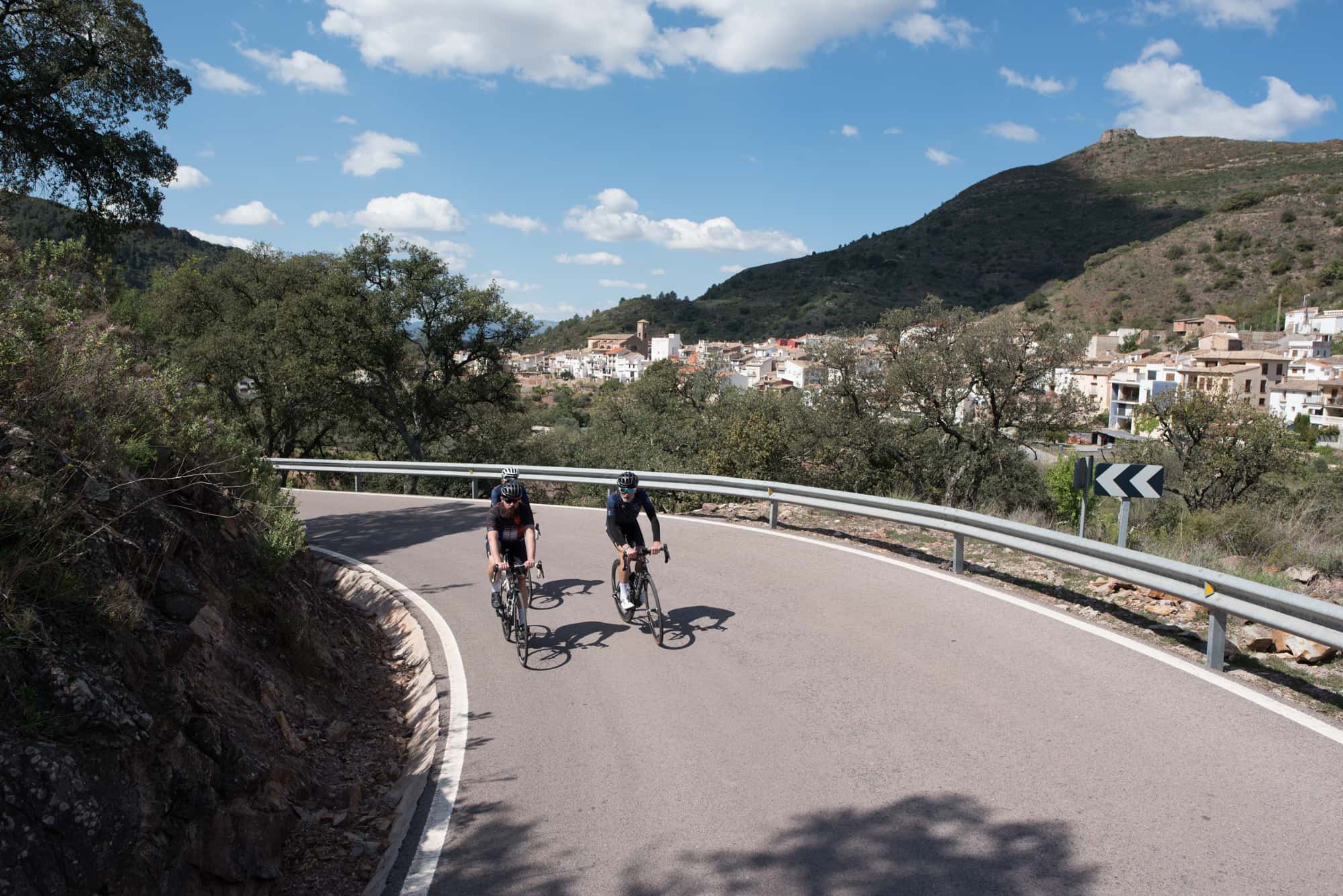 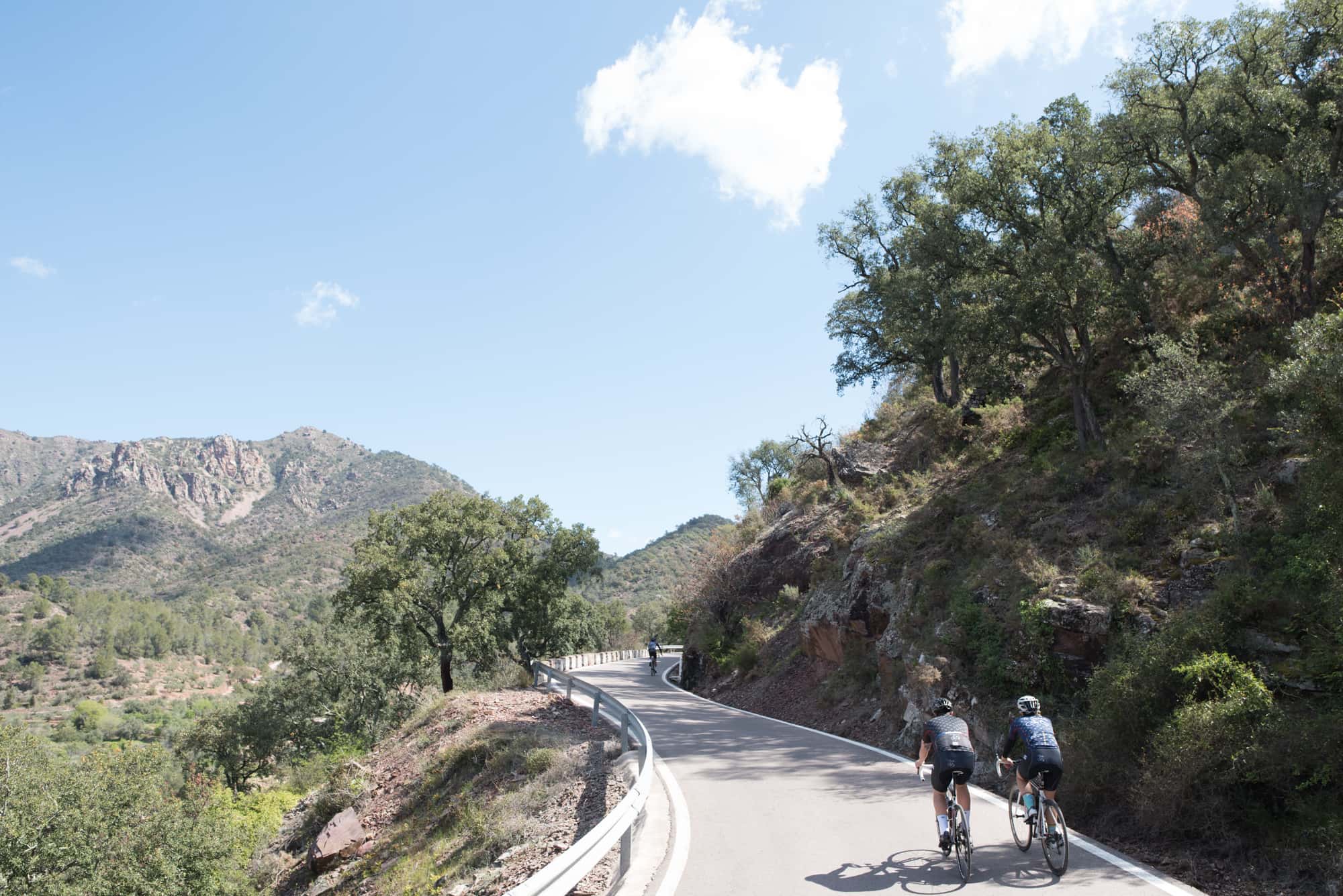 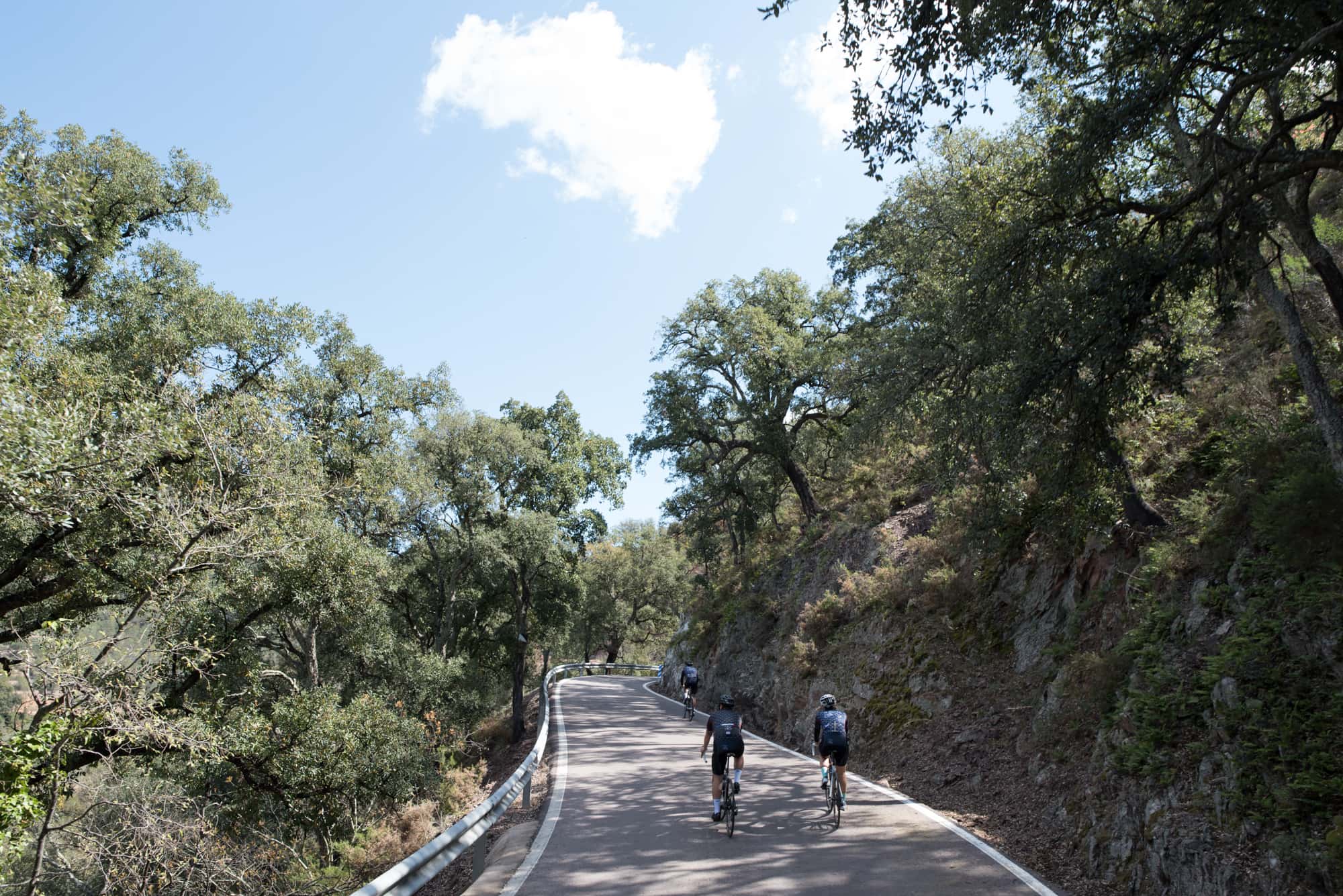 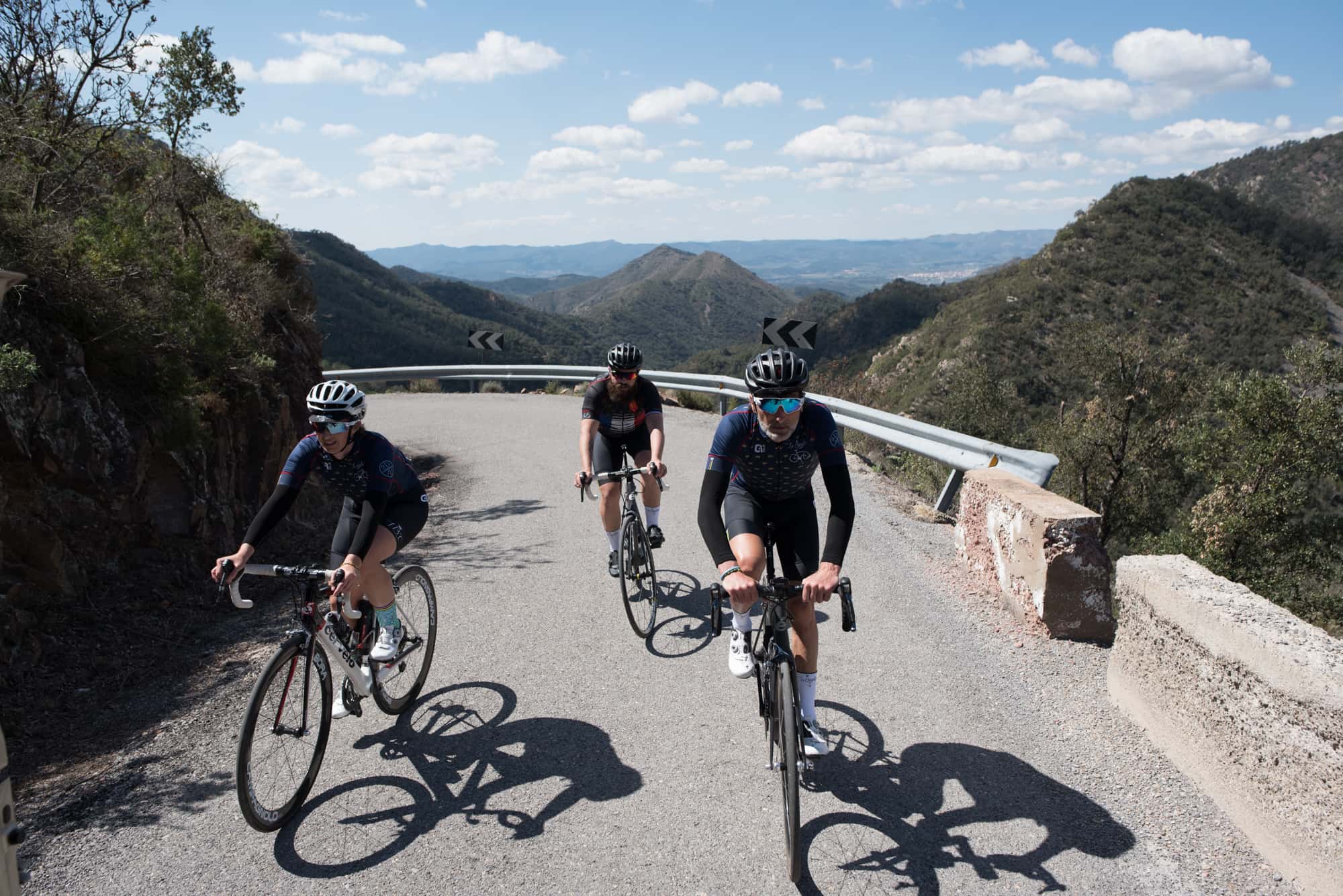 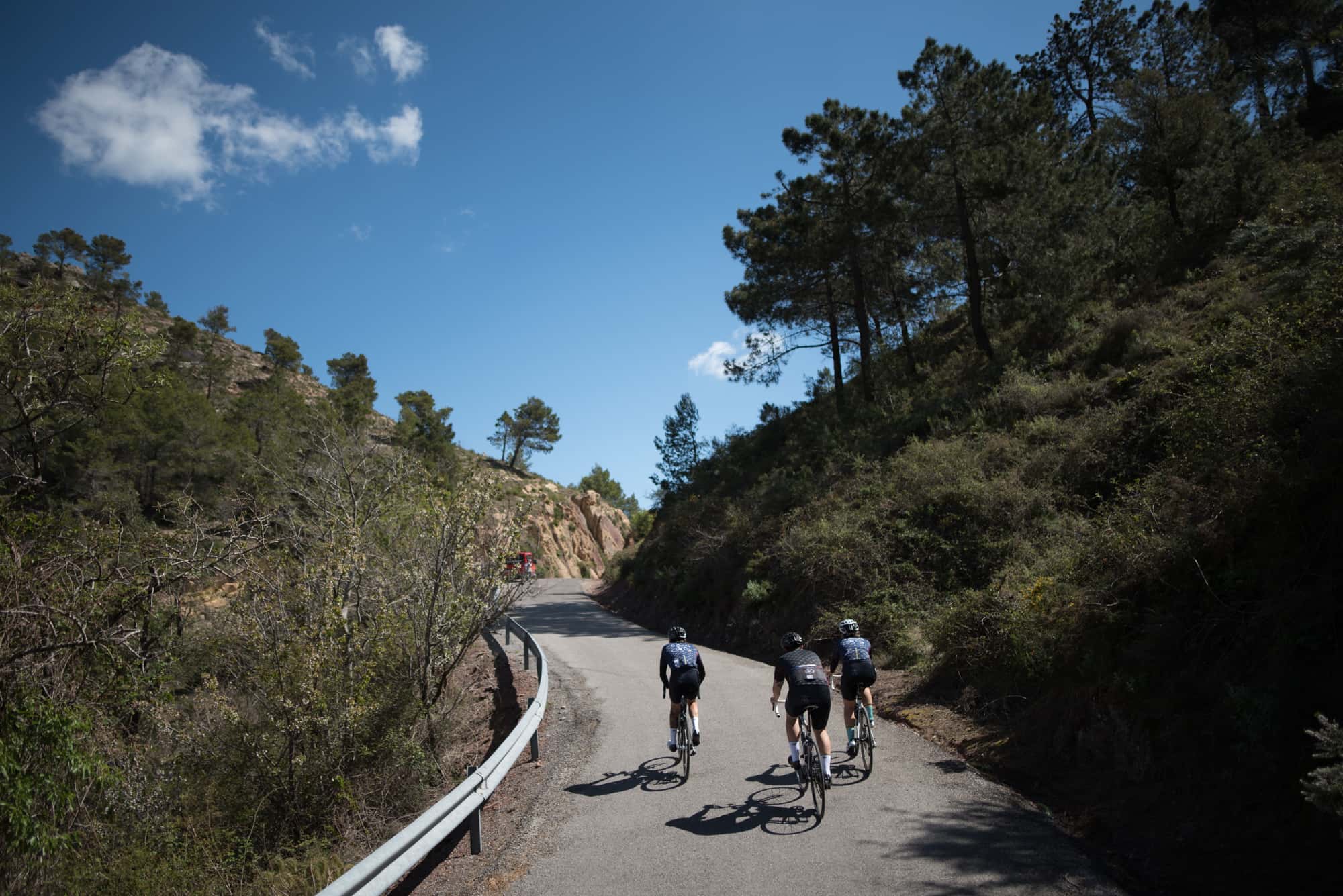 Segorbe is the capital of the Alto Palancia region and is located between the Espadán and Calderona mountain ranges. This municipality, with around 10,000 inhabitants, has a rich architectural heritage due to its historic importance. It has been reported that there was human presence here in the pre-historic era and that it housed different settlements during the Bronze Age. The population has always been larger than other municipalities due to its strategic location between the Mediterranean coast and Aragon. The first period of splendour was due to it being the residence of the governor Azyd Abu Zayd, when the city was under Moorish rule. During the Spanish Reconquest of Valencia it was even named as an episcopal seat and it acted as a home to some kings and dukes. It was an important cultural centre during the Enlightenment, and it also played an important role in the Peninsular War and the Spanish Civil War.
From the 20th century, Segorbe has seen a great demographic increase and the city has become one of the key destinations for in-land tourism. Segorbe is an open museum of culture, tradition and nature and as such there are many interesting point you should visit. First of all there is the Catedral Basílica de Segorbe, a 13th century cathedral which was built in a Gothic and Roman style and has seen various modifications over the years. You can also visit the three churches which form part of the religious heritage: the baroque style San Martín church; the San Joaquín y Santa Ana church which also has a baroque style; and the San Pedro church, which is the oldest in Segorbe, although there is nothing left of its original construction.
You should not miss-out on seeing the wall and aqueduct which were built before the 13th century and are also home to two 14th century towers. The Castillo de la Estrella or de Sopeña castle is another must-see, found on the Sopeña mount which is a public park these days. Two final things that you should see before you leave are the fountain with 50 pipes (Fuente de los 50 caños) and the bull and horse museum (Museo de la Entrada de Toros y Cabellos). The fountain, located a kilometre from the urban centre, is an emblematic symbol of the city as it is composed of 50 pipes, and each of them has the name and coat of arms of each Spanish province. To end, and so that you leave knowing one of Segorbe's most important traditions, we suggest you visit the bull and horse museum located in the town hall, here you can get a sense of the festivities which are carried out during the bull-fighting week in September.
If you are coming to enjoy Segorbe, do not miss out on its rich gastronomy which includes oven-baked rice, "olla segorbina" casserole and typical desserts such as the "torta Cristina" cake.
Without a doubt, we recommend you to try these dishes at Gastroadictos Ilusión + Diversión (Calla Palau,22), and for a very similar price you can also book a table at Ambigu (Andernos,7). If you are a big rice fan, we suggest you try the rice dishes at  Casa Alba (Polígono de la Esperanza | C/ La Rioja 147). This is a little out of the town, but it is worthwhile if you want to enjoy its specialities.
If you decide to spend the night in Segorbe and you are looking for somewhere to relax, we suggest the Hotel Martín el Humano (Fray Bonifacio Ferrer,7). It is a little more expensive than the average hotel, but it does have a spa and luxurious facilities. If you are looking for something more basic, a good option is Hotel María de Luna (Avenida de la Comunidad Valenciana, 2). If you want something more rural, there is no doubt that you will love staying at El Patio de las Cebollas (Calle Canónigo Cortés, 16).

The Catedral Basílica de Segorbe, a 13th century cathedral which was built in a Gothic and Romantic style and has been reconstructed numerous times.
- San Martín church: built in a baroque style. On the inside it houses 18th century paintings. San Joaquín y Santa Ana church: a baroque building. This is the last building from the monastery of the Mercedarian Priests which is still standing. San Pedro church: the oldest church in Segorbe although it has been reconstructed and hardly any of its original structure remains.
- Walls and aqueduct: these date back to the 13th century and conserve their arches and two towers.
- Castillo de la Estrella or de Sopeña castle: found on the Sopeña mount which is a public park these days.
- Fuente de los 50 caños (Avenida de la Diputación S/N): one of the city's emblematic points. It is a peculiar fountain which has 50 pipes belonging to each of the Spanish provinces.
- Museo de la Entrada de Toros y Cabellos (Segorbe's town hall): a museum within the town hall which recreates and explains the traditions of the festivities which are carried out during the bull fighting week.

The route that we suggest in Segorbe requires peak physical fitness as it is one of the hardest routes within the province of Castellón. This is due to its almost 175 km of steep terrain lead to an accumulated incline of 3,600m. If you feel prepared to take this on, you will be able to enjoy the different landscapes that this route shows us. You will pass along mountain roads, you will ride alongside the Arenoso Dam once you have gone through Montanejos and in the final section, before getting back to Segorbe, you will feel at-one with nature in the Espadán mountain range.
The first 25 km along the CV 195 are a tough beginning. The terrain is broken and irregular, but once you have overcome that you will have got to the top of the first mountain pass, Arenillas. From here you will be able to recover with a 13 km downhill stretch taking you to Montanejos. One of the hardest sections stand before you between here and Fuente la Reina (Km 55.9). Passing by the Montanejos dam, you will face inclines with a gradient of up to 17%. The flattest part of this section takes you alongside the Arenoso Dam, where you will be able to get your strength back while you delight in its crystal clean waters. More than 20 km along the CV 240 will put you to the test where, at the Puerto de Villanueva de Viver mountain pass, you will reach a height of 1,018m above sea level. Once you have passed through El Toro, there is a decline of 7 km which takes you to Bejís. Here you have a challenge once again with a second mountain pass, Sacañet, which goes to the top of the Monte Mayor mountain in the Torrecilla-Puntal de Navarrete Natural Park. From here to Segorbe you will be able to rest your legs once again along a downhill section. But the route does not stop here, you still have 45 km to go through the Espadán mountain range, and the Almedíjar and Nevera mountain passes have to be accomplished before going back to the town.

- Parish church – Caudiel (Km 18.5): founded in 1616 by Augustinian friars. For many years this was used as a school, hospital and town hall, although it as always kept its religious use.
- Montanejos (Km 37.3): a small natural paradise in the middle of Alto Mijares. This is the heart of the region's in-land tourism due to its natural wonders such as the thermal baths and natural swimming pools. Each year hundreds of tourists flock here to relax in the municipality's spa and to explore the hidden beauty of Montanejos' natural heritage.
- Fuente de la Reina (Km 57.1): a 50 inhabitant large municipality located in the slopes of the Montalgrado mountain range. This is does not have any great civic or religious heritage, but its geographic location is a wonder itself.
- El Toro (Km 76.6): nearly 300 inhabitants live in this municipality which is listed as the second largest within the region. The excellent conservation of its natural heritage has led it to be named as a municipal natural park. It conserves numerous religious monuments such as the castle, although it is not all still standing.
- Bejís (Km 90.4): located between the Sierra del Toro and the Sierra de Andilla mountain ranges, with just over 400 inhabitants. The aqueduct and castle still remain from the respective Roman and Muslim settlements.
- Santos Reyes church - Castellnovo (Km 133.8): built between the 16th and 17th century, although it has been recently restored due to the elm tree in the square where it is located. This square, the "plaza del Olmo" is named after said elm tree. It was built as a celebration of the Spanish Constitution in 1812, and it got so big that it started to weaken the structure of the church.
- Puerto de Almedijar (Km 139.5): road which links Castellnovo to Aín. This road is in perfect conditions and does not have traffic, but is presents us with great difficulties due to the gradient of its slopes. The mountain pass is surrounded by forests and the gorge of the Espadán mountains.

- Gastroadictos Ilusión + Diversión (Calla Palau,22): considered as the best restaurant in Segorbe, here you can enjoy typical dishes.
- Ambigu (Andernos,7): a budget friendly restaurant with traditional food and a menu of the day.
- Casa Alba (Polígono de la Esperanza | C/ La Rioja 147): rice dishes are its speciality. This is a little out of the town, but it is worthwhile stopping here if you want to enjoy its specialities.