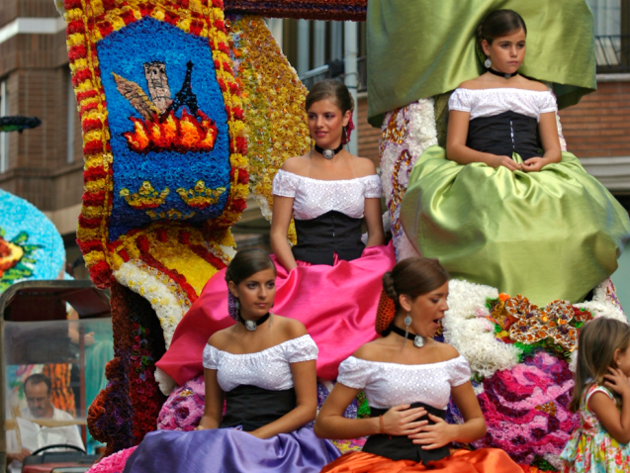 In March, Burriana commemorates San José with its week of fallas. This starts on 15 March with the traditional “plantà” of the monuments, which submerges the city in a week in which music, the sound of fireworks and smell of gunpowder are the main features. So, as of that day the “les despertaes” (fireworks) come early in the morning to announce the start of the activities and “les mascletaes” (firework shows), fill the city with noise and gunpowder and represent an important part of the festivity. The people of Burriana live the fallas with great enthusiasm.
After four intense days during which the sound of fireworks and musical bands take over the city, it suddenly goes back to its normal rhythm after the “cremà” on the night of San José, on 19 March. This is when the 36 falla monuments which have been erected all over the city are reduced to ashes, only to come back with even more strength the following year, thus, completing such as beautiful tradition.
The tradition of the fallas in Burriana dates back to 1928, year in which a group of neighbours decided to use the current Plaza de la Merced to erect the city’s first falla monument. This led to the Falla festivity in Burriana becoming a reference in the Autonomous Region of Valencia, and becoming the symbol of fallas in the Province of Castellón.