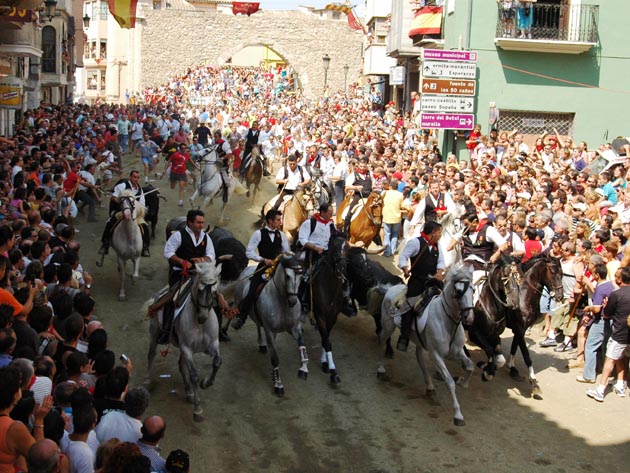 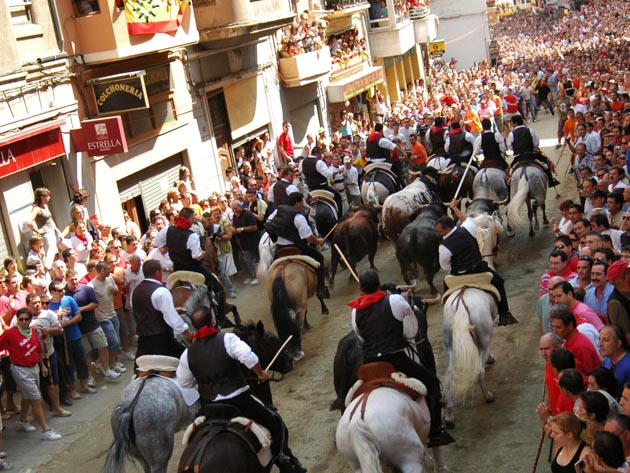 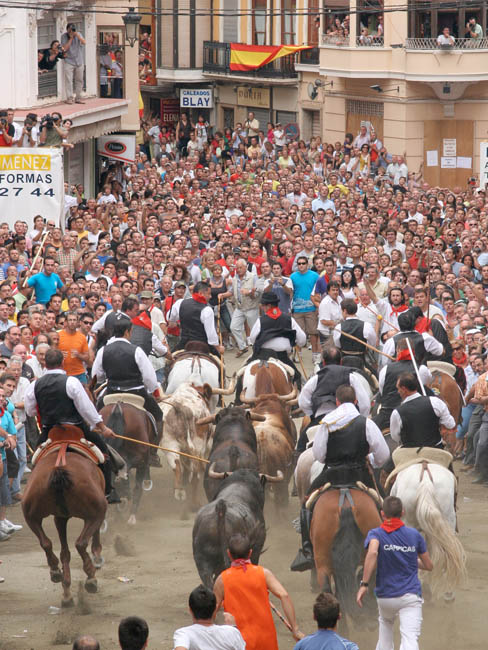 This is held on September

The popular and well-known Bull and Horse Run of Segorbe, whose first documentary evidence is dated fourteenth century, they keep all the features their creators were able to portray on them. Especially those related to the emotion and risk that entail this wonderful show, in which the herd of bulls is surrounded and guided through Colón street by a dozen of skilled and brave horsemen.

This amazing festivity, first acknowledged as Tourist Interest Festivity in December 1985 and later on 9 December 2005 was declared International Tourist Interest Festivity. It is held during the second week of September, from Monday to Sunday and at 2 p.m. Witnessed by a crowd of people, who make up a stereotypical wall along the route, turning these days the capital of Alto Palancia in a city increasingly visited by tourists and bull fans.