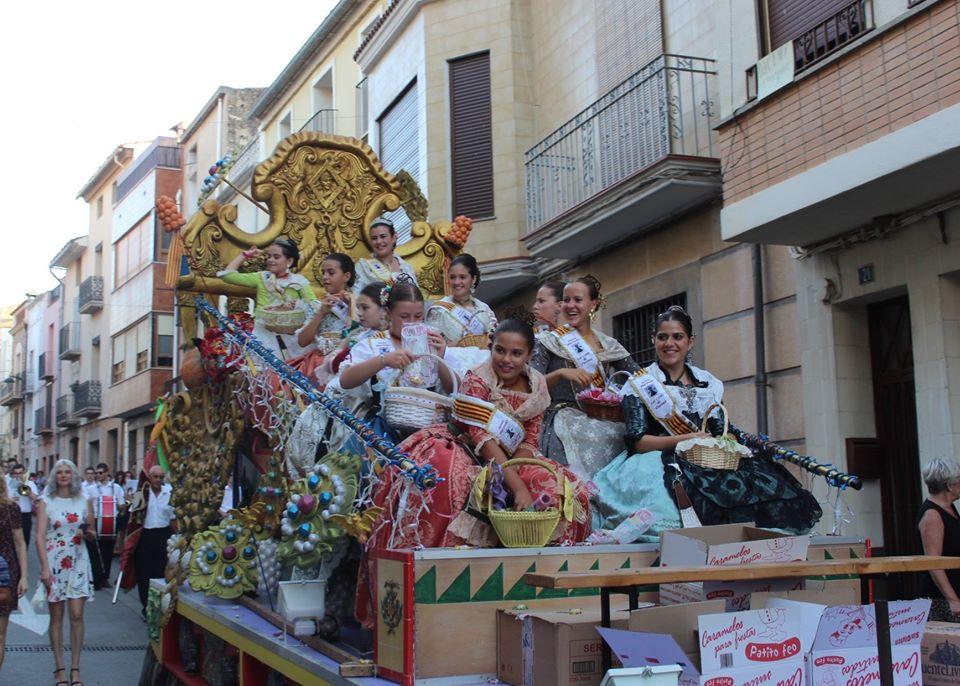 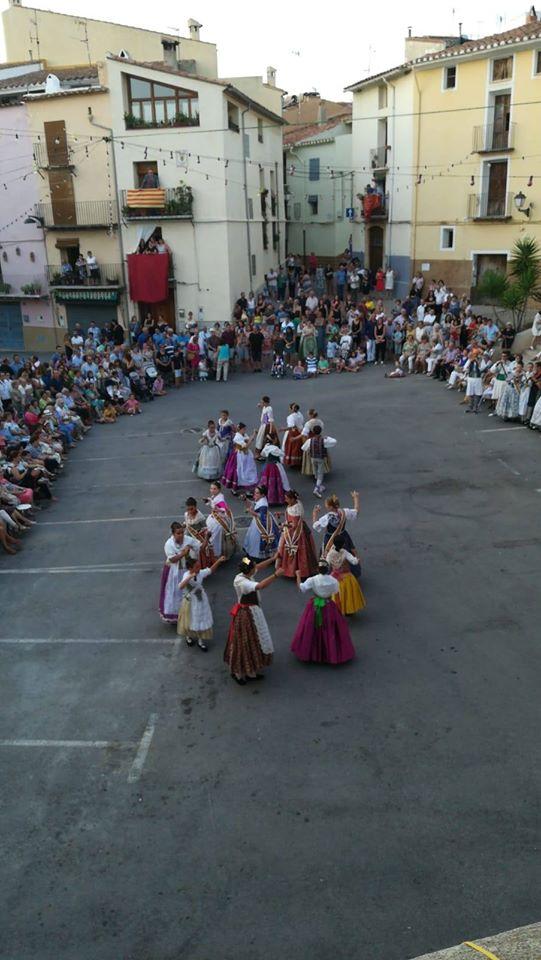 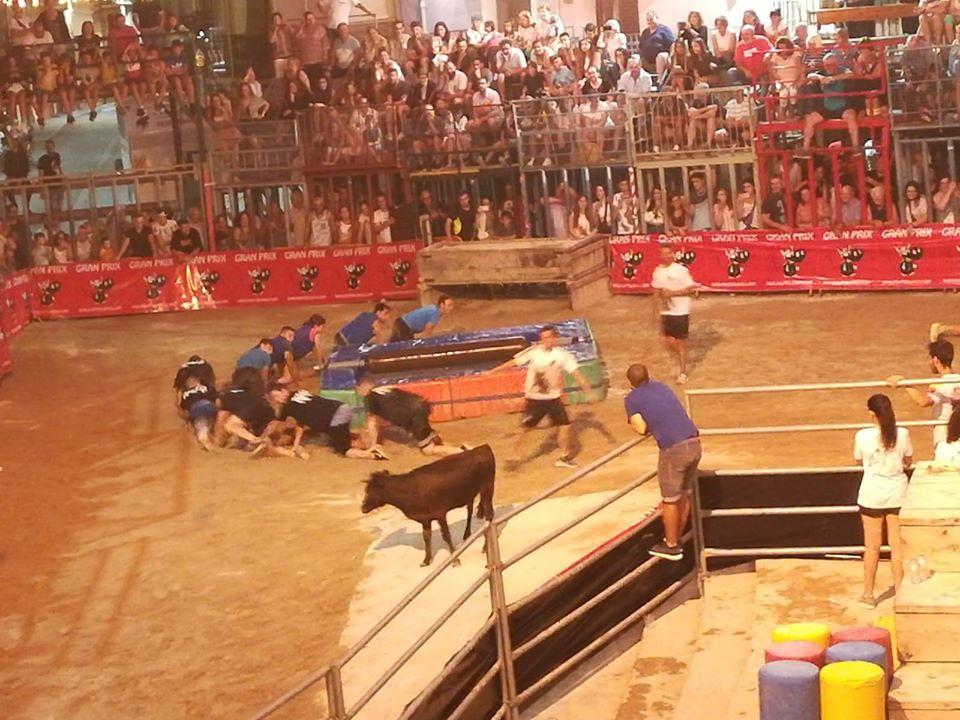 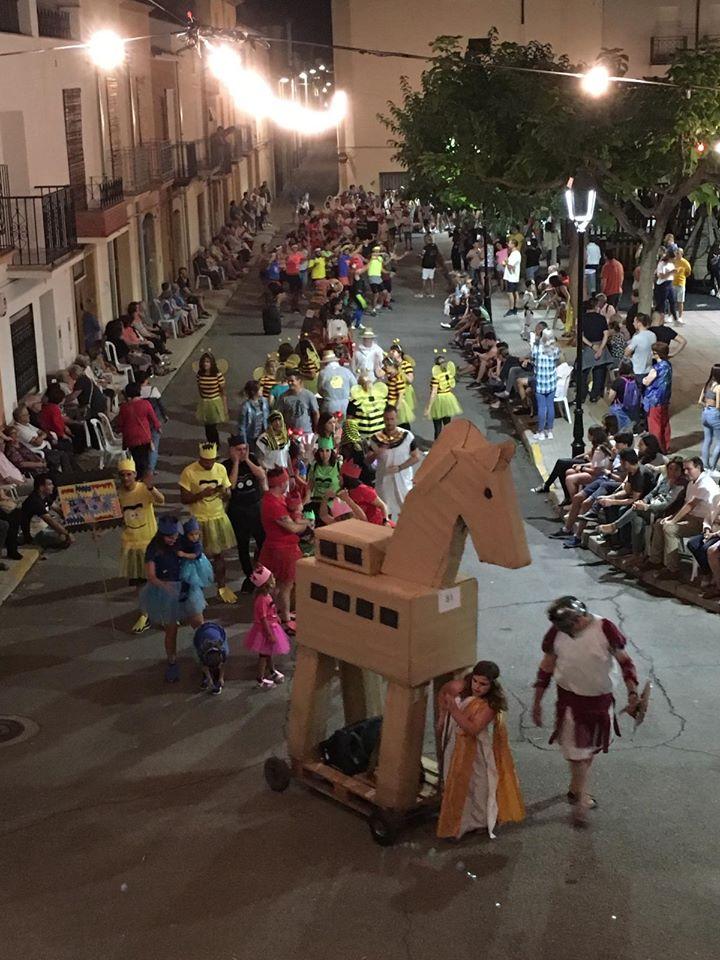 The Festes d’Agost or August Festivals are held in honour of the village’s patrons: the Virgin of the Assumption and San Roque. Officially they took place between the 14 and 23 August. The week before, however, there are already events including the Unió Musical Covarxina summer concert the choir concert and the beach volleyball championship.

The scheme of the programme is always the same: the festivities start on the 14th with the official launch, which consists of a parade of floats prepared by the neighbours and a number of local groups. This is followed by two holy days, the 15th dedicated to the Virgin of the Assumption and the 16th to San Roque, when liturgical acts are held in honour of the village’s patrons. After that, there are days dedicated to bullfighting events with two days of Bous de Vila when the bullfighting events take place in the street and four days of bullfights in the village square. These are combined with cultural events as diverse as exhibitions, communal meals, night-time parties and again exhibitions of Ball Pla local dance, always an integral part of the festivities.

Finally the festivals come to an end with the Día per la Joia. This is a typical day enjoyed by young and old alike when they run the Joia races. Traditionally, on the last day of the festivals people went to the countryside with friends for lunch, after winning the odd race and enough meat to prepare a paella. A number of races are held for all ages, from children under 3 to senior citizens with egg and spoon in mouth races, sack races and wheelbarrow races among others. There is no age limit for this iconic event. The prizes for the winners are a rabbit and a chicken for the first and second places respectively. After the races, it’s common for people to go to lunch with a group of friends somewhere outside the village. Later, at night, there is Ball Pla dancing in the streets, culminating at the Plaça d’Espanya where the queen and ladies of the festival host the closing ceremony with a fireworks display.

The 9 days of events are packed with open-air street parties. On any night in street you’ll find people eating outside to enjoy the pleasant, cool night-time temperatures, in stark contrast to the afternoon heat.