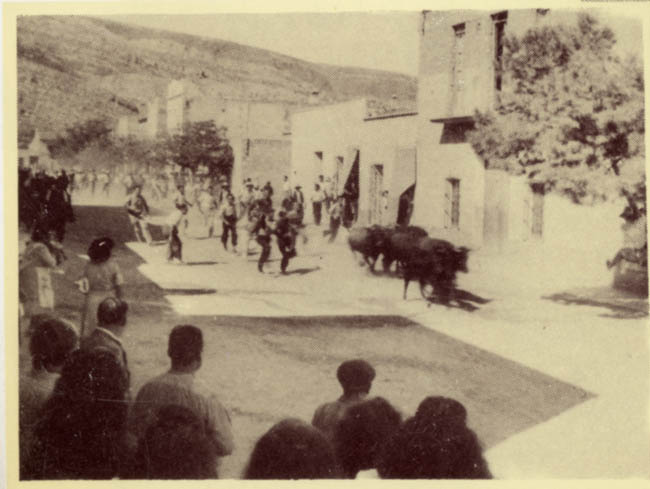 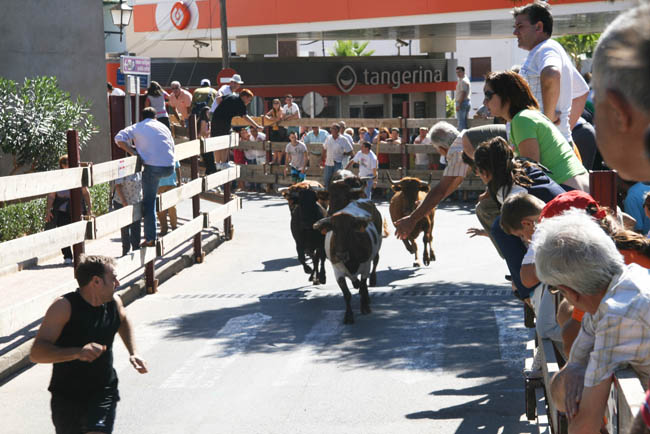 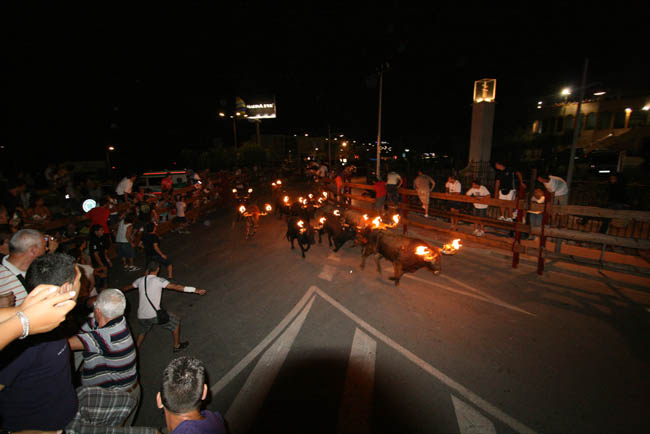 On July 11th, 2013, the resolution of the declaration of the Oropesa del Mar bull runs as a Regional Tourist Interest Festivity of the Valencian Region was made public.

The route of the bull runs, which at the beginning of the 20th century were held in the Ravalet, in the old town, has evolved over the years. Currently, a barrier enclosure of over one kilometre, defines the route of the cows from calle San Jaime to the bullring. The barrier enclosure allows those visitors who wish to see it up close and the bull runs are always the prelude of the subsequent party in the square.

Currently, the bull runs in Oropesa del Mar are an unmissable event during the town festivities, which host two bull runs a day, at 8 am and 1 pm. In October 2007, the first nocturnal bull run with torched bulls was held. This is a variation of the traditional bull runs, which adds great excitement and surprise to the festivity. The event was so well received that, from that moment on, the bull run with 10 torched bulls was added to the programme of the festivities of July.