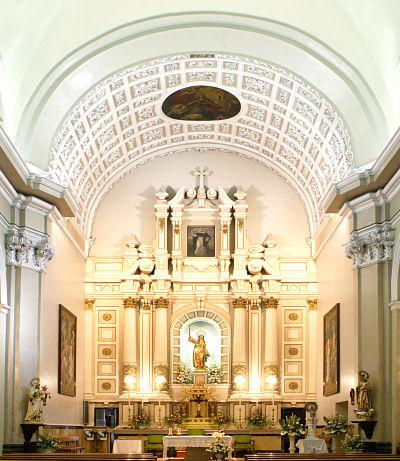 The king Alfonso the Benigno granted in 1329 to Gilabert de Centelles guardian, heir to the lordship of Nules the authority to allocate land in Moncofa to build a church and a garden for the pastor. The present church was built in 1698 on a smaller of 1329. The new church responded to the tastes of the time, transition between baroque and neoclassical Valencia. small nave with aisles, which provide shelter 6 small altars in which images of St. María Magdalena, Inmaculada Concepción, San Isidro, the Holy Sepulcher, Christ of the Agony and Jesús Nazareno among others revere. The high altar was completed in 1798, with a spectacular barrel vault with caissons, highlighting a painted representing the exaltation of María Magdalena medallion.