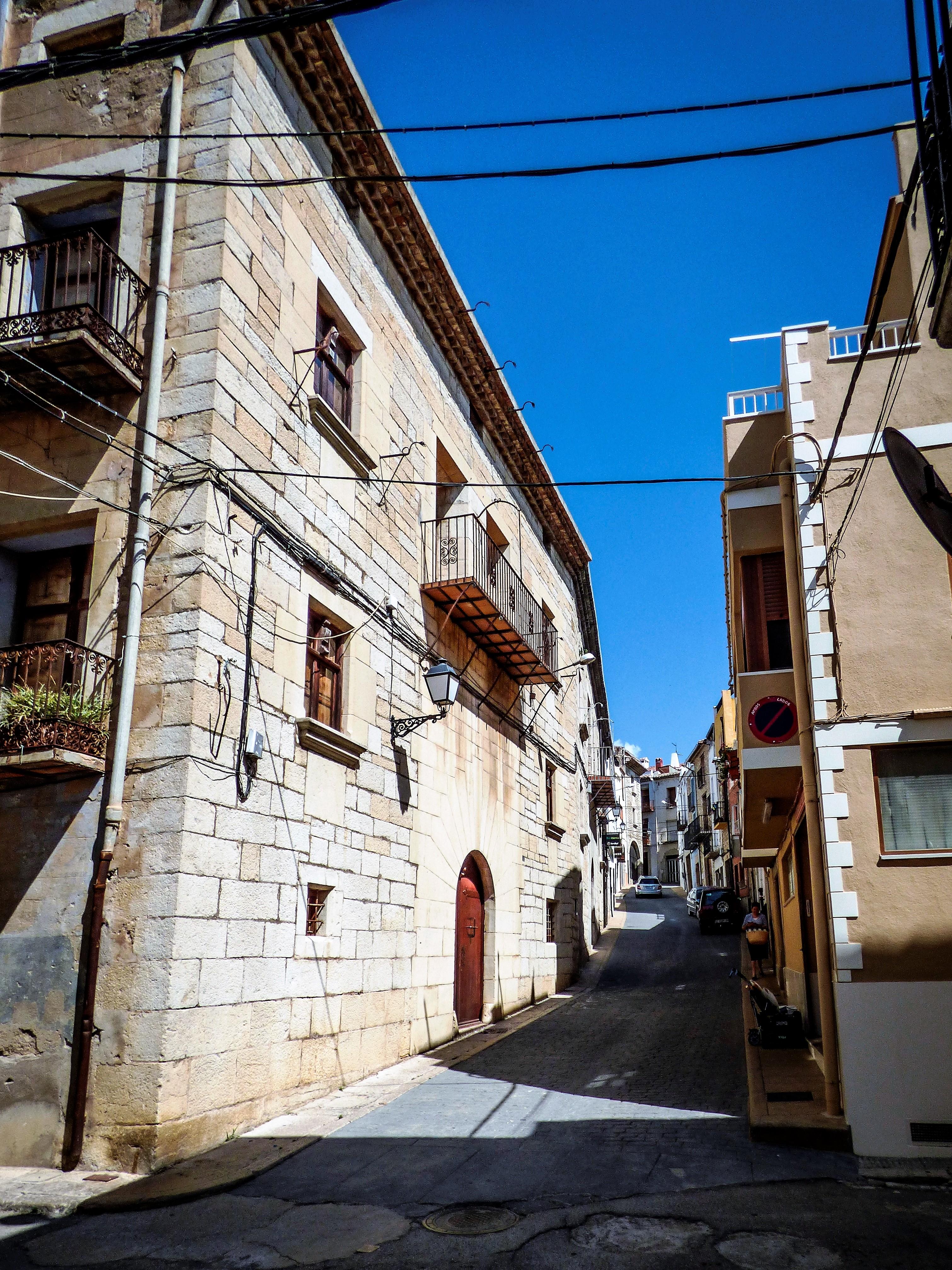 The Palace of Condes de Pestagua was built and initially occupied by the Felié family from Castellón de la Plana, and a branch settled in this village in the 17th century. Mosén Miguel Segarra notes this in his ‘Historia Eclesiástica de Chert’, where he talks about some ‘rich landowners’ that owned a chapel in ‘I'Església Vella’ and had the right to be buried there.

The building consists of two distinguishable sections. One is known as the home of ‘metge García’. The other, bigger and more impressive, is the property of the San Marcos agricultural cooperative.