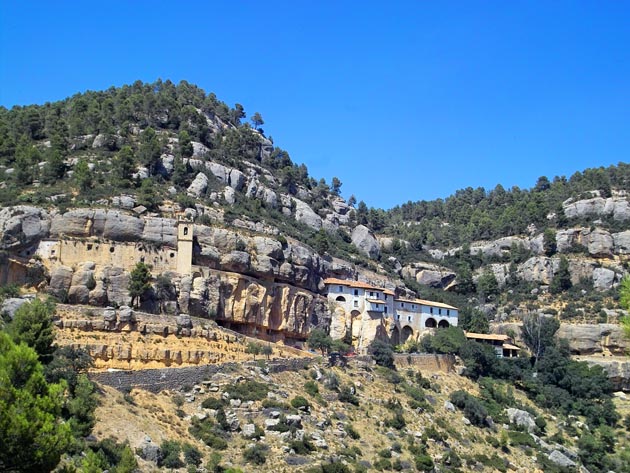 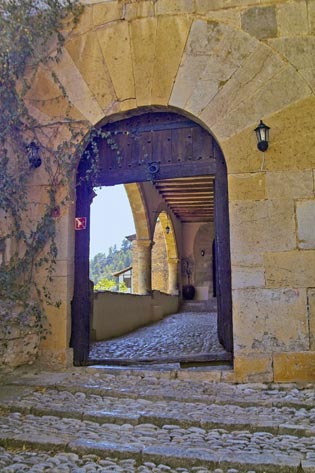 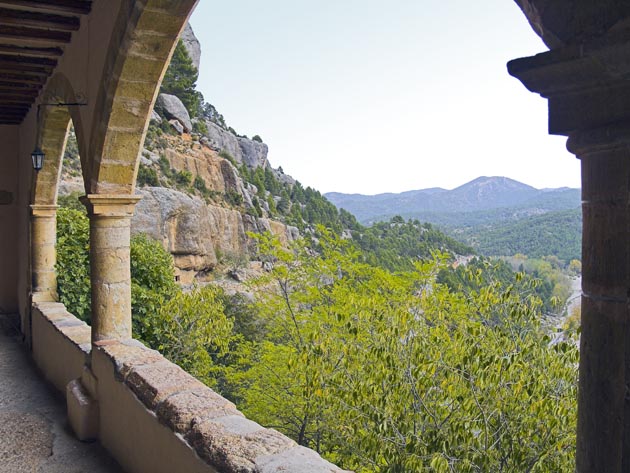 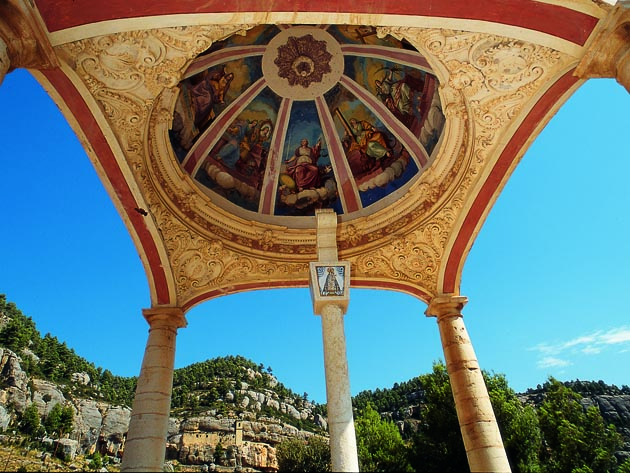 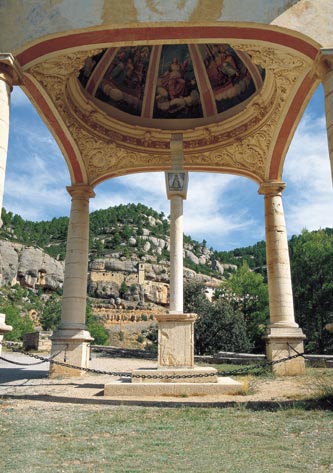 This is one of the most interesting shrines in the entire Valencian Community. It is located 3 km to the north of the village, on the banks of the River Bergantes. Its name, ‘la Balma’, is a geographical reference to a type of large concavity formed by erosion. The shrine is set in this concavity, into an immense mass of rock that looks as if it is going to tumble down into the Río Bergantes riverbed.

The shrine is fully enclosed in the rock, in a natural cove. Its façade has balconies, balusters and walls made from reeds and limestone.

A long flight of stairs goes up to the large hostelry. Stairs on both sides of the entrance lead up to the top floor which holds various rooms. The room known as the ‘sala de las danzas’, or dance room, is a particular highlight, as it is large and has blind arches. The hostelry has a restaurant that is open to the public. It is situated in the cove, in the same section of rock, and its rooms function as a passage into the cave. Narrow and long with a rock roof, you can take in the views from the long corridor that runs along the edge of the cliffs and leads to the temple itself.

The ermita, or small church, and its façade are joined to the bell tower at an angle. They were constructed in 1667.

3 km from Zorita on the road to Aguaviva.