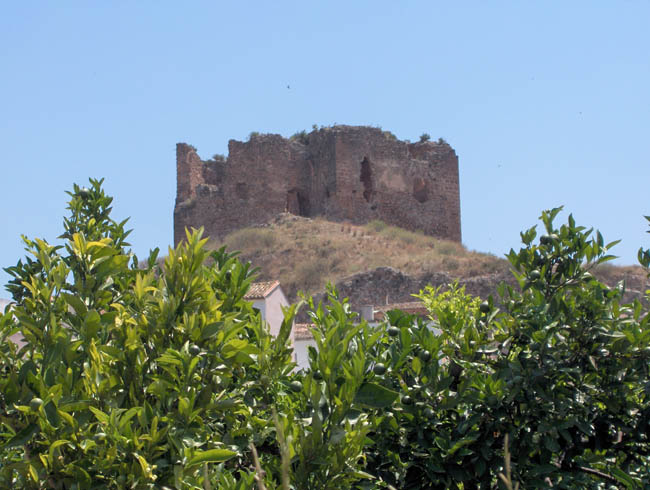 From Roman times, it was rebuilt by the Moors and later by the Christians.

The origins of the castle are considered to be Roman, forming part of Segorbe's defensive network. During the period of Muslim domination, it was again rebuilt over the previous remains; hence the name “new castle” or Castellnou.  This name later contributed to the current one. In the middle of the year 1233, it was conquered by James I’s troops and was later given to the nobleman Berenguer d'Entença, who would be the owner until the end of the 13th century. The different look in comparison to what is normally found in the region comes from the major construction and restructuring it underwent in the middle of the 15th century when it belonged to Beatriz de Borja, who left a beautiful Renaissance mark on it with vaults and pointed arches as well as the elaborate defence features on the outer area.

It has a central curved portal with a forward-leaning tower to the left. There’s no arched portal but visitors can still see part of an interesting ashlar stone machicolation at the top. The arches and ribbed vaults stand out, reflecting the unmistakable mark left by the Borja family from Rome. It’s comprised of a more or less square courtyard with four rooms around it.

Made of masonry and ashlar, a large portion of the walls still remain yet none of the vaults or ashlar on the doors and windows can still be seen. There are sections of walls, although many of them are sort of hidden among the existing hamlet. One of the sections still has the original battlements.