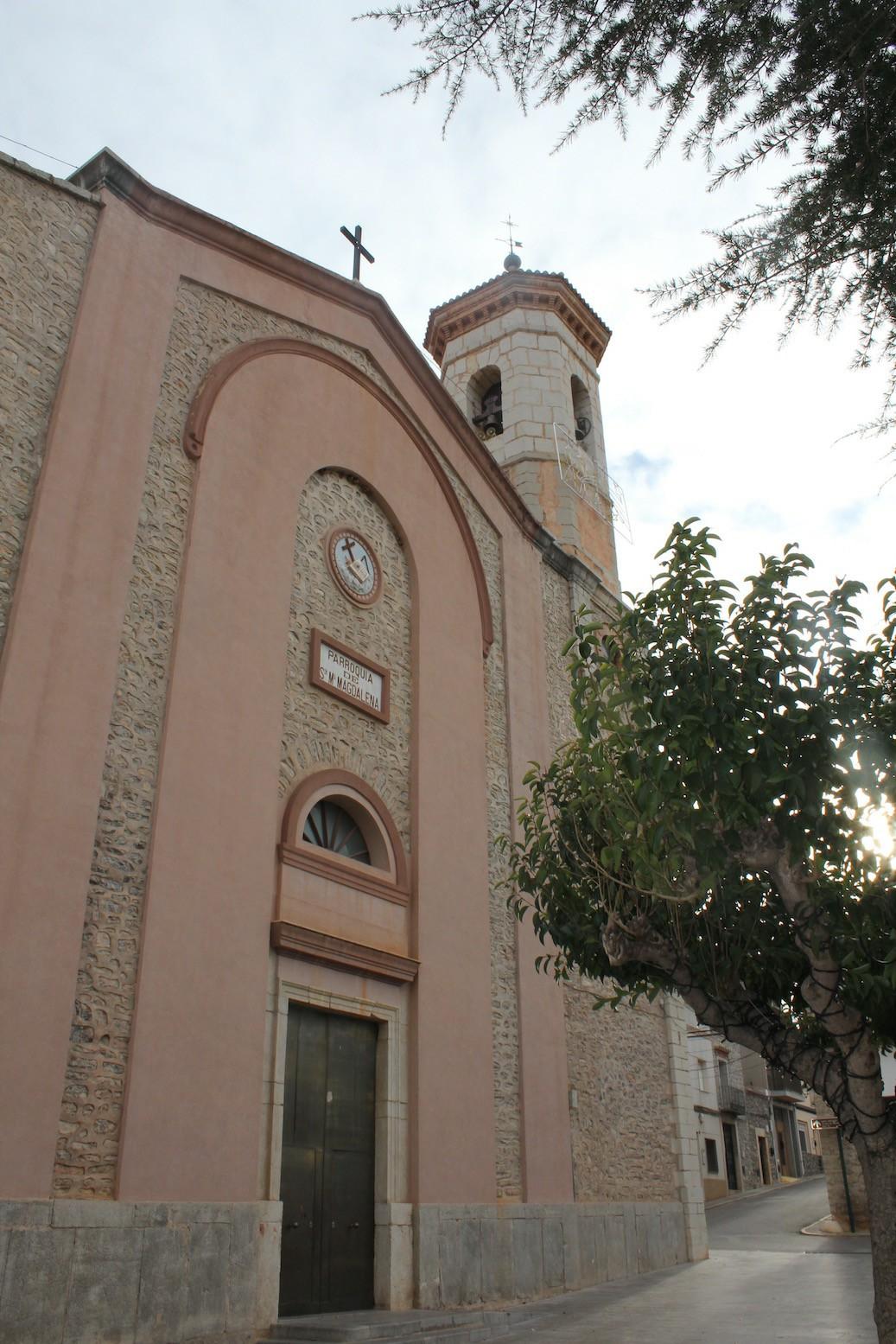 The Santa Magdalena Parish Church owes its origins to a primitive temple built in 1330 and subsequently becoming a section of the church on one side. In 1860, the construction of the current church began, and it was finished and blessed six years later. In 1863, the primitive Gothic chapel was established as a Communion Chapel.

Structurally, the church is composed of one nave with a longitudinal base, and side chapels. It is an Ionic order church with Classicist decor. Its façade does not appear to conform to any architectural order. The freestanding bell tower is on its right flank. A small, glazed ceramic belfry, in clear Valencian Baroque tradition, completes the square-based tower.