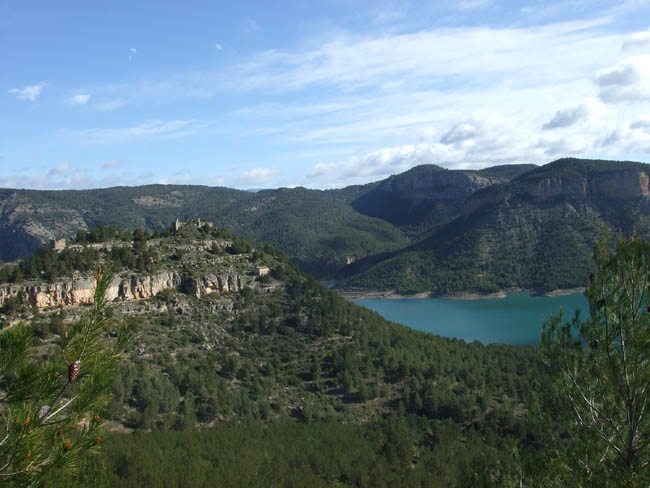 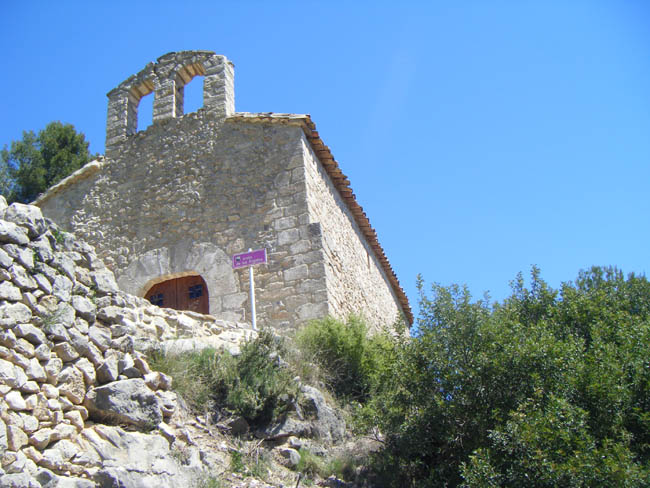 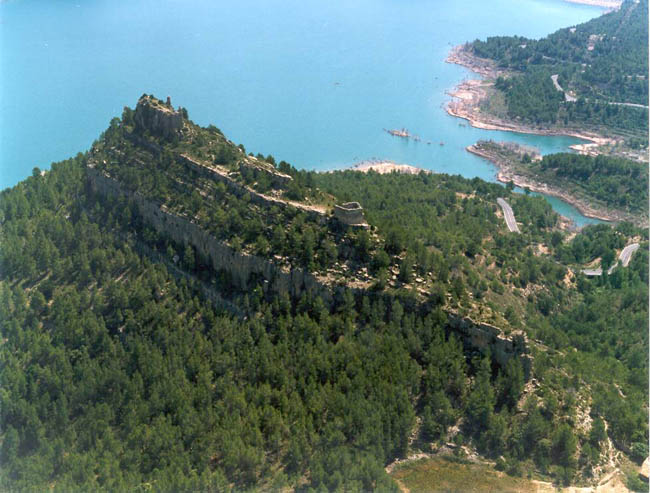 The Paraje, with an area of 32.51 hectares, it is defined by a small 773 meter tall hill that rises next to the Arenós reservoir, in the upper section of the Mijares river. This space forms part of the Site of Local Importance (LIC) Curs Alt del Riu Millars and therefore, part of the of the Natura 2000 Network. Additionally, it is nearby to the LIC Estrechos del Río Mijares in the Teruel province (Autonomy de Aragón), acting as a biological corridor between the sector of Iberian Teurel and the mountains in the centre of Castellón.

From a vegetation point of view, the area of the Paraje is characterized as being a predominantly forested space, highlighting the dense masses of Pinus halepensis that populate the North and West slopes of the hill, with a high grade of maturity and protection from the ground. In contrast, the tree covering in the solarium is much less, with Sub-Mediterranean shrub formations appearing with a predominance of the Phoenician juniper (Juniperus phoenicea) and pirckly juniper (Juniperus oxycedrus) together with pomegranite shoots (Punica granatum) and olives (Olea europaea) coming from old crops. Another clearly outstanding species in this area is the mastic (Pistacia lentiscus). Also abundant is the black thorn (Rhamnus lycioides) and to a lesser degree the kermes oak (Quercus coccifera) and the Mediterranean buckthorn (Rhamnus alaternus), all belonging to the Querco cocciferae community– Pistacietum lientisci. In the arboreal and sub-arboreal layer, in scattered groves between the pine, and more frequently in the shade in the solarium, hardwoods appear such as the evergreen oak (Quercus rotundifolia) and to a lesser degree examples of quejigo or Valencian oak (Quercus Faginea). This species has an increasing representation in the Paraje, gaining land to the mass of conifers. It should be noted that these oaks from the Quercetum fagineae group are considered a habitat of community interest according to the Directive 92/43/CEE. Furthermore, in the Paraje there are arborescent formations of the genus Juniperus (junipers and sabinas), standing out the existing specimens at the top of the hill, that, with its pyramidal form and considerable bearing, give the space particular attraction. Also the vegetation of the Viñaza ravine is of interest, with native species of plants such as white poplars (Populus alba), black poplars (Populus nigra), other hybrids of the genus Populus, as well as tree willows (Salix alba). Furthermore, there is the occasional presence of elm groves (Ulmus minor) and of native species of the adjoining climatophilic forest, fundamentally pines and some oaks. The undergrowth has bushes, generally thorns, of the Rubo- Coriarietum myrtifoliae.

The fauna of the space and its surroundings are directly tied to the forest environment, the proximity of a large body of permanent water is also of great importance such as the Arenós reservoir and large cuts in the outskirts in which vultures are abundant and some birds of prey nest. Amongst the mammals, it is becoming more and more possible to see examples of mountain goats (Capra hispanica) in the cuts of the hill of the Castle. Furthermore, interesting macrofauna appears in the space such as the beech marten (Martes foina), associated to the proximity of water masses, or the badger (Meles meles). With regards to the avifauna, the surroundings of the Paraje is used as a grazing and hunting territory for many birds of prey, amongst them Bonelli’s eagle (Hieraaetus fasciatus), which nests on the outskirts, the golden eagle (Aquila chrysaetos), the short-toed snake eagle (Circaetus gallicus), the booted eagle (Hieraaetus pennatus), the peregrine falcon (Falco peregrinus) and the eagle-owl (Bubo bubo) stand out. In the cuts of the left riverbank of the reservoir there are many griffon vultures (Gyps fulvus), a species that is frequently seen hovering over the hill of the castle during midday.

But without a doubt, the landscape is one of the main values that this Paraje treasures. From the highest part of the hill, in a surrounding of elevated environmental and cultural interest, it has some panoramic views with a scenic quaility of great beauty, with the Arenós reservoir in the background. The Castillo de Arenós, or de la Viñaza, occupies a privileged place, that, due to its strategic location, has some unbeatable views of all its surroundings. Also, this privileged position mean that the hill of the castle is a reference for all the territory, being seen from a great distance and forming a scenic landmark of relevance in the region.

No less important are the cultural heritage resources present on the hill, as well as the historic legacy that this space treasures. This areas has been occupied since primitive times as attested to by Bronze Age ceramics and remains from the Iberian era found in its surroundings. The Castillo de Arenós, constructed in the 11th century (Islamic-Medieval architecture), it was the centre of life of the region during the centuries, long before the current population centers were formed, being witness to numerous episodes that marked its historical development. Currently its remains are declared as a Site of Cultural Interest. Furthermore, the chapel of Nuestra Señora de los Ángeles, of Medieval-Christian affiliation (14th century), located at the bottom of the castle and built after its Christianization, it also forms part of the Inventario General del Patriomonio Cultural Valenciano as an archeological site. The pilgrimage to this chapel is a popular and religious tradition of the community that has recently been recovered by its residents, since it was lost from the disappearance of Campos de Arenoso  by the construction of the reservoir.