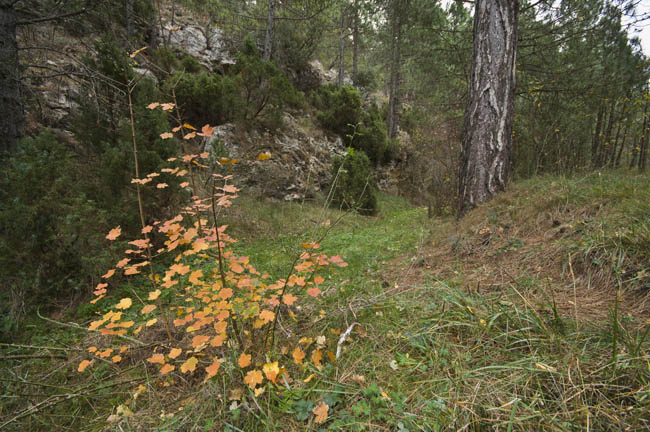 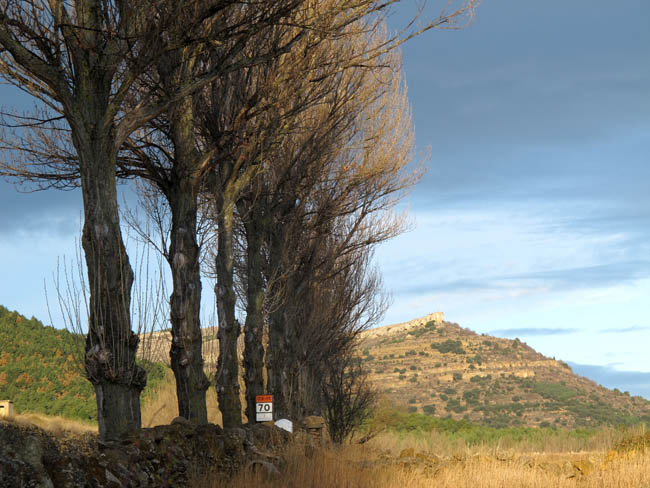 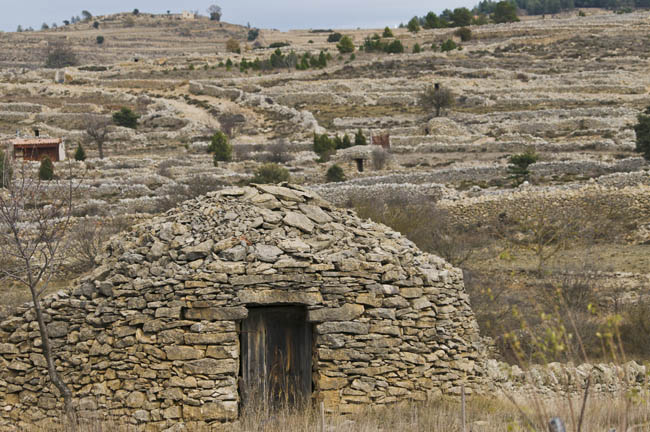 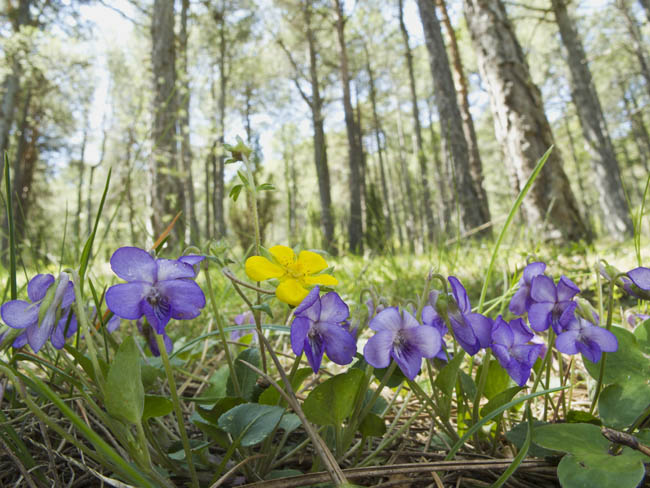 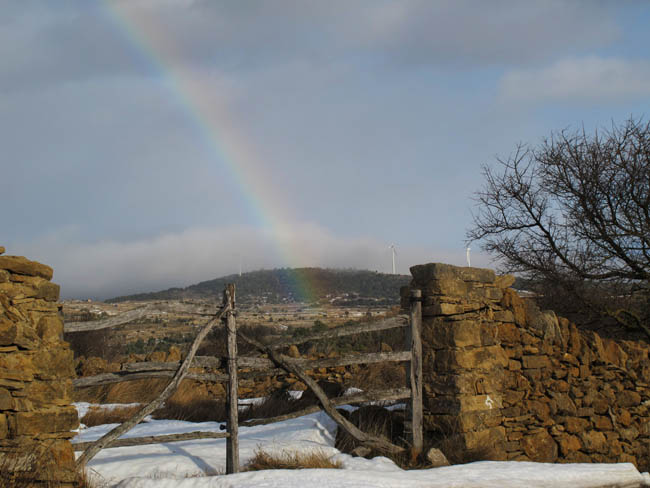 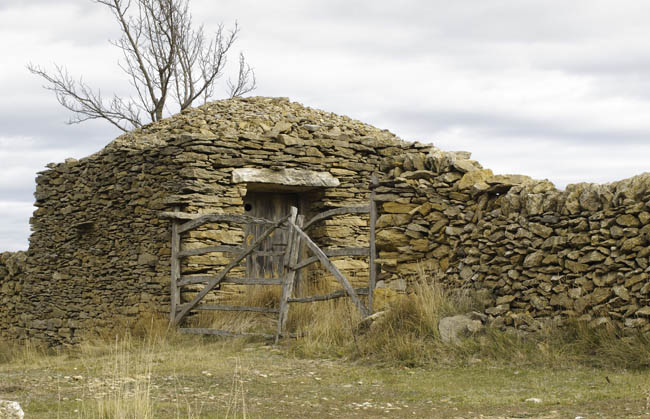 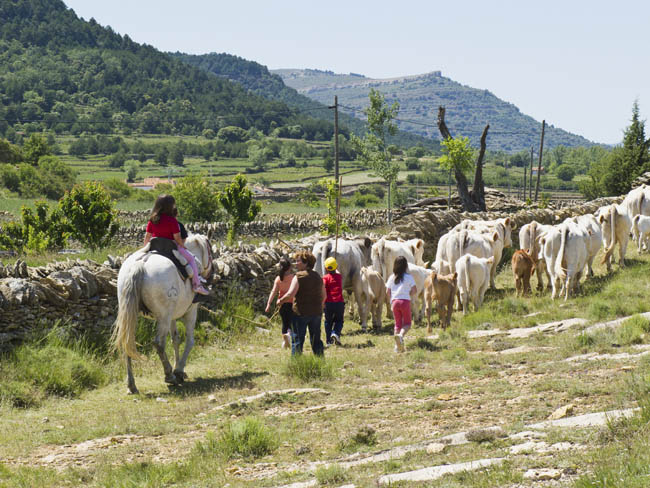 During its meeting on 25 May 2007, the Consell adopted the following agreement:

The surrounding area of the Palomita mountain, located within the boundaries of Villafranca del Cid, possesses several values that qualify its declaration as a Paraje Natural Municipal (Natural Town Space); ecological, botanical and landscape values which are related to cultural heritage.

The harsh climate, a consequence of its altitude and the interior location of the zone, determines the vegetation present in the zone. The main vegetation consists of forests of black pine or pi negre (P. nigra subsp. Salzmannii), a good indicator of the supramediterranean limestone substrate bioclimatic zone, which is  In the upper and colder areas, this is, unsurprisingly, mixed with Scots pines or pi roig (Pinus sylvestris var. catalaunica), thus creating the association Festuco gautieri-Pinetum salzmanni.

Although there are secondary species in the temperate Euro-Siberian forests of the undergrowth, it also displays a clear influence of Mediterranean flora. There is a second level of small trees and shrubs below the pine groves, of which the common juniper (Juniperus communis subsp. Hemisphaerica) and the pyramid-shaped junipers native to higher altitudes. Although less abundant, the Phoenician juniper (Juniperus phoenicea) also grows there, as does the Spanish juniper (Juniperus thurifera). There are also scattered groves of holly oaks (Quercus rotundifolia) and among deciduous species, the Valencian oak (Quercus faginea) and various species of maples (especially Acer granatense and to a lesser degree, Acer monspessulanum).

In certain areas with specific bioclimatic conditions, such as the borders of the Font d’Horta ravine, there are Euro-Siberian species of great interest, such as the common holly (Ilex aquifolium), the largeleaf linden (Tilia platyphyllos) or the English yew ((Taxus baccata), the third one growing directly in the cracks of rocks and nearby debris. From a botanical point of view, this is the most interesting zone within the Natural Space. The following habitats which are given priority by the Council Directive 92/43/CEE are represented here: black pine groves with holly, grasslands with Goodyera repens, and limestone crags with lindens and yews.

On the edges of the pine groves, in humid areas, the undergrowth is much more dense and presents greater diversity. Apart from the aforementioned species, there are others belonging to the Rosacea or rose family, some with thorns and other without, among them, the common hawthorn (Crataegus monogyna), blackthorn or sloe (Prunus spinosa subsp. Spinosa), snowy mespilus (Amelanchier ovalis), Cotoneaster nebrodensis or wild rosebushes (Rosa canina, Rosa pimpinellifolia, Rosa agrestis), along with other species such as the common barberry (Berberis hispanica), Cytisus heterochrous and Ononis aragonensis.

Among fauna, a major highlight is the Iberian ibex whose populations have been increasing in large areas of the north of Castellón. Some of the mammals that inhabit this area are the European badger, the common weasel and the beech marten. Griffon vultures can often be seen circling above this area, in addition to other birds of prey such as the golden eagle, the short-toed snake eagle, the peregrine falcon or the common kestrel.

The Natural Space is also of ethnographic interest. There are numerous examples of drystone architectural elements belonging to the region of Villafranca del Cid such as “casetes”, walls that mark cattle routes and enclosures for livestock or walls delineating properties.

Finally, the unique identification of the inhabitants of Villafranca del Cid with the Palomita wood must be remembered, as it was a communal mountain that has supplied the people with many resources throughout the ages. The remains of the “pi del comunet” are still standing (it was struck by lightning in 1987), and is deemed a monumental tree. The forest of Palomita is linked to local ethnographical elements by another aspect, as it is provides the wood for the Sant Antoni bonfire, a popular festival in Vilafranca del Cid.


Level of protection:
Declared a Natural Municipal Park by the Valencian Government Council (Consell de la Generalitat Valenciana) on 25 May 2007