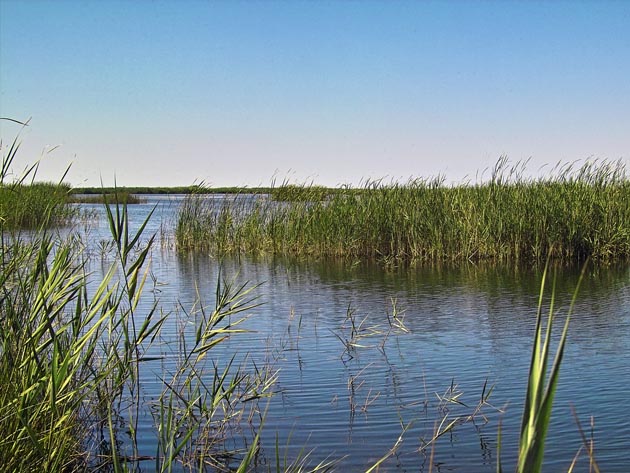 It is the main wetland area of the Castellón province, as well as one of the least damaged habitats of the Valencian Community.

Prat de Cabanes – Torreblanca is a narrow stretch of coastal land made up of marsh and swamp land created by quaternary deposits.

It is the main wetland area of the Castellón province, as well as one of the least damaged habitats of the Valencian Community. Its special scenic, geological and ecological characteristics make this area one of great value within the context of natural heritage of the Valencian region.

Its importance is recognised on an international scale, being included in the List of Wetlands of International Importance, established by the Convention on Wetlands or Ramsar, signed in 1971.

This area stands out as a relevant example of sustainable use of natural resources. The public use, in terms of researching, studying, learning and enjoying the environment in an orderly manner, as well as the mining activity focused on extracting peat, extensive animal breading, agriculture, hunting and fishing, are all carried out in an orderly manner, appropriate for preserving the valuable natural heritage.

This extensive park is home to three main types of plant life: those of the salt marsh, the coastline and aquatic plants. It is worth noting the presence in El Prat of species of flora distributed uniquely throughout the Valencian Community, such as sea juniper, birthwort, daphne-laurel and endemism which are exclusive to the area, such as the ruda de marjal (marsh rue).

The fauna of the Natural Park is very important as endemic species such as the gambeta (caper), the fartet (Spanish toothcarp) and the samaruc (Valencian toothcarp) can also be found here. Birds are the most represented group in El Prat, including among the nesting birds the most important colony in the Valencian Community of a rare and endangered species known as the Collared Pratincole; also of importance is the Montagu’s harrier, the Warblers, which have formed one of the largest communities in the Peninsula, the Black-winged Stilt, the Little Bittern, Terns, the Kentish plover, the Cinnamon teal or the Coot. Among the birds that hibernate, pwe find the Large Cormorant, Lake Harrier, the Common Buzzard, the Kingfisher or the Penduline tit. This list is completed by the birds which visit El Prat during their migration such as the Garganey, the Osprey, the Grey Plover or the Wheatear, among others. There are also species of mammals present at El Prat, including colonies of water rat, rabbits and weasels.

The Prat de Cabanes-Torreblanca natural park is spread over the municipal areas of Torreblanca and Oropesa del Mar (Castellón), and bordered by the Sierra de Irta and the Sierra de Les Santes mountain ranges.

DECREE 188/1988, December 12, of the Council of the Generalitat Valenciana concerning the Declaration of the Prat de Cabanes-Torreblanca Natural Park.