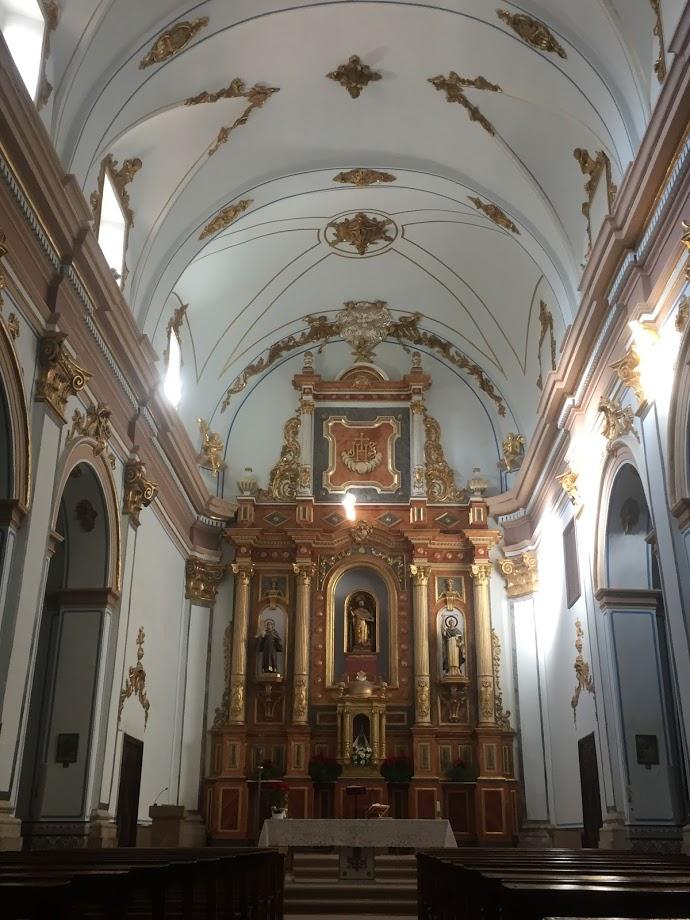 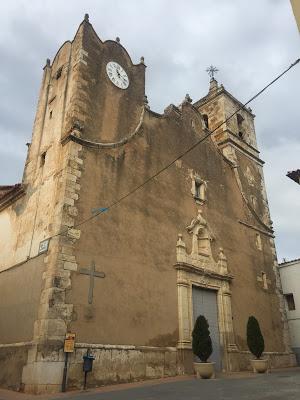 The previous church is thought to have stood on Calle Abadía in 1423. Its main altar was dedicated to Bartholomew the Apostle, and its two side altars are dedicated to Mary, mother of Jesus, and San Gregorio.

The current church is located next to the Palau Casalduch. Pere Bagués began construction on the new church in 1580, and after his death Llatzer de Renyaga continued his work, although it was not completed until 1767. That year, the priest Pere Mas conducted the first mass in the new church.

This Baroque church is very typical of the region, and it has two entrances. The side entrance is the older of the two, and consists of a door within a rounded arch. The arch is supported by Alcarrian style capitals that have vertical grooves, and small sheets that form an astragal stuck to its base. This entrance also features connected Doric pilasters with smooth shafts. They stand on pedestals and flank the arch. Above is a smooth entablature decorated with a convex frieze. The main façade is decorated with mixed lines and flanked by two towers. One is a traditional bell tower while the other features a clock. There is a shield in the centre of the main entrance, which is framed by Doric columns and an upper niche that features a curved wall.

Inside, a large main nave connects to two side chapels by means of wide passages that feature rounded arches. There is a much decorated Baroque pulpit in the middle of the nave.

The first chapel is located on the left of the main door. It is dedicated to San Ramón and its door is decorated with an old wooden balustrade. The baptismal font is also located here.