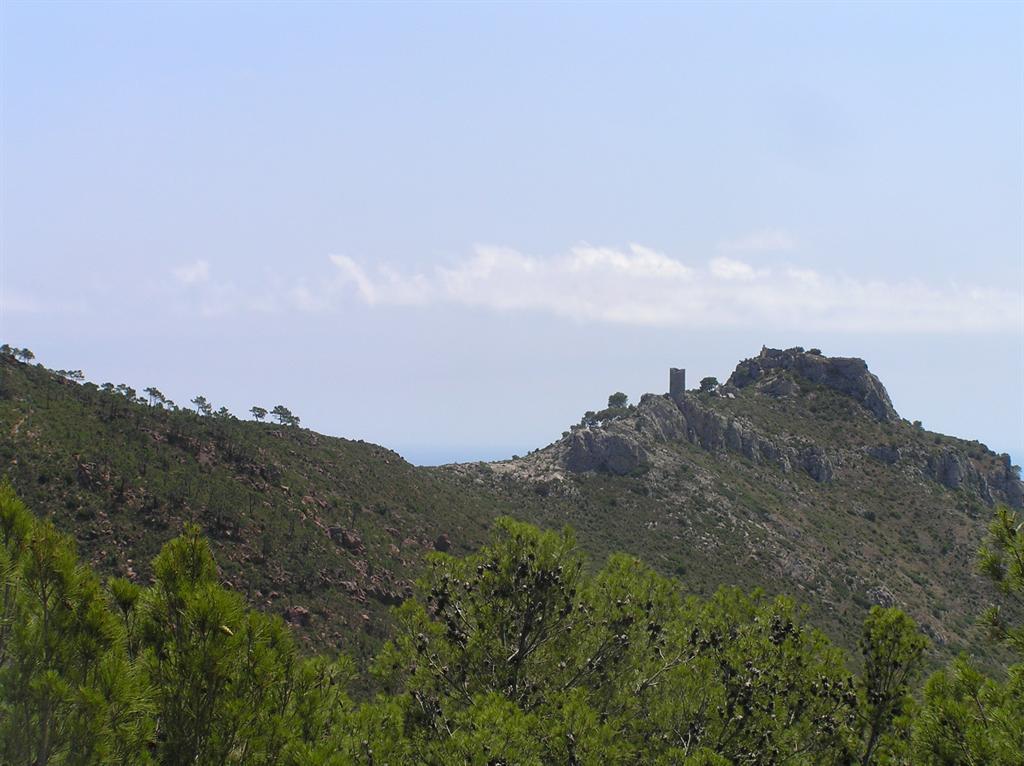 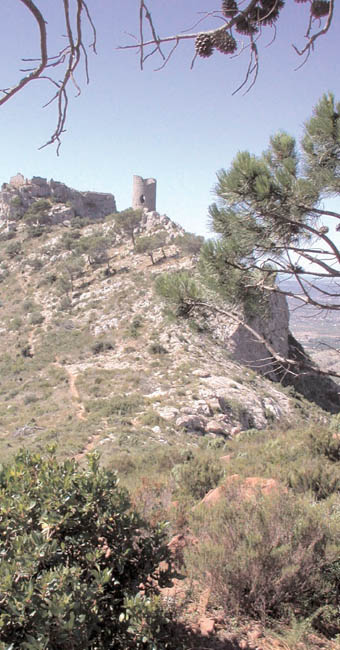 Located on the top of one of the mountains of the Natural Park of the Desert de les Palmes, Montornés Castle was a 10th century ancient defensive system of Arab origin, built over Roman remains, although it was the Christians who reinforced and extended it after the reconquest.

It has a traditional scheme of strength with three enclosures limited by walls. It forms a triangular figure with the tower San Vicente and with the little house of Salandó, which probably had the function of reinforcing its defence. Some wall canvases, ceramic altarpieces and two watchtowers are all that remain from these constructions.

According to a legend, the castle was conquered by means of deceits by the Cid Campeador, belonging later to the knight Ximén Perez d'Arenós and to the monastery of Poblet.

From this location we have a beautiful view of the Plana (Plain) of Castellón and the Mediterranean Sea.

It is accessed through a rural path that can be accessed from the Desierto de las Palmas road, Benicàssim.