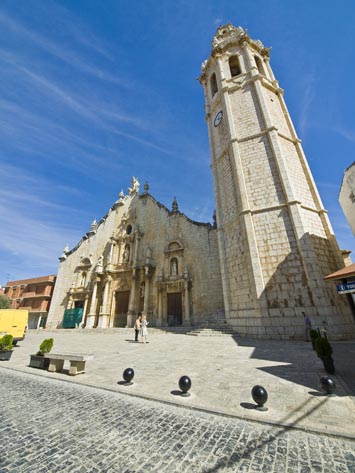 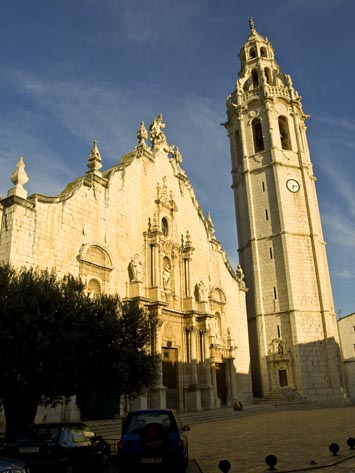 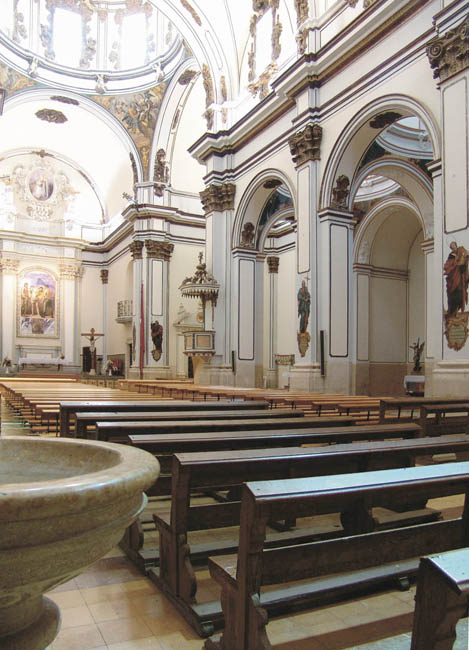 The decoration based on baroque plasterwork, and the paintings of the vault with allegorical and figurative themes stand out. It has an interesting collection of portable art.

Outside, the powerful façade with a mixed profile stands out, being topped with rosettes and pyramids. The main portal has two sections, the lower one flanked by two columns on each side with niches between them; the upper body separated by a wide entablature has a central niche. It is topped is with a highly decorated oval window. The side façades are smaller, showing two bodies separated by a powerful architrave, and ending with a curved pediment. The façade was made by Antonio Granja and Juan Barceló.

On the right side of the façade, there is the tower almost 70 metres high. It is octagonal in shape, and has three bodies separated by a simple cornice, plus the bell tower and the finishing cupola with profuse decoration. The access is located in the lower body, with a staircase and lintel door framed by pilasters.

It is located in the Plaza de la Iglesia, in the center of the town.