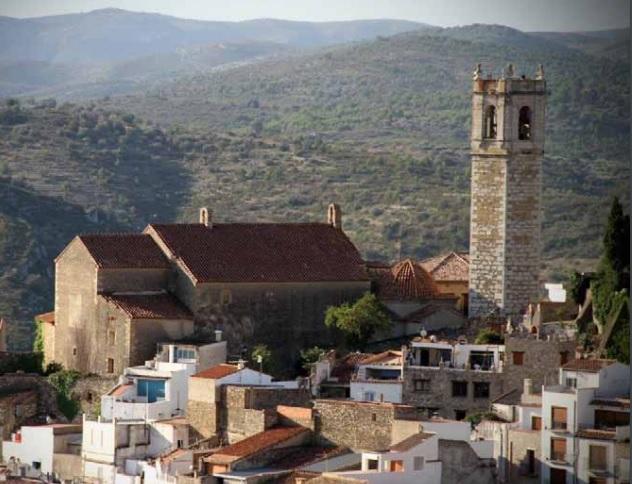 Built in 1760 under the direction of master builder Ulldecona Francisco Pérez. It’s a Baroque building with a hexagonal floor plan and prismatic elevation in the Gothic tradition. The decor is only found at the top where the bells are and the final crown. The entrance to the building is through a small door with a round arch and then along a spiral staircase with 105 steps lighted by three simple embrasures to the top. On the facade facing the church square is the town's coat of arms carved in stone and accompanied by the date of construction of the bell tower (1760). The second segment or “cos de campanes” stands out because of the large semi-circular windows, flanked by Tuscan pilasters to which the bells are fixed. The oldest, known as “The Most Pure” is dated 1906, weights 903 kg and was restored in 2004.