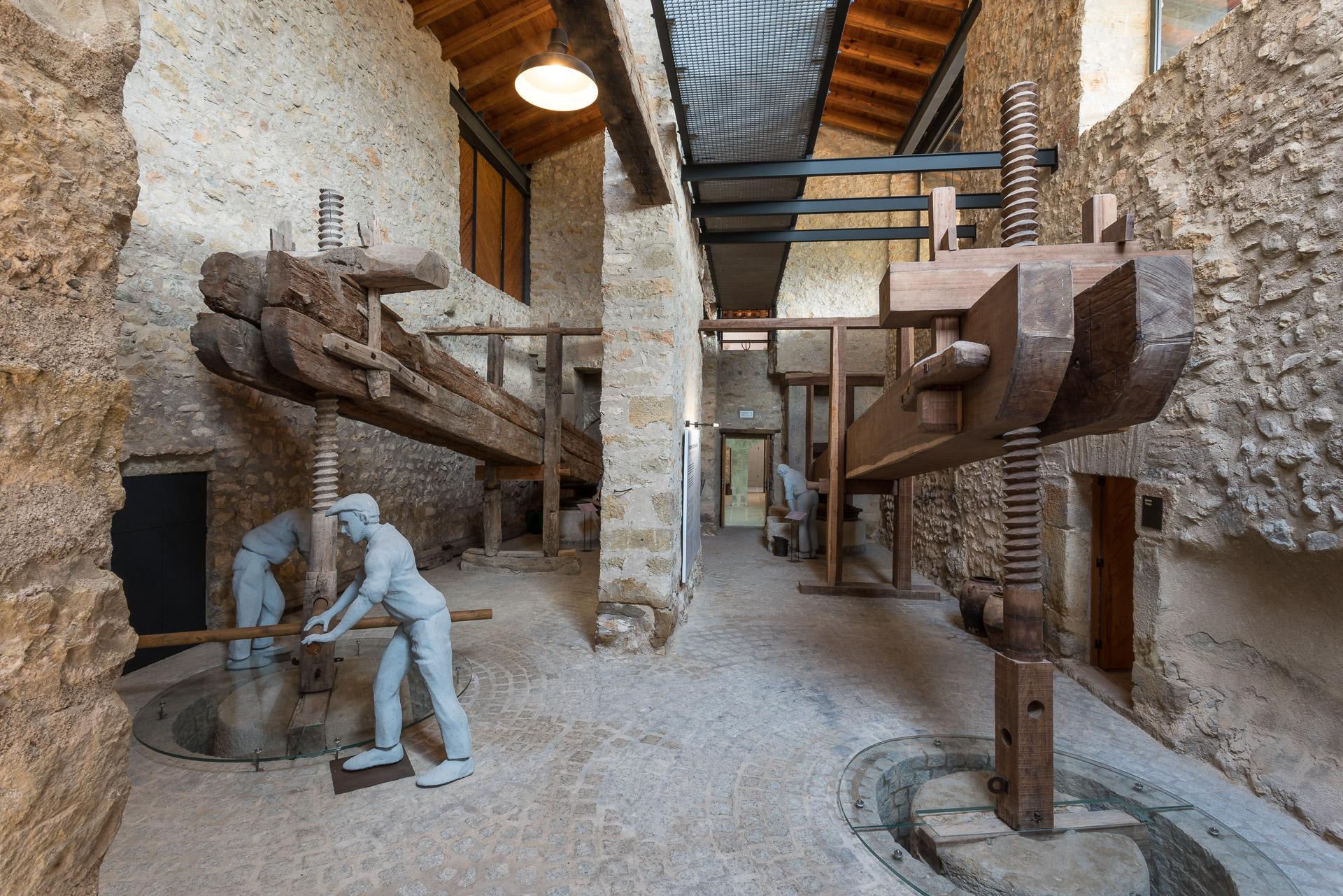 An old oil mill in perfect conditions which currently houses a complete oil museum known as Museu de l'Oli.
The Molí de l’Oli architectural site is comprised of two buildings, a tower and a farmhouse followed by the actual mill. The tower is rectangular with three floors. The ground floor has a hall, staircase and two water cisterns which are accessed from the mezzanine. The first floor is comprised of a main hall and another two smaller rooms. The flooring is late 16th or early 17th century tile. The facade has a round door with ashlar voussoirs. On the main floor there are two symmetrical windows over which the remains of a machicolation can be seen. The current roof is gabled with Arabic tile.  The remains of corbels suggest the earlier roof was flat. In the upper part there is a sundial and an inscription with the date 1726, probably from a renovation. The mill consists of two main elements, the grinding room which had a mill and the press or “ginys” room, along with other secondary ones. The rectangular press room is divided in two by masonry pillars.  There are two presses in this area. The oldest press conserved is dated 1606. The mill nave is divided into two sections by two ashlar drop arches over pillars. Other elements completing the mill include the vessel room, the stable, another used for living quarters and the waterwheel to the north. The mill was renovated in the second half of the 1980s according to a project by Castellon architects Mr Fernando Zaragoza Beltran and Mr Jaime Prior y Llombart. The various parts include: - A tower-like farmhouse with machicolation, cisterns, fireplaces, a spiral staircase, ceramic paving and a sundial. - A mill with a press area, including all sorts of mechanisms and an inscription dated 1606, a mill area, a dry-stone hut, vessel room, other rooms, a waterwheel, a well and an inscription dated 1755 on the facade - An area that connects all these elements. (Based on the Heritage Service Report and the brochure Guia Breu del Molí de l’Oli).

Along the road that leads to Cálig, some 2 km from the town. An appointment with the Town Hall is required to see it.