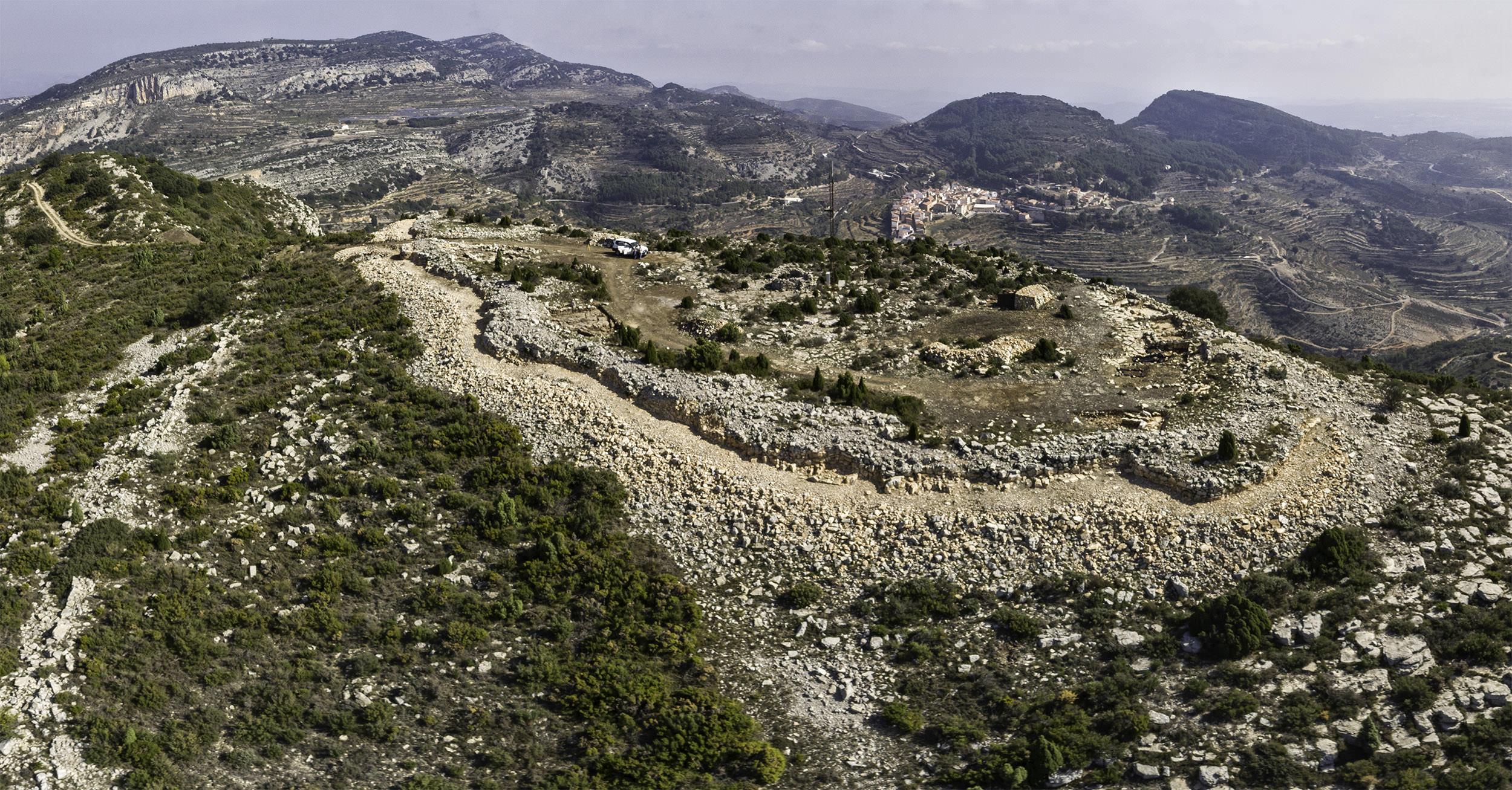 El Tosal de la Vila is an archaeological site found in the well-known and iconic hill of the same name. It is situated to the west of Sierra Engarcerán’s town centre, at 954 metres above sea level, in the Plana Alta region (province of Castellón, Spain). It has been declared a site of cultural interest (BIC).

Archaeological excavations have found the remains of a protected settlement and a wall in the wide flat area that defines the peak, and is easily accessed.

It has been established that the settlement was inhabited during two different periods of time. The older period was between the end of the Bronze Age and the start of the Iron Age (800-700 B.C.), and the second and most recent period was during the 10th century.

There have been continuous excavations with volunteers which last between 2 and 3 weks since 2012, thanks to the collaboration between the Sierra Engarcerán Town Council and the Servicio de Arqueologia de la Diputación de Castellón (the Castellón Archaeological Research Group).

Tosal de la Vila is found at one of the highest points in La Sierra known as Engarcerán. This mountain chain is one of the main dividers in the province of Castellón, separating the Plana de l’Arc corridor of the Carbonera ravine from the corridor of Les Coves de Vinromà.