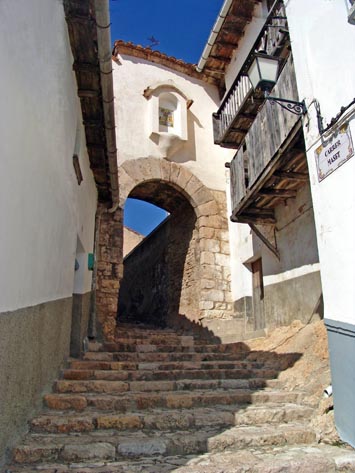 In 1596 it already possessed its own meeting space, but this probably changed locations with the passage of time. This notable building on the Calle Mayor has an elegant Baroque entrance, woodworked windows and eaves on its roof.

This brotherhood looked out for its own interests, as well as for the culture and material assets of the inhabitants of Vilafranca. Among other activities, it agreed to collaborate in the maintenance and upkeep of a teacher for the school, in the meeting held in 1645, and to build a cold store for “the common good” in the session held in the year 1647.