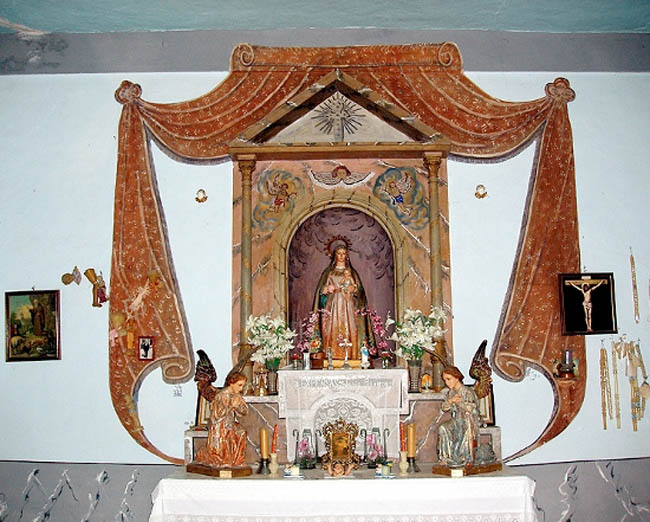 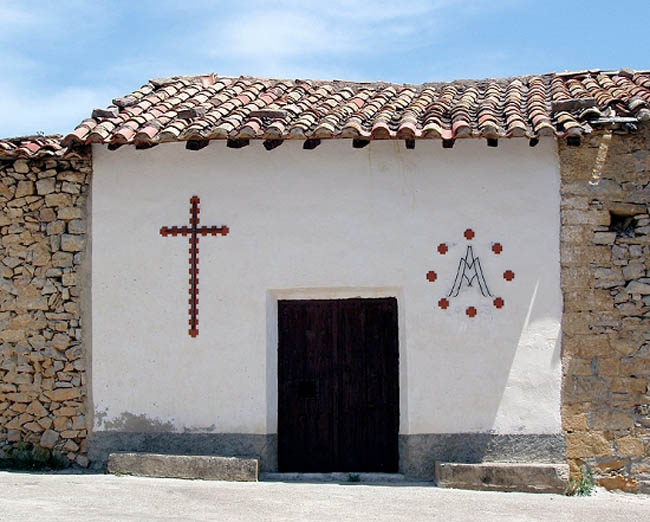 Not by chance is this church is located in the upper part of the village, next to the castle. It lies on the path up to the threshing grounds. At first glance it does not look like an ordinary religious temple, separated from the village centre, seemingly small, its own bell etc. However, on the contrary, it is so well integrated with the adjoining beige building that it could very easily be confused. With regard to its history, it is worth quoting what Manuel Rubio, then priest of Villores, said in the Vallivana periodical on 1 May 1992 as part of the 38th Sexenni de Morella, which is Morella’s festival that is held every 6 years. He says the following:

The distinguished brother Francisco Martín, from the village of Fortanete, was the founder of this ermitorio, or small church, in Villores in 1738. He dedicated it to the Most Holy Virgin along with Nuestra Señora del Buen suceso. It is located in the higher part of the village, towards the North. A simple construction, it consists of one fairly large four-sided nave and has a Churrigueresque altarpiece. In 1860 the Bishop of Tortosa, the honourable José Miguel Pracmáns y Llambés, visited our sanctuary and enriched it with his indulgences. The village and area around Villores, especially Forcall, have always professed a special and tender devotion to the sacred image of the saint, as is evident from the numerous votive offerings that adorn the ermitorio. It is invoked as a peculiar intermediary against certain visceral diseases. However, Nuestra Señora del Buen Suceso is even more often invoked to plead protection for those navigating the seas, entrusting their safe return home to her. It is certain, then, that Villores will join Morella and, together with other villages, take the saint’s symbol to the solemn festival which happens every six years, and especially to the grand torches procession, Las Antorchas, which will undoubtedly be one of the best events. Meanwhile, we shall pray to Nuestra Madre del Buen Suceso so that she may grant all the devout desires of Morella’s Junta General de Fiestas, or General Festival Committee.