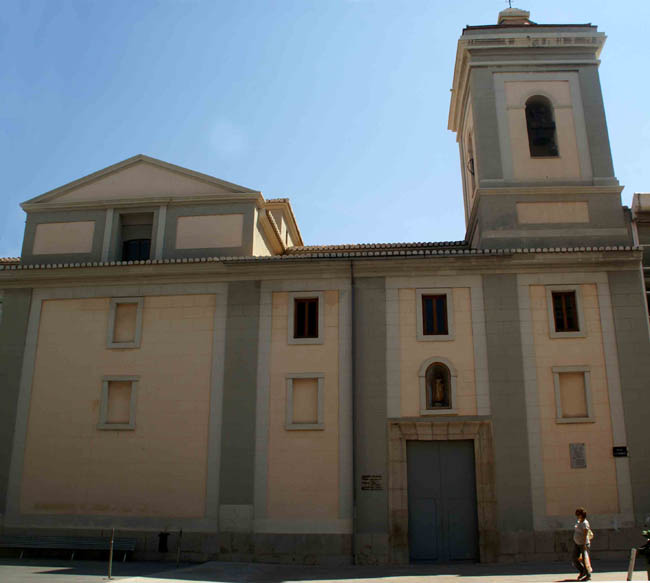 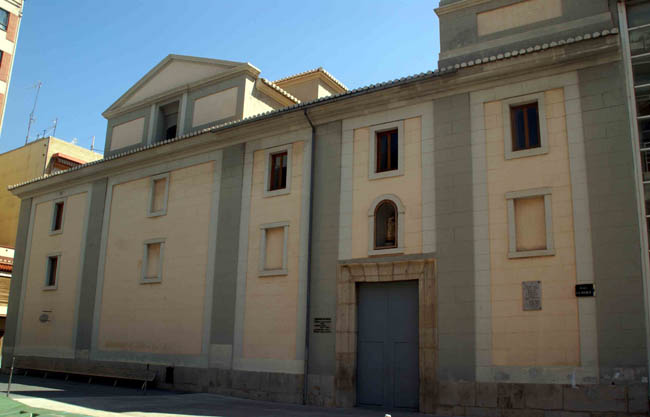 Ex-convent and Church of la Mercé

After having conquered the Villa of Burriana from the Muslims, the monarch (James I) confounded the Order of La Merced, he gave away several rustic and urban properties within the town limits to the Mercedarians. Having accepted the offer, in 1594, the Town Council of the villa gave to the Order of la Merced the Hermitage of San Mateo, later embarking on the construction of a convent attached to the hermitage. This was destined by its superiors to become a “House of Collection for the friars who wished to live in more restricted conditions”, possibly due to the poor facilities it offered. Among the Mercedarians who inhabited this convent, we come across the blessed Ripollés who died within its walls at the age of 27.
In 1738, an agreement was reached to demolish the old San Mateo hermitage, in order to build in its place a larger temple, of neoclassic style and rectangular floor plan, comprised of three naves and one transept.
In 1812, the Mercedarians were evicted by the invading French troops, leaving the convent free to become barracks for the troops of marshal Suchet, who turned the temple into horse stables. When the French were evicted, the friars returned, but under the Decree of Confiscations of 1836, the Mercedarians finally abandoned the Burriana. So, the convent passed into the hands of the Town Council under the condition it was to be for public use, housing public schools, a house for the teachers, Town Council, municipal warehouse, public library or prison.
The building has been affected by a series of successive reforms, highlighting that of 1991 which converted the cloister into the “Centre Cultural la Mercé”, providing a new venue for the “Museu Arqueològic Municipal“.