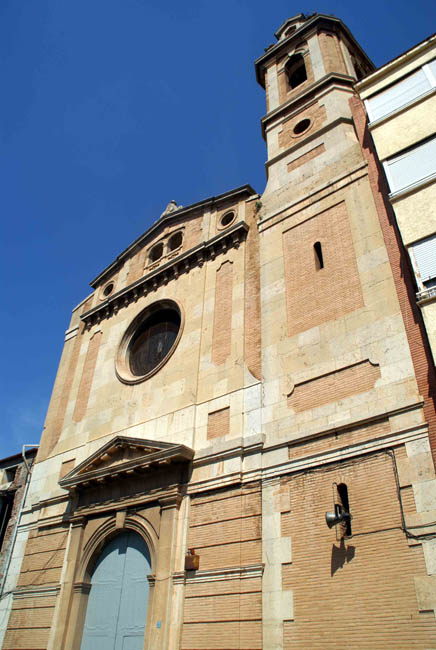 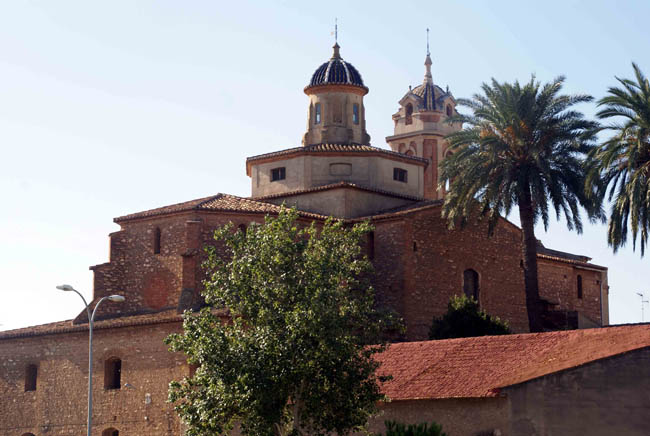 With Burriana having been conquered by James I in 1233, the king made efforts to populate this town with Christian people, and for this purpose he commissioned Pedro Cornell to relocate to his lands in Aragon and recruit people to inhabit Burriana. Cornell returned with people from Albarracín, Teruel, Daroca and Aljafería. The latter two groups, who were deemed to populate the calle Mayor and some neighbouring streets, preserved their traditional esteem for the bishop San Blas, of vast and intense devotion to their lands, due to which they dedicated him a hermitage on the banks on the river Ana in order to worship him. Next to the hermitage, James I founded a hospital for the poor, which opened in 1238 and was consecrated to San Blas.

On the other hand, there is a legend stating that some people from Burriana found the table floating on the backwater of the river, after a powerful storm which had terrified the inhabitants, seemingly pacified by the prayers said to worship the saint. Thus, by finding this altarpiece, the people attributed this “miracle” to the saint, who was designated as the patron of the city in view of being its best custodian.

The old temple was demolished in 1882 to leave room for the new one. The image of the saint which presided over the hermitage was destroyed during the disturbances of August 1936, a prelude to the Spanish Civil War. The current image is a piece by the Villarreal sculptor Julio Pascual Rubert Fuster.

The San Blas hermitage is located on the outskirts of the city, was created by Salvador Forç and was built in stone, lacking a precise architectural style. It is worth highlighting certain neoclassic elements such as the façade and the bell tower. The interior of the temple still houses a table with the image of the saint, a true gem of pictorial art which was restored prior to being exhibited in the “Espais de Llum” exhibition of ‘La Luz de las Imágenes’ Foundation of the Autonomous Community of Valencia. According to Roca Alcayde, this work of art was brought to Burriana by its devotees, the first Christian settlers to arrive at the Villa, originally from the Royal Castle of Aljafería, in Zaragoza.

From the municipality, through the Barranquet, the Pla de Sant Blai and the Sant Blai Street.