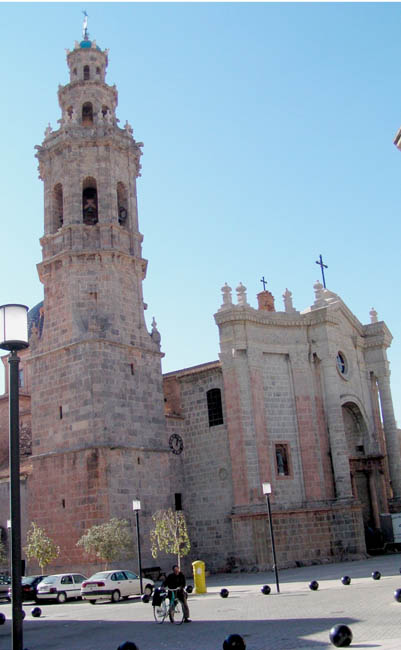 Parish Church of Our Lady of the Assumption

A parish created by a 1602 papal order, the temple is the result of work done over the 17th and 19th centuries.  Standing out is a Baroque bell tower which was finished in 1791, according to sketches by master artist Jacinto Agustí, and restored in 1991.

The altarpiece-like facade was completed in the year 1926 in a neoclassical style. The current images adorning it, “San Alfredo Abad” and “ San Vicente Ferrer” on the side alcoves and “Relieve de la Asunción” in the middle, over the door lintel.

The inside features fresco paintings on the vaults and particularly standing out is the baptismal font, a parish symbol due to the “sacramental source” identifying it, which had remained hidden under the alter dedicated to St. Christopher for many years.  It was recovered in 1994 when the baptistery was renovated.