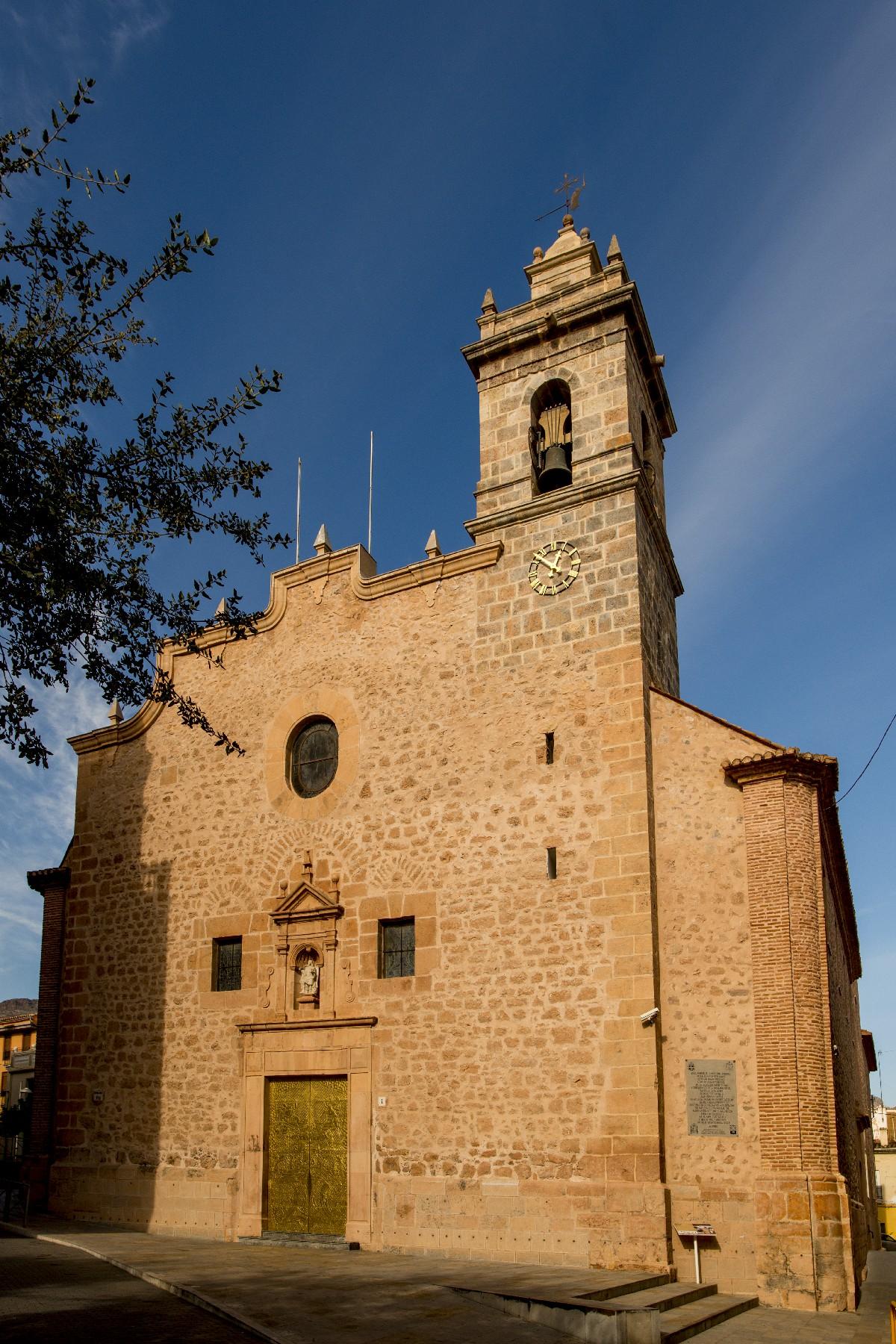 The main parish because it’s the oldest in the city, the current temple was built in the 17th century and expanded in the mid-18th century.

The Baroque facade, which was recently adorned with an eighteenth-century ornamental top, has a mid-17th century bell tower on one side and strong El Escorial influences on the spire.

The inside, with Baroque vaults and neoclassical decorative elements, is home to a collection of late 18th century fresco paintings.  Particularly standing out is the mural covering the entire high altar vault with a representation of “The Glory”, attributed to painter José Vergara.