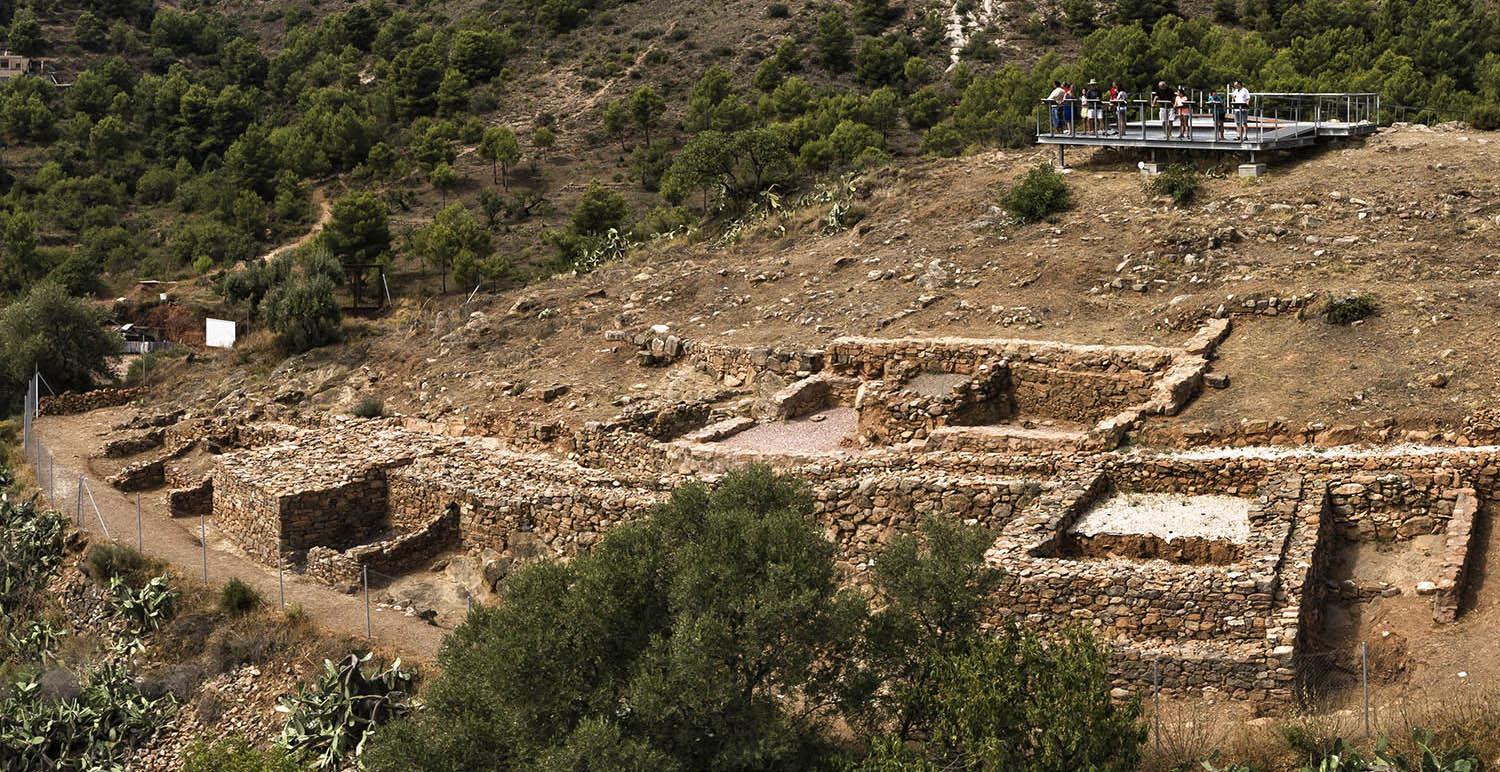 The site of Sant Josep, to the west of the town of Vall d’Uixó (La Plana Baixa), is a 1,600 m2 walled settlement whose chronology covers a period from the early Iron Age (7th c. BCE) to the 4th century and the first half of the 5th century CE. Sant Josep is located close to the church of the same name, high on a small hill above the river Belcaire.
The town became famous in the early 20th century when Juan Bautista Porcar, discovered prehistoric remains in the cave and Iberian remains close to the church of Sant Josep. Later, research began in 1974 under the supervision of the Archaeological and Prehistoric Research Service of Castellón Provincial Government. In the decades that followed, numerous studies were carried out to assess the site, always under the control of the Town Council, which owned it from the 1980s and was therefore in charge of managing any interventions.