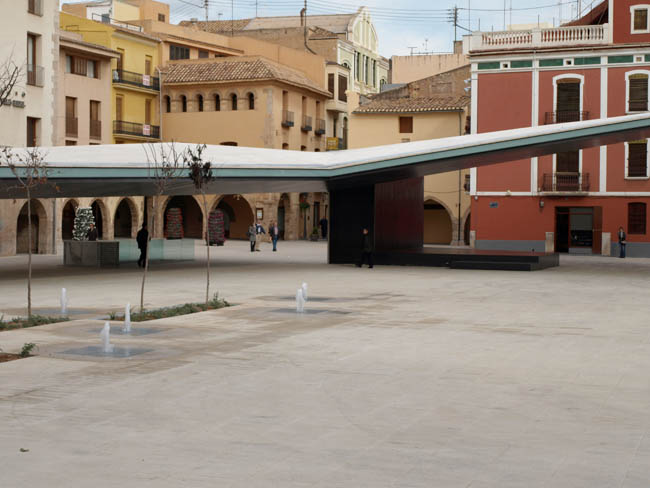 Left from the founding period is the centre of the villa’s old Hippodamian plan with its porticoed square reflecting great medieval character.  Up to four different types of arcades can be observed. The Plaza de la Vila square, declared a Site of Cultural Interest in 1974 and a historical-artistic monument, is the nerve centre of the city. On one of the corners, facing the street Calle Mayor San Jaime, stands the building that was once the King’s Inn.