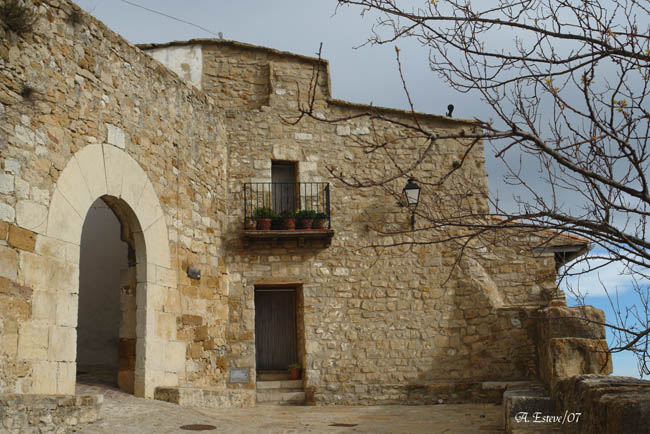 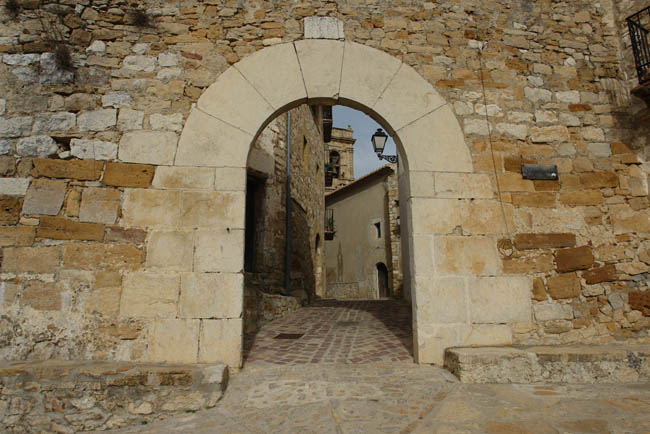 Arch of the New Gate

Rebuilt in the 14th century, it’s the only entrance door to the walled enclosure still conserved. The width is similar to a bridle path; in other words, the space a horse occupies with its pannier.
It’s situated between Porta Nova square and the street Calle Pelleric, the latter formerly known as Placeta de Sant Roc because a chapel dedicated to this saint (St Roch) was once there.