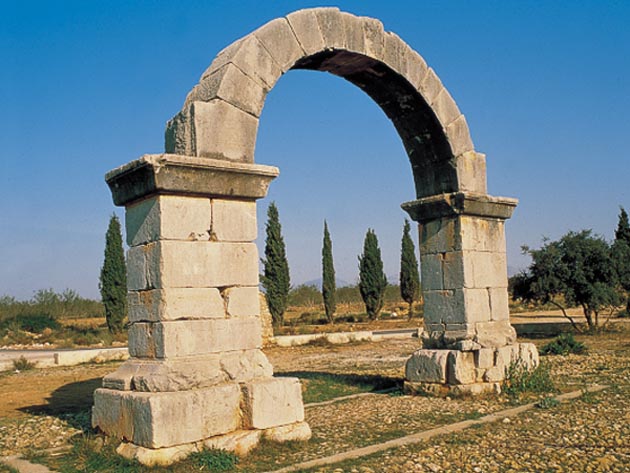 The Cabanes Arch, an incomparable monument from the Roman Empire, still hides a lot of mysteries

The Roman Arch of Cabanes gives its name to the plain in which it is erected, Pla de l’Arc. It is situated next to the Via Augusta, which crosses the plain in a rectilinear line of more than eight kilometres following the pre-coastal corridor of Sant Mateu. The road to Vistabella, which went under the monument until 1873, and the Roman road crosses next to it.

The arch is one of the most outstanding monuments from the Valencian archaeological heritage. Although it is not firmly known the function it had, one of the hypothesis dates its construction in the second century B.C. indicating that it is a private honorary funerary monument.

2 km from the town towards Benlloch