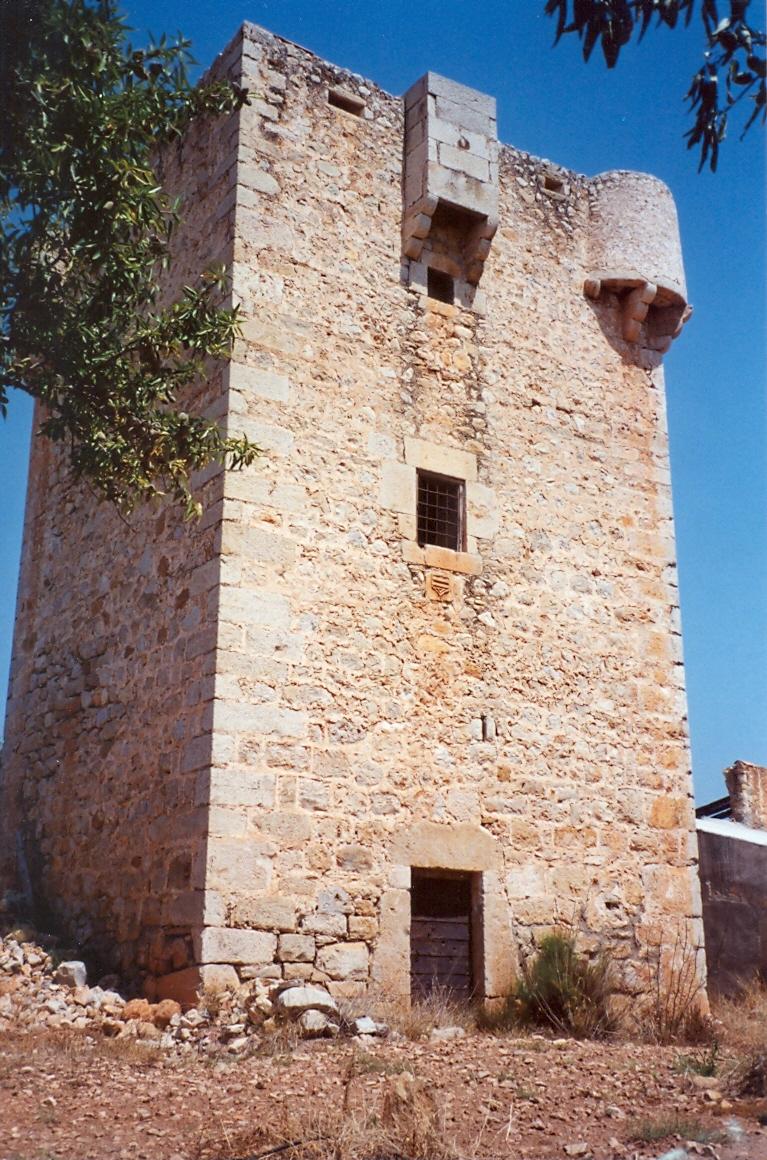 These towers helped protect the peasants in times of danger from pirates suddenly arriving from the coast. Mañez, as it is known today, is the surname of the final owners. It’s located in Ribera de Cabanes, surrounded by fields of fruit trees and, nearby, there is a terraced structure now used for agricultural storage.

The characteristics of this tower are quite similar to those of other towers close by such as "Dels Gats", "Carmelet" and "La Sal", also located in Ribera de Cabanes. The tower has a square floor plan and is three stories tall. There’s a round lookout post on one of the corners with remains of another one on the opposite corner. The entrance to the tower is through the terraced structure. It has 2 small windows and a recently-opened balcony on the facade overlooking the southeast with another two facing the northeast. This masonry tower features ashlar on the corners. The outer walls are in a good state of conservation although newer elements not originally on the tower were introduced when the balcony area was opened. The lookout post on the southern corner is practically destroyed and the inside of the tower is in poor conditions.

From the municipality, by the way of the Towers. It is located in the Ribera de Cabanes.