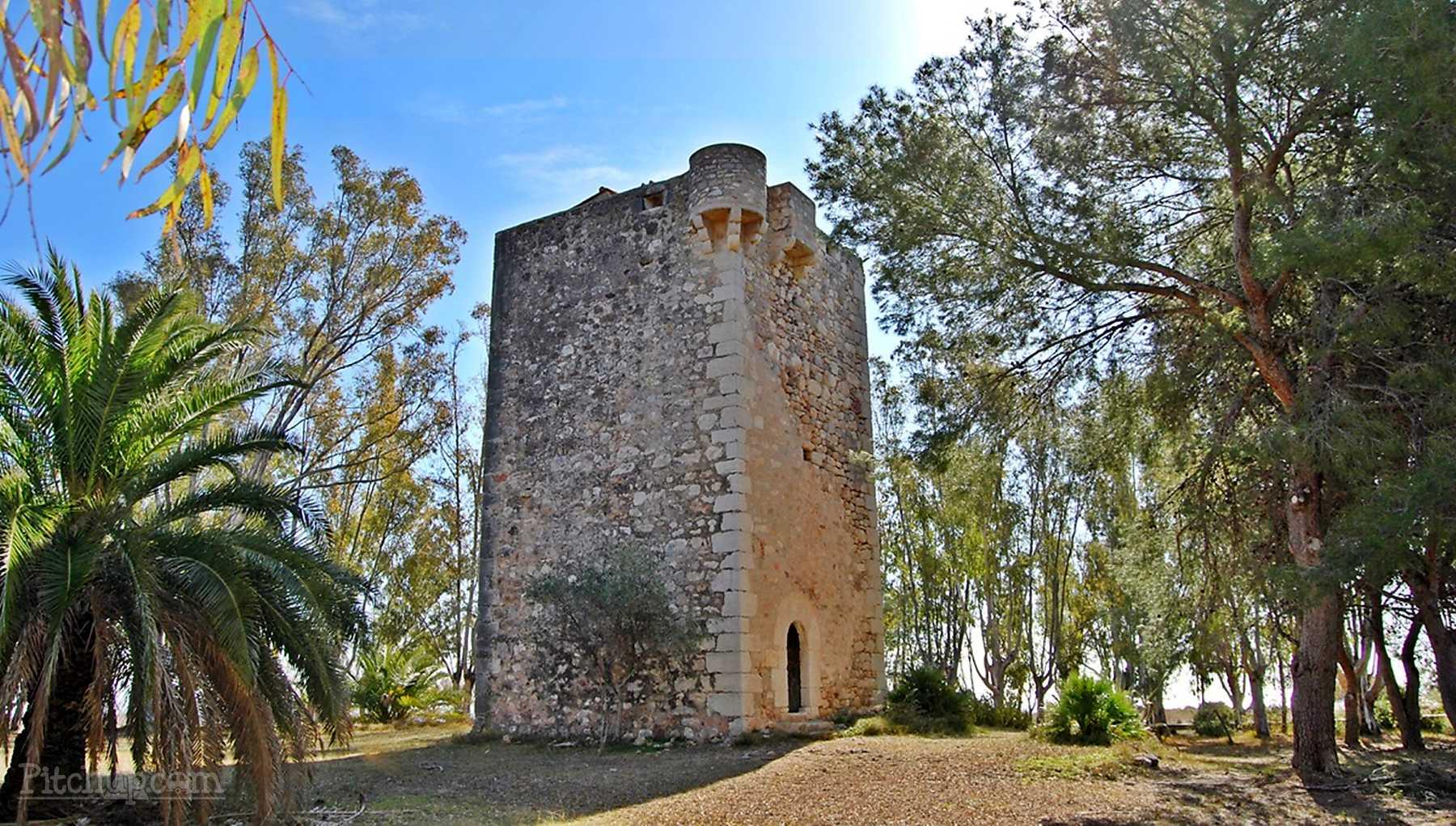 This tower is next to the beach where there’s also an Iberian archaeological site. It’s now in a very poor state due to the effects of the water. Excavation work done in 1987 revealed the remains of bases built with “opus caementicum”, or Roman concrete, along with broken amphoras as well as a storage area full of Dressel amphoras, much like those found in a nearby underwater site. In front of the settlement there’s an area in the sea with plenty of Punic and Roman amphora remains.

Today, the tower is next to a camping site and a restaurant. It has a square floor plan and measures some six metres long. It features ashlar on the corners and irregular masonry on all the other walls. The doorway is a round arch with three steps overlooking the facade facing Oropesa. Above the doorway, there’s a young deer.  Another one is found on the adjacent corner. The characteristics of this tower are quite similar to those of  “Dels Gats", “Carmelet" and "Del Carmen", also located in Ribera de Cabanes.

12 km from the municipality by the CV-146 towards the Ribera. It is located next to the beach.