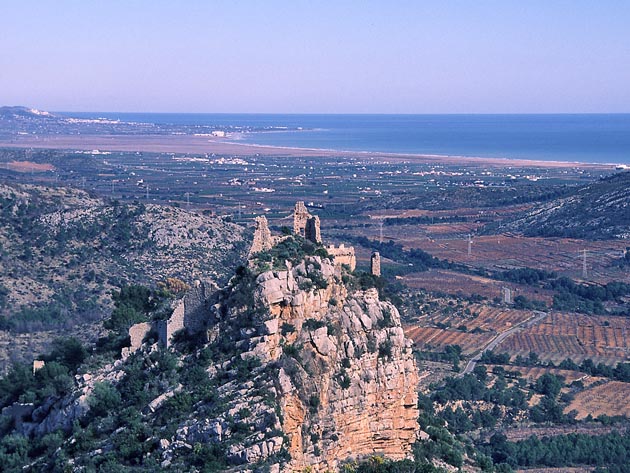 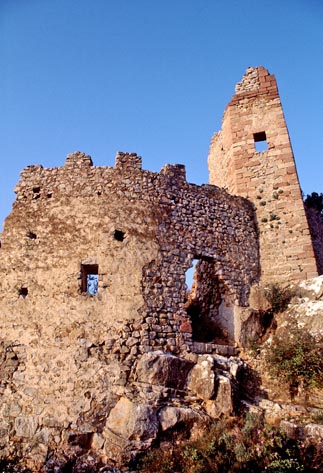 Of Muslim origin, it was conquered by El Cid in 1090 and later belonged to Peter of Castile until the year 1103. It was at the head of a major territorial demarcation now distributed among the towns of Benlloch, Cabanes and Torreblanca. Abandoned in the early 16th century, it had to be annexed along with the Albalat Castle by Cabanes.

The castle rises above a tall hill at the bottom of which there’s a fountain on the edge of the road joining the towns of Cabanes and Oropesa. From there, one can see the coast as well as the Cabanes flatlands which were once swampy. It used to have an artificial moat defending it at the most accessible part. The side walls, preliminary lines of defence and parts of the towers still remain as well as some of the inner rooms and battlements of the castle. There was a lower double enclosure with architectural remains, traces of the ancient settlement’s homes and the now destroyed Church of St. Martin and St. Barts. Various pointed and round arches also still remain.

At 10 km from the town, you should take the CV-148 towards Oropesa.