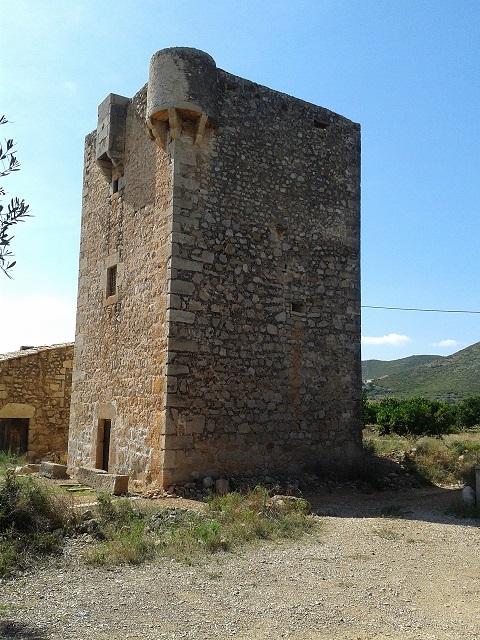 In times of danger, these towers helped protect the peasants from pirates suddenly arriving from the coast. It’s located in Ribera de Cabanes on the Las Torres trail which is known as such because it leads to both the Carmelet Tower as well as its neighbouring tower Els Gats. This same trail leads to the fortified church of Albalat and the castle of the same name.

The area is surrounded by fields of fruit trees and, nearby, there is a masonry terraced structure now used for agricultural storage. The characteristics of this tower are quite similar to those of  "Els Gats", "La Sal" and "Del Carmen", also located close by in Ribera de Cabanes. The tower has a square floor plan and is three stories tall. It has lookout posts on two opposite corners and a young deer on the south-eastern facade where the entrance door is located. Horizontal embrasures can be observed on the roof. A square window opens over the door. There’s a noble coat of arms under the window. The tower is made of masonry whereas the corners and door and window frames are made of ashlar. As an ornamental element, there’s a noble coat of arms over the entrance door.

From the municipality, by the way of the Towers. It is located in the Ribera de Cabanes.