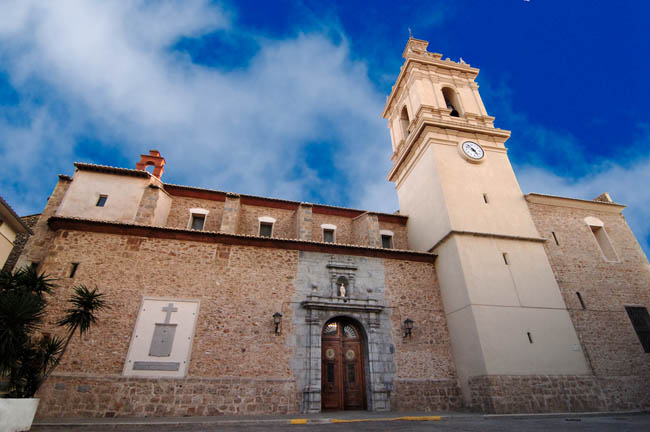 This baroque communion chapel, built in 1699 and enlarged in 1864, is located in the historic centre. It has a single nave and has chapels between buttresses. The main altar is attributed to the Ochando brothers. It currently has a canvas of El Salvador made by Joaquín Oliet, as well as a good collection of goldsmithing items, such as a reliquary of Santa Quiteria made of silver gilt, from late Gothic (15th century),  with a Valencian punch and a petition tray. On the façade, next to the square, a Roman funeral tombstone of the  1st or 2nd century of our Era is placed, the only one that persists from those transmitted by the authors and those found in the area.