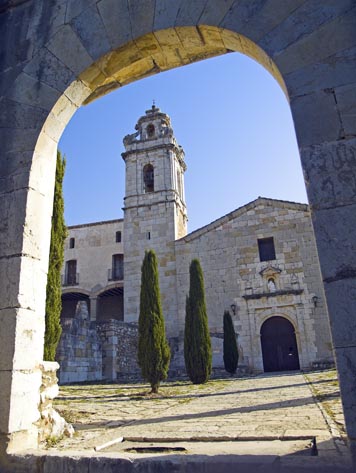 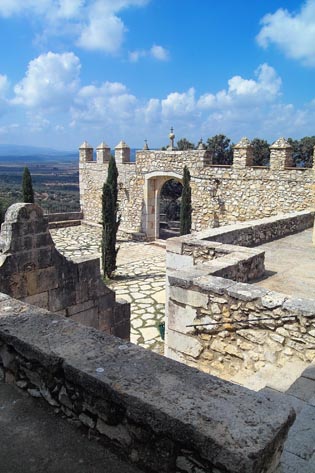 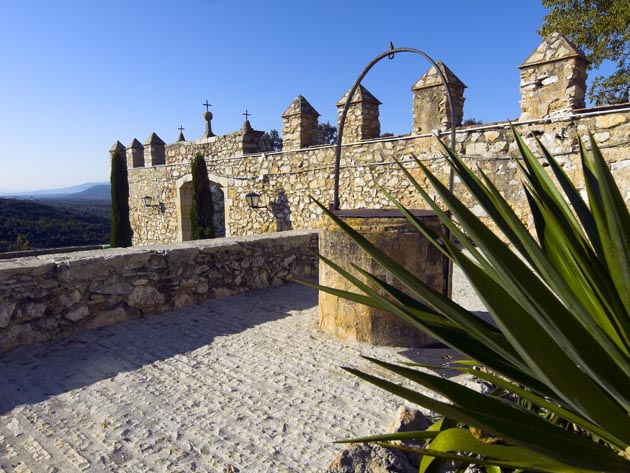 An interesting architectural complex dating from the 16th to the 18th centuries composed of the church, the hostelry, the lookout, the well and other annexed constructions.

The devotion to the patron Sant Mateu, la Virgen de los Ángeles started in 1584 when the hermit Sebastián found an image of the Virgin in the concavity of the altar of the Ermita de San Antonio, before the current one.

Important dates in the history of the monumental complex are the 25 October 1585 with the donation by Vicente Cerdá of the chapel and hill to the Jurados de Sant Mateu, the creation in 1866 of the Sociedad del Oliver y Redonda de Nª. Sra, de los Ángeles and the 13 April 1866 purchase on their behalf of the confiscated and auctioned farm 1865, the fire that destroyed the interior of the chapel on the 13 December 1918, the blessing on the 26 June 1921 by Pope Benedict XV of the new image sculpted in marble from Carrara, the arrival of the new image to Sant Mateu on the 30 April 1924, his enthronement on the 27 September 1925 and the celebration of the 4th Century in the year 1984.

The festival of the Virgen de los Ángeles is celebrated on the second Saturday after Easter.

In this location, a chapel dedicated to San Antonio Abad and San Pablo Ermitaño has existed since the 15th century. It was absorbed by the new church built from 1590 and completed in 1622. The hostelry, an ´”L” shaped building attached to the chapel was completed in 1590.

It is a church of Renaissance architecture and baroque decoration from the 17th century. Its central nave is covered with a vault. It has side chapels, a transept, a dome, a choir, a sacristy and a nice, where the image of the saint is venerated. The worked porch of the church has a low rounded arch and archivolts with reliefs representing angelic figures. Two pillars decorated with geometric patterns flank the arch.