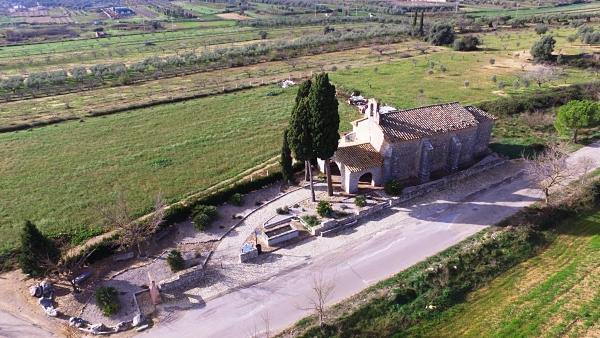 The first information on this chapel dates from the end of the 17th century although it was likely rebuilt on top of an older one. There are many shrines and chapels dedicated to St. Barbara on farmlands as she is venerated in order to be free from lightning during storms. Hence popular tradition still preserves the saying: "Santa Bárbara bendita, que mos guardo de la collita”. (Blessed is St. Barbara who keeps the harvest safe.)

A draft contract referring to the original decoration of this chapel during its construction has been found; however, it was not until 2001 that renowned painter Trinidad Sotos Bayarri painted an unusual Passion of the Lord with natural-size figures transmitting a serene feeling.  Neither gloomy nor dark, it’s a Via Crucis for La Salzadella featuring the people and landscape of La Salzadella.