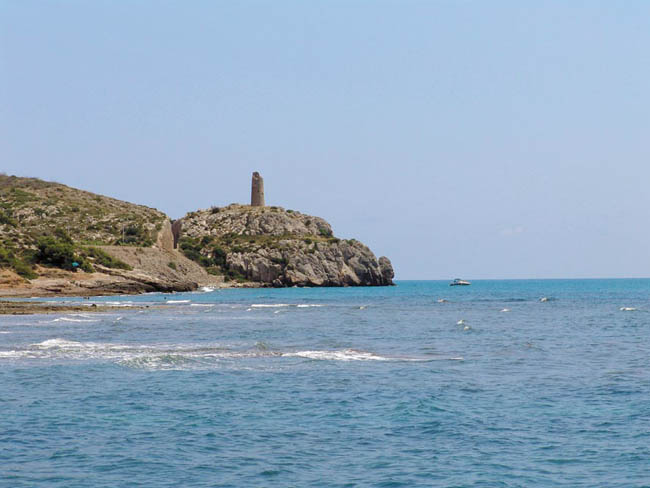 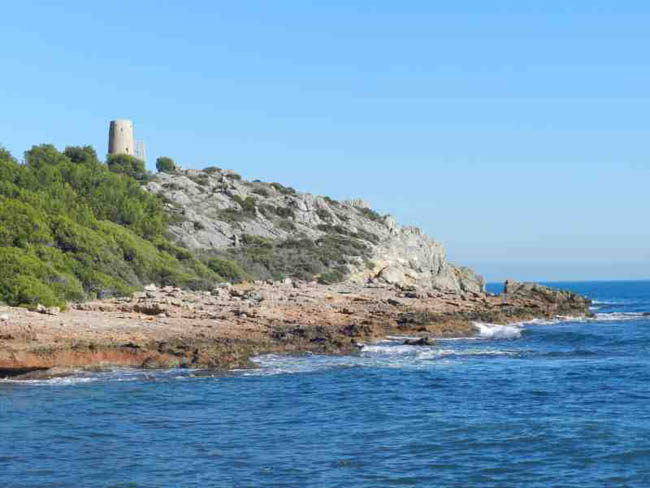 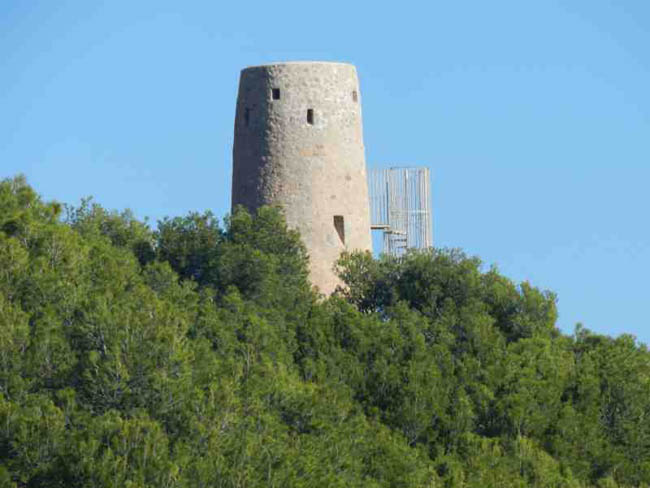 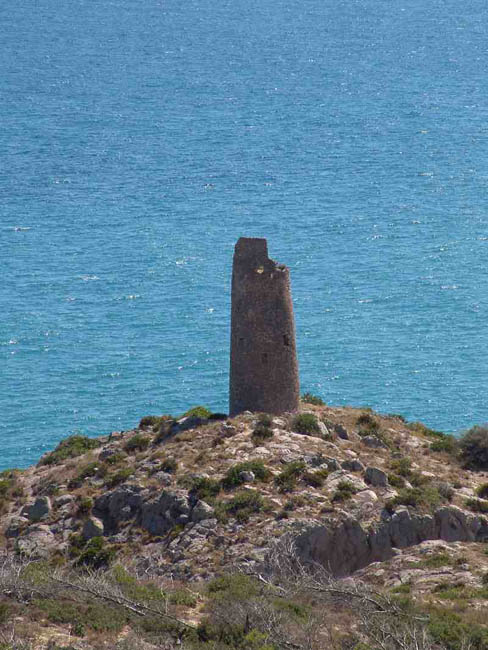 If you look at the profile of the coast of Orpesa/Oropesa del Mar to the north, you will find a uniform and fairly smooth shoreline that is easy to monitor. However, if you look to the south, towards the Renegá area, the relief is steeper, with a number of small coves.

The Colomera watchtowers were built as ancillary towers to the King's Tower, to provide greater visibility of the coast. The King's Tower is included in the 1728 inventory of arms and personnel of the watchtowers of the Castellón region, which was prepared under the mandate of the Prince of Campoflorido. The inventory indicates that the tower was equipped with two muskets, two lances, thirty-five musket bullets, gunpowder, four Spanish pounds, burning fuses and two rods, used by the foot soldiers Jaime Boix and Vicente Perciva. This tower is located on the coast, between the King's Tower to the north and La Colomera Tower to the south. It stands on a hill of calcareous rock from the early Cretaceous period and is surrounded by kermes oak trees and Mediterranean dwarf palms.

Although it no longer has any strategic value, the tower is still an ideal place to experience the juxtaposed sensations evoked by the sea and its breeze, the perfect backdrop for observing these natural structures and fascinating native vegetation.

The Torre de la Corda is open for visits on Fridays all year round free of charge:

Rest of the year: Fridays by registering at the tourism offices up to the Thursday before your visit. More information on +34 964 312 320