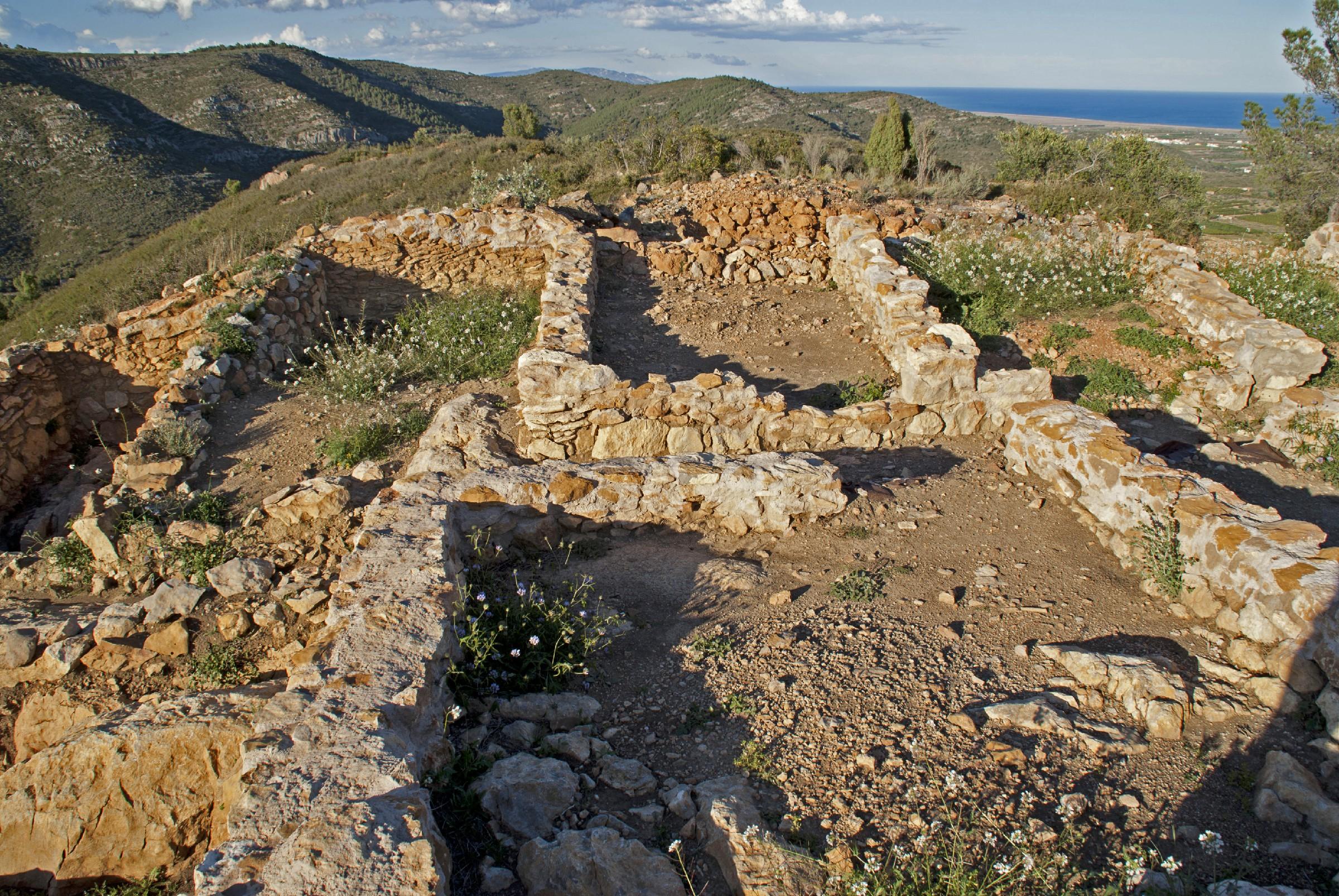 Tossal del Mortorum is a hill situated opposite the great coastal plain of Ribera de Cabanes, Torreblanca and Oropesa within the municipal boundaries of Cabanes in the local region of Plana Alta (Castellon).

Archaeological studies have identified various ruins from the past on this hill including a settlement and a burial mound.

Thus, it has been determined that the settlement was occupied approximately between 1950 and 550 BCE; in other words, from the Bronze Age to the first Iron Age.  On the other hand, the burial mound was used at different times during the Bronze Age as a tomb for the population.

Tossal del Mortorum may be visited on a trail posted with explanatory panels.

Virtual tour of the settlement

Virtual tour of the burial mound