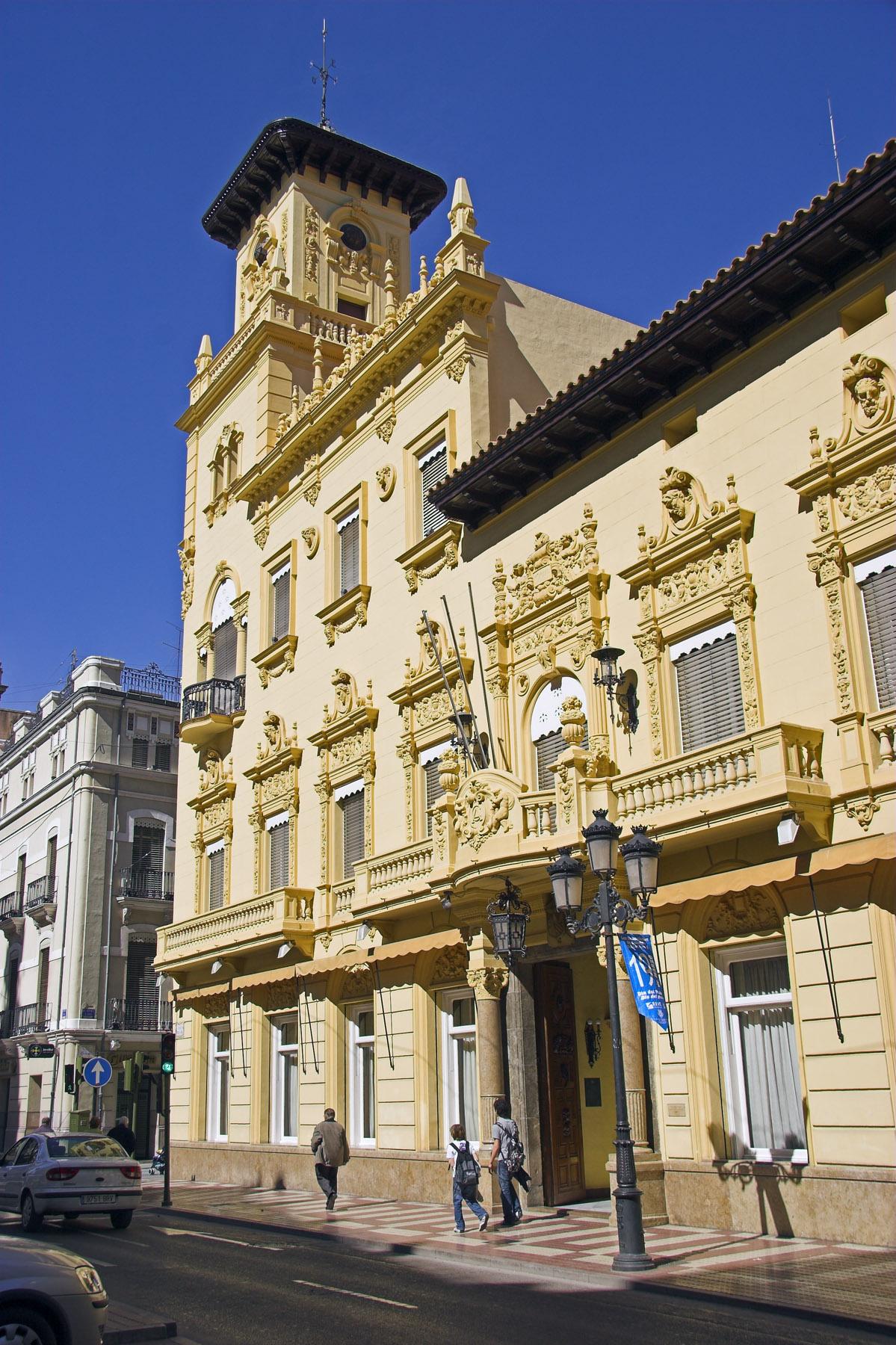 The main facade has a stepped profile that begins with the tower at the corner of Enmedio Street and reduces its height to the level of two floors. The opposite corner of the main facade is also topped with a tower that absorbs the changing heights with the lateral façade, which enters the garden.

The ground floor is distinguished from the rest by its treatment as a base, with run base and horizontal grooves in the walls. The intentional separation of this plant is produced through the balcony balustrade that marks the beginning of the composition of the upper levels. In these plants, vertical holes are reinforced by ornamental elements worked in stone.

It is an example of significant building by function, location and as well resolved case of a proposed reform. This building became one of the most representatives of Castellón, coinciding with the first work of an architect of great career such as Francesc Maristany Casajuana.